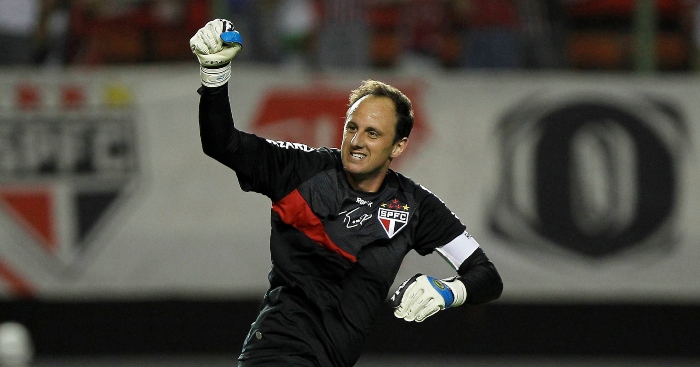 Sometimes, just sometimes, you couldn’t script it any better if you tried.

On Wednesday night in the Maracana, Rogerio Ceni oversaw his first match as manager of Rio de Janeiro giants Flamengo, just 36 hours after being thrust into the biggest job in Brazilian domestic football.

His opponent? Sao Paulo. Fate dictated that it could not be any other.

For those who have heard Ceni’s tale, the significance will be clear. For those who have not, Ceni was the goleiro artilheiro – the sharp-shooting goalkeeper – famous for his swerving, dipping free-kicks and unerring penalties who, over a 25-year professional career, was loyal only to Sao Paulo, playing 1,237 games, scoring 131 goals and lifting 18 major trophies.

To the whole of Brazil, Ceni is a superstar to be fawned over and lauded. But to Sao Paulo’s fan base he is hero and idol to a degree that is difficult to convey – a demi-god in the western suburbs of South America’s biggest city.

He has now been a manager for almost four years – in his very first taste of management, he spent a tumultuous seven months at his beloved Sao Paulo – but his new job is the best opportunity of his career so far. Flamengo are the reigning Brazilian and Copa Libertadores champions and have the strongest squad on the continent. 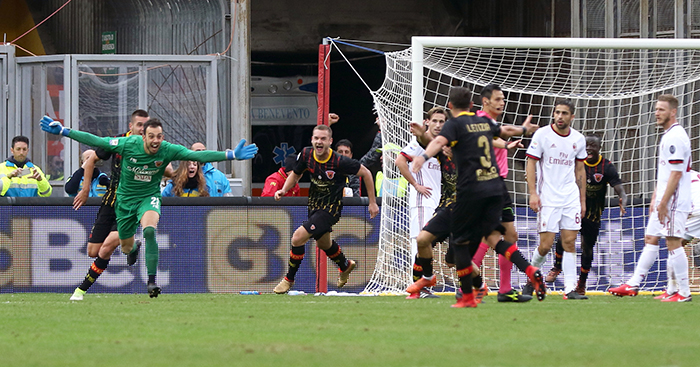 Wednesday’s game was a vital one, too, the first leg of the Copa do Brasil quarter-final. And almost inevitably, it was decided by a goalkeeper’s feet. Yet rather than a brilliant set-piece, it was an embarrassing lapse.

With 88 minutes gone and the score at 1-1, Flamengo centre-back Leo Pereira decided to play a short pass back to goalkeeper Hugo. The 20-year-old had only come on half an hour prior, replacing the injured Diego Alves, and had clearly not settled.

Rather than punt it long, Hugo controlled the ball on his left foot, trying to shift it onto his stronger right. But he dallied and Sao Paulo were pressing high.

Brenner – a forward who was handed his professional debut by Ceni in 2017 and has recently hit a dazzling run of form – closed Hugo down, poked it through his gangling legs and smashed a shot into the unguarded net from all of two yards.

Hugo, who has previously spoken of idolising Ceni as a child, slumped to his back and covered his face with his big, orange gloves.

It was a blow, but Ceni defended the young ‘keeper in his press conference and will now be looking forward, both to the return leg against Sao Paulo at the Morumbi Stadium as well as the league and Libertadores.

And he will believe that, with the resources at his disposal, he stands a chance of winning all three titles. If Ceni can manage just one of them, it will be the defining moment of a still-nascent career.

After hanging up his gloves (and shooting boots), Ceni decided to go into management, and in the wild world inhabited by Brazilian football coaches, he has already squeezed in enough to last most of his European counterparts a lifetime.

When he announced his intention to coach, it was widely expected that he would ease himself into the dugout at a smaller club, but a big job – for him, the big job – immediately fell into his lap.

Sao Paulo have not won a trophy since 2012 and have lurched from one crisis to the next in the years since. From the end of 2012 until today, they have been through 14 different permanent managers. Ceni became the eighth in that succession after Ricardo Gomes was sacked late in 2016.

He brought in two European assistants – Frenchman Charles Hembert and Englishman Michael Beale, now Steven Gerrard’s assistant at Rangers – which was a bold and unprecedented move. Unfortunately for him, though, things did not work out.

READ: What happened to Ganso, the goose with too few golden eggs?

For some, it was a case of too much too soon, but Hembert told me last year that Ceni and his staff felt they were not given a fair crack of the whip.

One incident Hembert recalled was arriving at the training ground one morning to be told, without any prior warning, that one of their best players had been sold and that they would have to give a press conference immediately announcing his departure.

As a result of such occurrences, some Sao Paulo fans still accuse the club’s unpopular president, Leco, of using Ceni and his almighty aura as a shield to deflect criticism as he sold the family silver to pay off the enormous debts he had run up to help him win re-election.

Whatever the case may be, Ceni was sacked in July 2017.

After such a chastening experience, he would have been forgiven for having second thoughts. Yet in early 2018, the ex-goalkeeper finally found a more comfortable chair from which he could develop his reputation as a coach.

Fortaleza, a club from the homonymous city in Brazil’s north-east, had gone up from the third to the second tier and were looking for someone to maintain their momentum. Ceni delivered, leading the team to the Serie B title at the first attempt and playing some delightful attacking football en route.

In the early part of 2019, the success was sustained. Fortaleza won the state championship – beating bitter local rivals Ceara – and the regional Copa do Nordeste. As a result, Ceni’s stocks were high and in August 2019 Belo Horizonte giants Cruzeiro came knocking.

Cruzeiro were in even more of a mess than Sao Paulo had been when he took over there – saddled with crippling debts, beset with criminal investigations into club directors and sat in the relegation zone.

Ceni, for some reason, believed he could be the man to turn things around. Yet after 40 days, eight frankly awful games and an almighty public falling out with former Brazil internationals Thiago Neves and Dede, he was gone.

Fortunately for Ceni, the world of Brazilian football management is mad enough that in the same time that he had had his whirlwind tour of the Cruzeiro training ground, Fortaleza had also hired and fired his replacement, Ze Ricardo. 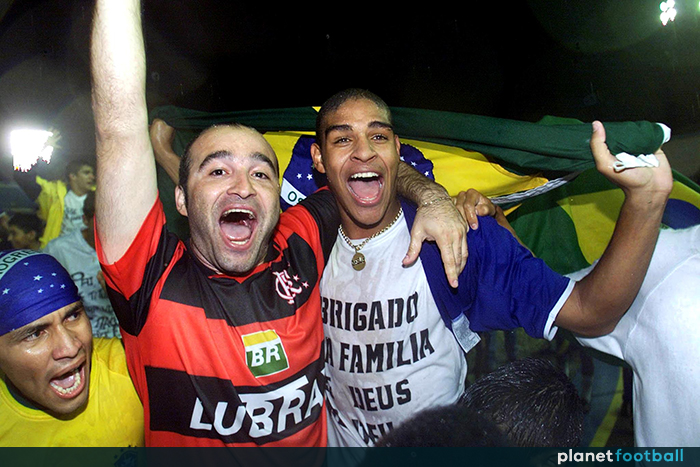 He was reinstalled in his old job as if nothing had happened and led Fortaleza to top-flight safety as Cruzeiro tumbled into the second division for the first time in their history.

Got all that? Whew.

Now, after another Ceara state title – the fourth trophy of his career – and another promising start to the season, Ceni has got his hands on the biggest job in the country. He replaced Domenec Torrent, a former assistant to Pep Guardiola, who in just three months on the job had already become deeply unpopular with Flamengo fans.

Flamengo’s recent results have oscillated wildly and the schedule in Brazil is so packed that domestic competitions do not even stop during international breaks, so he will have little time to implement his methods.

Training sessions will be limited as players focus almost exclusively on recovery. So, even with the strongest squad around, he does not have an easy task on his hands.

He will, then, have to be clever as he looks to get fans back onside, tighten up the leaky defence he has inherited from Torrent and rediscover the attacking thrust that made Flamengo such a pleasure to watch last year under Portuguese manager Jorge Jesus.

The risk of leaving Fortaleza, where Ceni had done so well, is substantial. But the potential rewards have proved too tempting to turn down.