Ruel Fox: We never thought we were going to win the league at Norwich 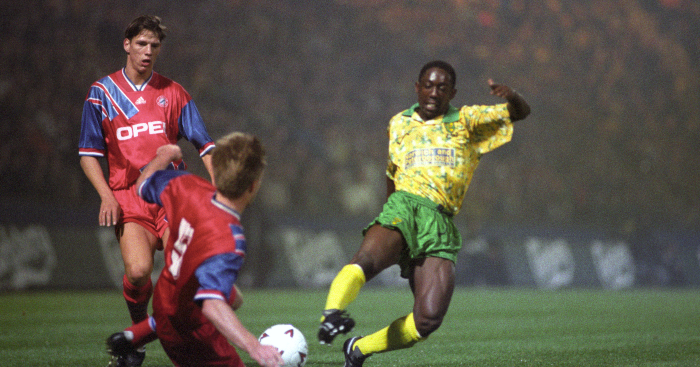 Ruel Fox became a fan favourite at Norwich City as part of the team that took the Premier League by storm – yet in an alternate universe he could have been doing the same for their fierce rivals Ipswich Town.

Describing himself as “Ipswich born and bred”, Fox might well have ended up with the Tractor Boys had fate not intervened.

Having landed a trial at Ipswich through his manager at boyhood club Whitton Albion, a 14-year-old Fox spent two weeks at the Portman Road club over one summer. He impressed but only to the extent that they were willing to offer him another week’s trial. It was a decision they would live to regret.

“I was living across the road from a friend called Louie Donowa, who was playing for Norwich at the time,” Fox says. “One day, I was talking to him about the situation at Ipswich and how I wasn’t sure if they wanted me. So, he suggested I come down to Norwich.”

Though Ipswich tried to convince Fox to return for another week, he decided to go and at least have a look at the set up over in Norfolk. Within days he had signed for the Canaries on a schoolboy contract.

“As soon as I went there, I knew it was the club for me. From the family feel, the players and just the setup of the club as a whole.”

Emerging as a fast, tricky winger, Fox was in and out of the Norwich first-team during his first few years at the club, but there were flashes of his obvious talent – including a memorable goal against Liverpool in 1990 he still ranks among his best.

The missing pieces of the puzzle

The arrival of the Premier League in 1992 signalled the start of an exciting chapter for Fox and Norwich.

Tipped to struggle under Mike Walker, who had just been promoted from his previous role of youth-team manager, the Canaries got off to a flyer with new signings Mark Robins, Efan Ekoku and Gary Megson complimenting a promising crop of young players that included Fox and Chris Sutton.

“Norwich were a decent team when I first started, but they were maybe lacking three or four players, the last few bits of the puzzle, to push on,” Fox says.

“That year, we just gelled as a team, almost immediately. We had a lot of young players coming through the ranks. Players that were hungry and peaking around the same time.”

Chief among these was Sutton, who had started as a centre-half before being converted to a striker.

“Chris was very underrated with the ball at his feet. When they moved him up front it was because he was seen as a target man, but they realised he had something. He was technically very good and only got better as he got older.” 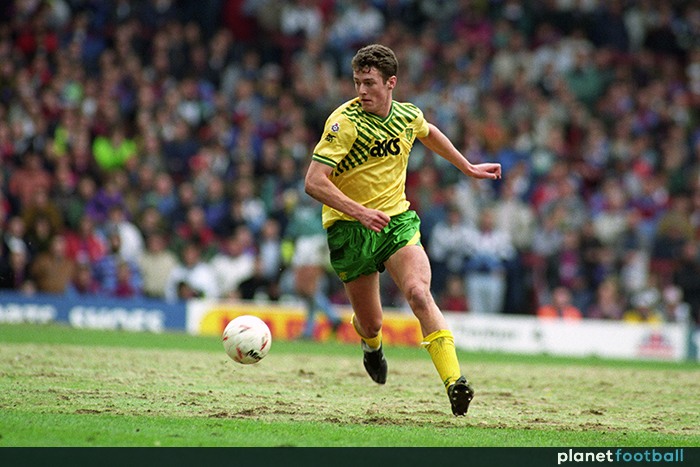 While the Norwich squad benefitted from good coaches behind the scenes, Fox says Walker was as much a motivator as he was a manager.

“Mike was not the kind of guy that would be overly elaborate with his tactics.

“All he did was join in with training, try and have fun with us and on a Saturday tell us to go out and enjoy ourselves. But it felt like the shackles had been taken off us.

“For the first time, we weren’t playing to the same old structure. I wasn’t just having to run up and down the wing getting crosses in. Mike was telling me to join the front two. He was just letting us go out and play. It was like what Manchester United were doing with Andrei Kanchelskis and Ryan Giggs.”

“Once that was established, we’d just be going out there every week and enjoy ourselves. That’s how the season started and it just carried on.”

‘We were on this adrenaline rush’

The tone was set on the opening day, away at Arsenal, with Norwich coming from 2-0 down to win 4-2 in sensational style.

“That was the game that made us sit up and think, ‘Do you know what, we aren’t a bad team when we get it together.’

“We had been absolutely dominating and still losing. Then out of the blue, we tightened things up at the back, I scored one goal and Mark Robins got a couple on his debut, including a chip over Seaman.

“After the game, we were in the players’ lounge just looking at each other in disbelief. But then we went out and did it again the week after. The belief we had, it just felt like we were on this adrenaline rush.”

While Norwich’s freewheeling style did threaten to come off the rails a few times – a 7-1 defeat to Blackburn stood out – the Canaries were in the title race until as late as April before they finally had their wings clipped by Manchester United.

Not that Fox was ever convinced they could last the distance in any case.

“There was never a point where we thought we would win the league,” he says.

“We just knew the more games we won the bigger our bonus would be. I don’t think the Norwich chairman expected us to be so high up the table.”

After finishing the season third, Norwich qualified for Europe for the first time ever, paving the way for one of the greatest nights in the club’s history: a 2-1 win over Bayern Munich in the UEFA Cup.

“The thing with beating Bayern Munich, it’s probably one of our most famous matches but to us it was just another game,” Fox says.

“The excitement of playing Bayern and going out there and expressing ourselves in front of this incredible crowd was great, but it never hit you how significant it was.

“We were just hoping to keep the score down. There was a moment of realisation though, that we were playing against World Cup winners and holding our own. The fact we had gone from being relegation favourites to playing in Europe was mind-boggling.”