Ryan Gauld: Scotland’s ‘mini-Messi’ has shrugged off the hype in Portugal 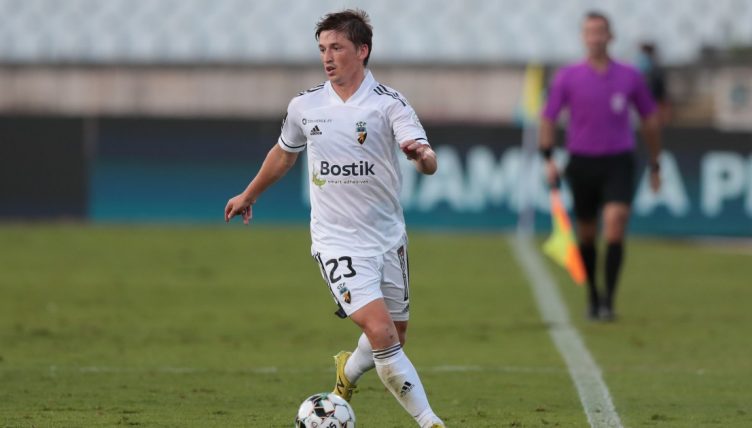 It is one of those delightful things, like the migration of swallows or the bloom of daffodils, that tells you summer is on its way. Every other May (usually in the even-numbered years) it arrives without fail.

What are we talking about? The weeping and wailing about omissions from major tournament squads, of course. ‘Why didn’t the manager include X?’, ‘What about Y?’, ‘How is Z not on the effing plane?’, the Twitterati, comments section warriors and pub goers howl when the final twenty-threes are announced (or twenty-sixes, in the case of the delayed Euro 2020).

This time around, Fikayo Tomori’s exclusion from the England squad has raised few eyebrows, as has Sergio Ramos’ omission for Spain. For France… well, for France there’s a whole squad’s worth of players who could’ve been included.

For Scotland, though, there was not too much consternation. After such a long absence, the Tartan Army are mostly happy to be participating. Yet if pushed on who wasn’t in the squad but might consider themselves unfortunate to miss out, many Scotland fans would give you the name of one man: Ryan Gauld.

Coming off the back of the season of his life in the Portuguese top flight and being strongly linked with a move to Southampton, there is certainly a case to be made for the 25-year-old.

Gauld’s name is one many will be familiar with, though some less assiduous followers of Scottish football may scratch their heads and think, why does it ring a bell?

If that is the case, then it is more than likely you heard of Gauld in days of yore, when knights were bold, David Moyes ruled at Castle Old Trafford and Dundee United had a crop of scintillating young prospects that led them to the 2014 Scottish Cup final.

Andrew Robertson marauded up the left flank, Stuart Armstrong was bossing the midfield and John Souttar looked comfortable at the back despite his tender age. The jewel in the crown, though, was 5’6″, 17-year-old, left-footed attacking midfielder Gauld.

Real Madrid, Juventus, Roma, Arsenal and Liverpool were reportedly interested in securing his signature and Moyes even travelled up to Tannadice to scout him in person. A BBC article led with the headline: “Lionel Messi and Ryan Gauld have more in common than their size.” The Guardian’s angle was similar: “Dundee United’s Ryan Gauld handling the hype of ‘baby Messi’ label.”

In the second paragraph of The Guardian’s piece, author Ewan Murray wrote: “Glasgow pubs, let alone Scotland’s amateur leagues, are filled with individuals once tipped as the latter-day Denis Law or Kenny Dalglish. Yet in the case of Gauld, the hype seems justified. Time spent in the teenager’s company illustrates that the level-headed young Scot is capable of dealing with it.”

Gauld soon left eastern Scotland – just after Dundee United had lost that cup final to St Johnstone – but it was for none of those aforementioned destinations. Instead he chose Sporting Lisbon an organisation renowned for its youth coaching excellence that play in a league that would suit his technical style.

“I’m really glad that I’m away from the hype which surrounded me,” Gauld told The Telegraph after his move. “I’d only played just a few games for United when there were rumours and stories about other clubs being interested. It didn’t really affect me but it was beyond belief it was happening after just a couple of games. To be over in Portugal now and starting again is really good for me.”

Yet once at Sporting, Gauld struggled. He barely featured for the first team, instead being sent to play with Sporting’s B team in the third and second tiers of Portuguese football. Loans at Vitoria de Setubal, Aves, Farense and Hibs did not work out, mostly for reasons beyond his control.

Five years passed, and his only appearances for the Sporting first team remained three League Cup starts and two league cameos off the bench in early 2015.

His contract expired and in summer 2019, he was a free agent. He was wanted in Scotland’s top flight. Instead, he chose to return to Farense, who had clearly seen enough during the short months he was there on loan to welcome him back with open arms on a two-year contract.

“I felt like I hadn’t accomplished everything I wanted to here [in Portugal],” Gauld said in a Guardian interview in May 2020. “I would have been leaving without showing to everyone what I can do… I wanted to get back to the first division here to prove a point.”

He did get into the first division, and at the first attempt, leading unfancied club Farense to second in the league before the pandemic brought an early halt to the season. Back in the top flight, he set about proving that point, too.

Even as Farense struggled to gain a foothold in the Primeira Liga, he stood out. In his first six games, he contributed two assists and a goal. In the seventh, he fired Farense to their first win of the season with a goal and an assist.

He did not stop there. In a limited team, he contributed nine goals and seven assists in total. He pressed and ran and created and generally tried all he could to help his team survive.

Great video where he explains the goal and his movements as they happen, all in wonderful Portuguese!

Still, Gauld’s best individual efforts were not quite enough; Farense finished second bottom and Scotland boss Steve Clarke remained unmoved. When Scotland’s Euro squad was announced on May 19, Gauld’s name was not on the list.

“Good player,” said Clarke when asked about Gauld’s omission, “had a good season for his club, although his club had a difficult season. But when you look at the area of the squad that Ryan’s trying to get into, it’s difficult to fit.”

Indeed, he may not fit at all. Gauld is a classic, technical No.10, a sort of player Clarke has not used for Scotland all that much. In his 3-5-2, the midfielders are generally all-rounders and the forwards more physical.

As Gauld put it in an interview with Canal 11 earlier this year (in perfect Portuguese): “In the last three of four years, there aren’t so many teams that play with No.10 with freedom behind the striker… Today, teams want control, and they can do that better with three midfielders.”

Gauld, then, will have to content himself with cheering from his home, though precisely where that home will be by the time the tournament rolls around remains mystery. The Scottish Sun have reported that Gauld has “30-plus” transfer offers, from teams in the Premier League, Championship, MLS and Portugal. The club most frequently mentioned is Southampton, where he would join back up with former Dundee United team-mate Armstrong.

He chose not to move to the Premier League when he had the chance in 2014, but next season, English football fans may well get the chance to see him up close. Those ‘mini-Messi’ tags are now a distant memory, but, after a long, winding road, Gauld may be on the verge of fulfilling his potential.