Ryan Sessegnon: A thinker, a controller, a player who doesn’t make mistakes

Less than two years before Ryan Sessegnon faced Tottenham at Wembley, he was scoring his first senior goal for Fulham.

It came just four days after his full debut and, in hindsight, provided a vivid description of his talent. Sone Aluko tricked and drove his way to the Cardiff City byline, cut the ball back and there, arriving late, was the 16-year-old Sessegnon to prod home.

Fulham wouldn’t win that game – in fact they needed a late Kevin McDonald equaliser just to rescue a point – but it was the beginning of Sessegnon’s climb to his current level.

Twenty months later and at the end of a 16-goal season, he would split the Aston Villa defence at Wembley and invite Tom Cairney in to score the only goal in the play-off final.

It was another fitting portrait: it was a move which depended on his vision and timing, and will now endure because of his execution. That is who he is.

Between the first notes and that crescendo, Sessegnon had also won the Under-19 European Championship with England in 2017.

That was a gifted side and, within it, he had been an instrument of destruction. Within his own age group, his pace was more relevant and his size not nearly as prohibitive.

His two-goal performance against Germany really framed those advantages: England broke their opponents’ back with Ben Brereton’s bullish centre-forward play and Mason Mount’s ethereal playmaking, but when it came time to kill the contest Sessegnon was ruthless.

That game occurred within England’s golden summer and, perhaps, helped to create a misleading perception around him. As a young, British full-back who can play a range of positions on both sides, the Gareth Bale comparisons were as inevitable as daybreak.

They don’t fit, though. They never did. Bale’s talent, even at its formative stage, hinged on dynamism and a very literal ability to change a game. He was a doer, rather than a thinker.

By contrast, Sessegnon is founded in method: he is not someone likely to leave four players in a heap after a dazzling run, and his goals might never trouble the end of season awards. He has a quieter sort of influence, one which depends on an understanding of a game’s detail rather than an ability to overpower everyone within it.

Saturday at Wembley was an unremarkable day for him.

As with every Fulham player, Sessegnon is having to adjust to the quicker and more physical environment and, by best estimate, it will be some time before they or he show their true self.

But there will still impressive aspects. He did a fine job in defence and it wasn’t a coincidence that, with him playing against Tottenham’s left side, most of the hosts’ opportunities came down the right.

Dele Alli had one of his quieter games and, compared with Kieran Trippier on the other side, Ben Davies had precious few crossing opportunities. Fulham’s right looked relatively secure. Their left was a continual avenue of opportunity for Spurs. 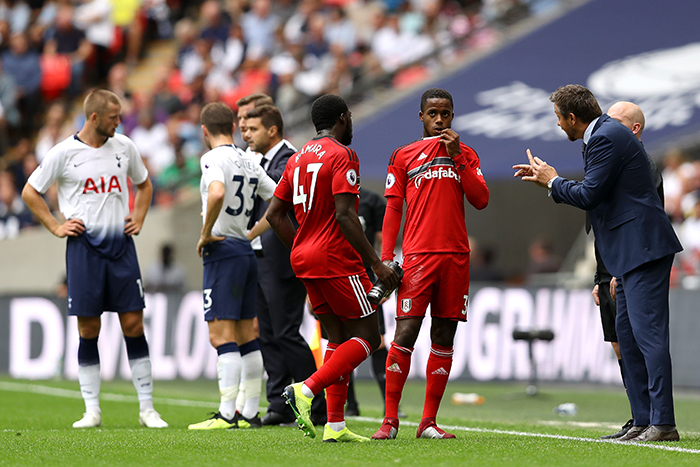 Sessegnon clearly knows his tactical role and what’s expected of him defensively, but it was encouraging also to see how often he was glancing over his shoulder and how aware he was of the players and situations around him.

Ultimately, it doesn’t matter how talented a footballer is, if he’s incapable of fitting into a system and performing as a component then he won’t play – or, at least, he won’t play in a way which doesn’t weaken the side around him.

Think of Adel Taraabt. There’s no positional or stylistic comparison to be made between he and Sessegnon, but the difference in approach is stark.

Taraabt was phenomenally gifted and, really, there wasn’t anything he couldn’t do with a ball his feet. Ultimately, that never mattered. He was so preoccupied with exerting influence that he never seemed to notice that there was a game taking place around him.

Think of Sessegnon as an anti-Taraabt, then, as someone who applies his abilities in the right, relevant doses.

The bulk of his contribution on Saturday came in his own half, but he also caused issues at the other end of the pitch. Fulham’s best chance of the first half came from his sly movement, as he drifted off Davies’ shoulder and behind Jan Vertonghen.

Those two form one of the more secure centre-half/full-back axes in the Premier League, yet he passed between them undetected. Hugo Lloris would ultimately make a smart, smothering save to deny Sessegnon, but it was nevertheless a fine bit of play.

In the second half, he put himself on a Premier League stat-sheet for the first time. Joe Bryan’s cross evaded everyone in the box, but Sessegnon reacted well enough to divert the ball back to the unmarked Aleksandar Mitrovic.

Whether his touch was actually meant as a cut-back is debatable, but if it were then it was a very fine indeed. From that position, Sessegnon probably couldn’t score. From his, Mitrovic couldn’t miss. 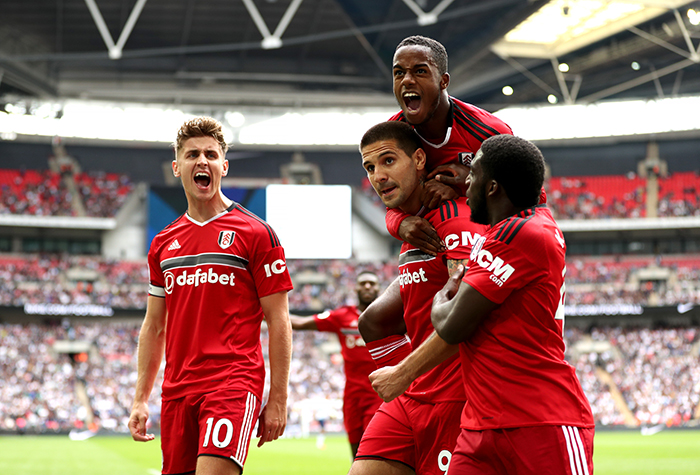 Compared with his performances in the Championship, this was an understated showing.

With all its details totalled, though, with the cumulative vision, anticipation, awareness and responsibility added up, anybody watching would have left Wembley feeling more encouraged than ever by Sessegnon’s future.

He has all the technique and skill, that’s not up for debate, but if he can marry those abilities with a developed appreciation for how and where to apply them, he can become everything that he’s projected to become.

‘I don’t remember any mistakes’

Clearly, there’s no obvious need to rush him into the senior England squad, but with the caveats now dropping away by the week it does seem like a matter of time.

Prior to the game, Slavisa Jokanovic had been glowing in his tribute, as reported by The Guardian’s Dominic Fifield:

“Sometimes you don’t know if he is on the pitch because you don’t hear so many times his voice, but his work is really good. He always pushes really hard, he wants to improve himself, his team-mates and the team.

“I don’t remember any mistakes. All of us can make some mistakes during training or in a game, but this kid is always focused on trying to improve, trying to learn, trying to adapt himself for each situation.”

In the past, Jokanovic has also claimed Sessegnon to be a hybrid of Bale and Marcelo, which is perhaps slightly less restrained, but in the quote above he really captures the essence of the player. This is a cerebral footballer, not a physical one.

The pliability Jokanovic refers to is also highly relevant, because he’s someone who appears to get wiser every time he takes the field. Learning from experience is a pre-requisite in professional football. Those who don’t tend not to stay on an upward curve for very long, but it’s rare to be able to chart a player’s growth so easily.

Part of that may be imagined, possibly through a desire to see Sessegnon succeed, but having watched him every few months over the past year, both for Fulham and the England representative sides, every game seems to show a new detail.

It’s not obvious, it doesn’t reveal itself through bewitching runs and thumping shots which thunder in off the crossbar, but it’s still clearly there.

“I don’t remember any mistakes.”

What a compliment that is. And what an encouraging indicator for the future.