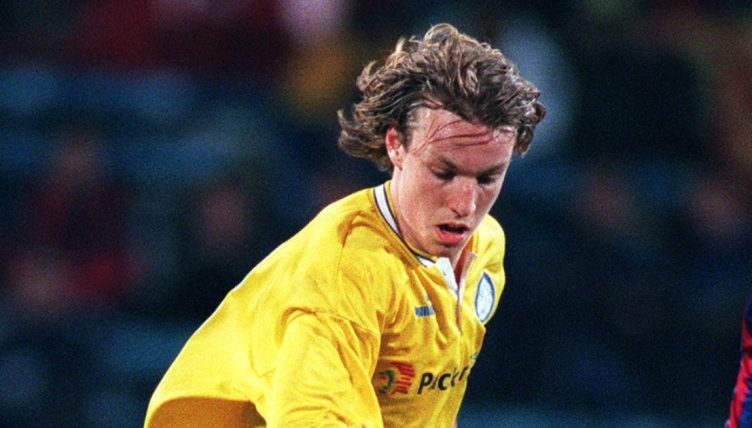 On September 21, 1996, Wesley Boyle made his debut for Leeds United. As one of the club’s most promising youngsters, the only way appeared to be up. But bad luck and even worse advice from a physio meant that his first game for the club would also be his last.

Leeds United’s most successful youth team provided the foundations for their Champions League tilt, yet one of their brightest talents from that team is only a footnote in their history after having his career ruined by injuries and poor medical advice.

Wesley Boyle was plucked from Portadown aged just 16 and would go on to play alongside Harry Kewell and Jonathan Woodgate for Leeds’ Under-18s as they won the FA Youth Cup in 1997 – but their careers eventually headed in rather different directions.

“Leeds saw me playing in the Irish league for Portadown’s first team and invited me over for a week’s trial, then I signed,” Boyle says. “It was hard to settle, but I was obviously never going to turn down the opportunity.

“We had probably one of the best youth teams in the country. Every player was outstanding technically.

“It didn’t take an expert to see Harry Kewell was going to be a great player, and Jonathan Woodgate was the other outstanding player in that team, but there were other good players from one to 11 and even the subs.

“We were beating teams every week – we only lost one game that season.

“A few of us had actually already made our debuts for the first team by that point. I’d made my debut, Harry Kewell and Alan Maybury had also played.”

Boyle made his first-team bow ahead of many of his peers as a 17-year-old against Newcastle United in September 1996, coming on as a late substitute for Ian Rush, a man almost twice his age.

Boyle had been in fine form for the youth team, but he certainly didn’t expect the chance to rub shoulders with the club’s elite so soon, having only been in Leeds for six months.

He was still living in digs at the training ground when he was called in to speak to his manager at the time, academy chief Paul Hart.

“I was actually meant to go home that weekend to visit my mum and dad, but then I got called into the office by Paul Hart and he told me I was with the first team that weekend, which was a big surprise, especially as I was only 17.

“The youth team manager actually said I might be starting the game as Lee Sharpe was carrying an injury, so told me to be prepared to start.

“I was thinking ‘flippin’ heck’ and the nerves were kicking in, but I ended up on the bench.

“I came on for 10 minutes at the end. George Graham was the manager, but he didn’t say anything to me, David O’Leary was the assistant and he called me over and told me I was going on for Ian Rush.

“He told me to just go and show what I could do, enjoy it, and that was about it.” 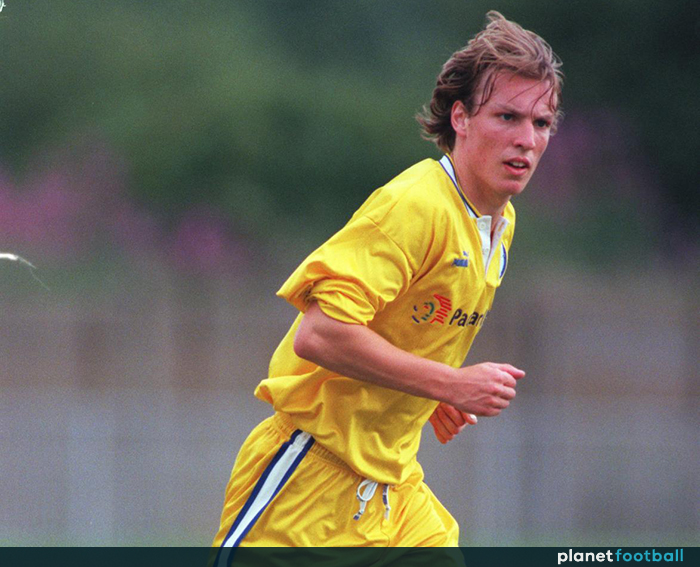 It was a baptism of fire for Boyle, who was sent on in an attempt to rescue the game after Alan Shearer had given Newcastle the lead.

“They put me on up front for the first couple of minutes, but I was up against Darren Peacock and he was absolutely huge,” Boyle says. “I remember going up for a ball with him, but he was about three foot bigger than me.

“I moved to the left wing and got a couple of touches down in the corner, but the game just blew by in a blink of an eye. We were beaten 1-0 by a great team with Ginola, Asprilla, Keith Gillespie and David Batty.”

Unfortunately for Boyle and his contemporaries, opportunities for Leeds’ young stars were limited for the rest of the campaign as Hart and George Graham had a disagreement, leaving their young starlets kicking their heels.

“I think the falling out between the youth team manager and the first-team manager really hampered the progress of some of the lads,” Boyle says.

“We were playing well all that season and used to play against the first team every Friday in little training games always looking to impress.

“Paul Hart was pushing to get Jonathan Woodgate in the team, but George Graham wouldn’t put him in, so it was something to do with that.

“The youth team manager ended up leaving the next season to go to Nottingham Forest after we’d won the FA Youth Cup.” 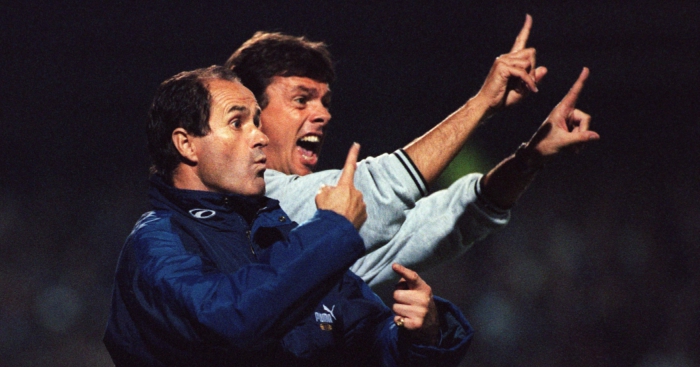 READ: How George Graham turned an England starlet into a Leeds United outcast

Woodgate, of course, would go on to get his chance, but there would be no more appearances for Boyle as he succumbed to injuries, exacerbated by the advice he was given by Leeds’ medical staff.

Despite his best efforts to get back to fitness, Boyle would never get another chance to play first-team football at Elland Road.

“The first injury I had was an abscess in my calf, poison in the calf, which I needed an operation for, and that put me out for a couple of months, then about six months later I got the main injury which basically ruined my career at Leeds.

“I got bone shaved off my left heel and basically had that operation twice, which kept me out for two years or so.”

“Looking back I don’t even think I needed the operation. The surgeon said I’d be back in six weeks, but after having bone shaved off your heel that’s not going to happen.

“I just did what the club said, but I wasn’t even walking properly a year after that, never mind coming back in six weeks. They did the operation again as little growths were growing on my heel bone and they were having to shave them off again, which was a bit of a nightmare.

“The whole heel was a different shape and the Achilles tendon was twice the size of the other one after those operations so that definitely halted my process.

“The club sent me home from November until the end of the season as they said the physio couldn’t do anything for me and I would need to go home to rest it.”

Returning to football at all looked unlikely at one point for Boyle, but eventually Leeds dismissed their physio due to his handling of the situation, and Boyle was given hope of returning to the sport he grew up on.

“I came back the next season and tried play on it, but it was still sore so they wanted to give me a third operation – a heel reconstruction – which would have totally finished me,” he says.

“But that physio got the sack by Leeds as he was absolutely useless, and a new physio came in from Blackburn, Dave Hancock, who said straight away that I shouldn’t have that operation as I wouldn’t be able to walk properly.

“He gave me six months rehab and got me back playing that season. He was great for me and I got an extra year’s contract to prove myself, which was going OK, but then I went over on my ankle.” 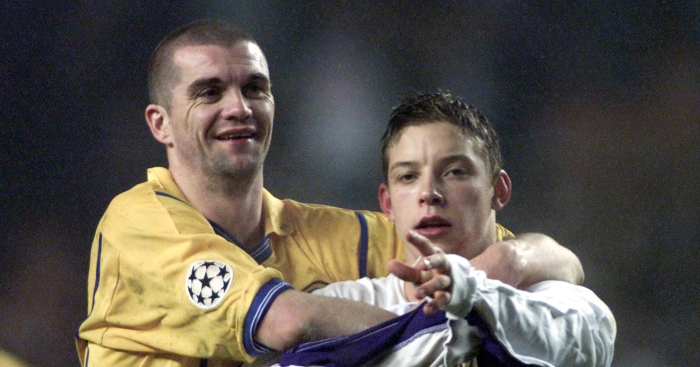 Leeds were flying by this time, reaching the Champions League semi-finals in 2001, but Boyle could only watch from the treatment table. It wasn’t meant to be.

“It was exciting times for the club, they were flying the Champions League, up the top of the Premier League, so it was frustrating for me,” he says.

“All the youth team players were getting games in the first team, whereas I had been above them in the pecking order to start with.

“I was just stuck in the physio room from nine to five every day, spending many hours in the gym on my own – it was a bit of a nightmare.

“It got to the stage where I thought I was going to have to retire from football, so it was hard to watch those games, but I was happy for the lads.”

Trial spells at Rushden & Diamonds and Hull City came to nothing, leaving Boyle to return for a decade-long spell at Portadown, where he would go on to win the league and play in Europe during his 200 appearances for the club.

He wanted to return to England to prove himself, but his dream would never materialise, leaving him with only 10 minutes against Newcastle to show for his time across the water.

“I am just happy I had a career as I think a lot of people would have given up with those injuries,” he says. “I look back and think how pleased I am to have the resilience to come back from all those injuries, but I just kept on going as I wanted to play football.

“Playing in front of a full house at Elland Road against Newcastle United in the Premier League – it’s got to be the best moment.

“That and the FA Youth Cup final are the two top ones for me. I will never forget playing at Elland Road with the atmosphere, it was absolutely mental. And being on the same pitch as such great players, it was unbelievable.”

This interview was originally published in May 2017.