As far as references on a professional footballer’s CV go, Paul Scholes’ name isn’t far from being as good as you can get – as Sadiq El Fitouri discovered on the Disney journey that took him from park player to Manchester United in the space of three weeks in 2014.

Born in Libya but raised only a stone’s throw away from Old Trafford, El Fitouri’s first glimpse of elite football actually came with Manchester City, where he was signed as a youth player alongside two of his friends.

The trio all failed to ultimately make the grade with City. In a 2015 profile on El Fitouri for the Daily Mail, Mike Keegan paraphrased a City source: “Without wanting to sound nasty, they remembered him as someone who could cope physically but wasn’t the greatest with other aspects of the game. A late developer, he spent around a year with the club before he was released more than a year ago and never got anywhere near the first-team squad.”

Upon his release by City, El Fitouri continued playing recreationally for local sides, away from the seriousness of trying to break into an established club’s set-up. But the ambition and determination clearly hadn’t completely left him as, after nine months, the defender contacted Salford City via their website to ask for a trial.

Salford were playing in the Northern Premier League at the time, the seventh tier of English football. They had only been under the control of Manchester United’s fabled Class of 92 – and Peter Lim – for a matter of months.

‘This lad is definitely a player’

Under manager Phil Power, El Fitouri failed to get a look in at right-back. But Power was soon sacked, and Paul Scholes and Phil Neville stepped in as caretaker bosses. From then on, El Fitouri’s luck changed.

Neville only needed to see the then-20-year-old in a bleep test to know something was different about him, telling the Manchester Evening News: “I thought, ‘Wow, this boy can run!’ I was even more surprised when he told us his background story. After being released by City he’d fallen out of love with football until contacting us.”

After the bleep test came an 11v11 practice match: “It was absolutely freezing. Sadiq went down the wing, went past a player like Cruyff then stroked the ball into midfield. I’d been drawn to him since that bleep test, but the more we watched him in training, the more I thought, ‘He’s a player.’ After four times I thought, ‘This lad is definitely a player.’

Having made such an impression on two former England internationals, there was no way El Fitouri was going to be left out of the Salford team for their next fixture, against Kendal Town.

“We both said he had to play,” Neville said. “Within 35 minutes we’d both seen enough for him to show us that he was far too good for this level.”

Convinced El Fitouri should be playing at a higher level, Neville considered recommending the player to Bury boss David Flitcroft. Scholes, meanwhile, suggested the idea of putting his name forward to Oldham Athletic.

In the end, they decided the coach with the best eye for a young player they knew was Warren Joyce, who just so happened to be managing Manchester United’s Under-21s at the time. A trial was arranged and after a week – and just three weeks after he initially contacted Salford City – El Fitouri put pen to paper on an 18-month deal at Old Trafford, commenting it was “a dream come true”.

Incredible story on @SalfordCityFC on Sadiq El Fitouri. Well done to Phil and Scholesy for showing belief in a lad who was out of the game!

“There’s something mystique about him – he has a bit of swagger,” Neville said in the documentary Class of 92: Out of their League. “Sometimes you get a gut feeling on a player and I had it.”

But was the story as romantic as Neville and co. liked to portray?

Part of Salford’s early remit was to pick up players discarded from academies, reignite their passion for the game and, hopefully, pocket some money by selling them back to the Football League. El Fitouri never signed a contract with Salford, meaning they never received a fee from United, but it was an early feather in their cap after six months of their ownership to show to any prospective talents in the future.

A rather telling line by Keegan in the Daily Mail noted: “It’s been sold as discarded City kid gets adopted by United legends who find him a new home with their old club. It’s a romantic story and has certainly garnered some great PR for Salford City FC. Some (not I) would tell you that’s exactly what it was intended to do.”

It was also mooted that United had simply signed El Fitouri to bolster their Under-21 ranks, allowing them to loan out a more highly-rated prospect to gain first-team experience elsewhere.

Either way, it didn’t work out for El Fitouri at United. “He struggled in the second-string and was never considered for the first-team by Louis van Gaal,” wrote the Manchester Evening News.

He did earn an initial contract extension and was named in United’s 25-man squad for the 2016-17 Premier League under Jose Mourinho, but he never made it as far as a matchday squad. 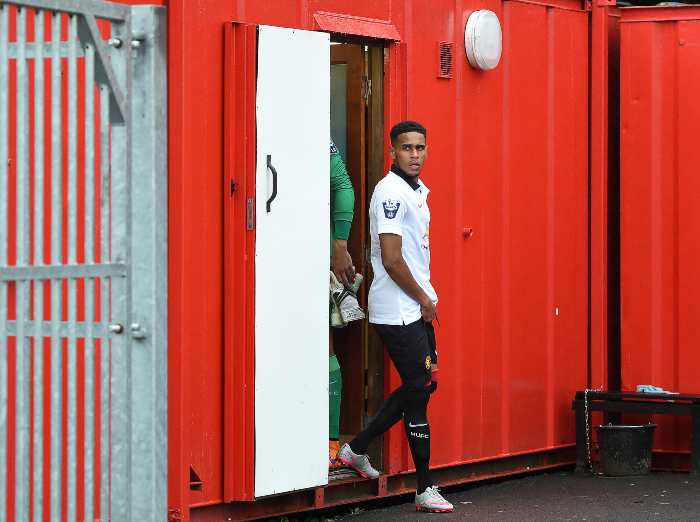 Midway through that season, El Fitouri was released and joined Chesterfield in February 2017. He played twice for the League One outfit, ending on the losing side in both games, and made headlines by going AWOL and failing to report back to the club after being given some time off due to personal reasons.

Upon Chesterfield’s relegation to the fourth tier at the end of the campaign, EL Fitouri was released.

It has been a theme which has continued throughout the player’s subsequent career. He returned to his birthplace to join Libyan Premier League champions Al-Ahli Tripoli in July 2017 but lasted only six months. In January 2018, he moved to Romania to join Politehnica Iasi, where his contract was terminated after an injury-stricken two months.

Over a year passed before El Fitouri was reportedly back on the move amid some spurious reports he had joined Sudanese club Al-Hilal Omdurman on a two-year deal, which seemed to stem from a post on the club’s Facebook page, but there is no record of the defender ever turning out for the side.

Whatever the truth, his achievement in going from playing in parks to signing for Manchester United in the space of three weeks shouldn’t be diminished. Phil Neville was undoubtedly right about one thing: there will always be an air of mystique around Sadiq El Fitouri.