Seamus Coleman: ‘I believe that Everton will win a trophy very soon’ 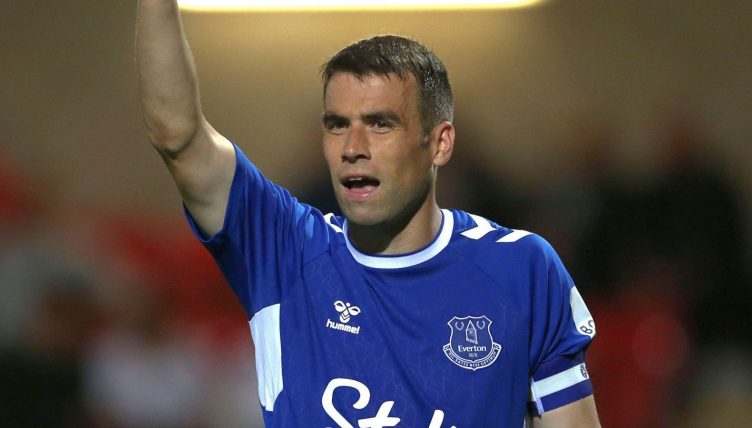 When Seamus Coleman reflects on his enduring Everton journey, one piece of the jigsaw is missing.

The Irishman who joined Everton for a bargain £60,000 from Sligo Rovers in 2009 recently claimed the title as the longest serving player at a Premier League single club, with his 385 appearances for the Toffees a glowing confirmation that he has long since cemented his place among the Goodison Park greats.

Yet as the 33-year-old Republic of Ireland captain spoke at a SPAR Better Choices event, it was clear that adding the trophy that would define his story is the primary motivating factor driving him on.

Coleman, who is in the midst of his 14th season as an Everton first-team player, says: “We all want to be winners in sport and if I get to the end of my time at Everton and haven’t won anything, I’ve not achieved what I wanted in this sport.

“You start out in football with small targets. To get into the first team, to try and hang on to your place and then when you get to that point, you start to think of more. For a long time now, I want to be on the list of players who have won a trophy for Everton and that desire is massive for me.

“When you are part of a great club like Everton for as long as I have been, you understand what the club means. Then you want to be part of that history.

“The videos are always of players from our great teams, and the images of Everton players lifting trophies in the 1980s are all around you. It reminds you how big the football club is.

“When some players sign for Everton, they don’t realise how big the football club is and how successful it was. Yes, those trophy wins were a long time ago, but they helped to build Everton into what they are now.

“That’s what we have to aspire to. You don’t want to be remembered as someone who played 400 games for Everton and won nothing. I want to win a trophy at the club and I will keep trying to do that for as long as I’m here.”

Managerial changes have been a familiar sideshow for Coleman during his time at Everton. Yet the Everton captain insists current boss Frank Lampard is the right man to lead the club forward, after last year’s tense and ultimately successful fight to avoid Premier League relegation.

Coleman continues: “What’s disappointing for me is we’ve had so many managers and change over the years. Frank is here now and he is doing a great job, so the players have to do everything we can to give him the support he needs.

“Ultimately that’s a reflection on the players when a manager loses his job. Players are responsible for bringing success to a club and maybe we haven’t done that enough over the years.

“Everyone here wants that success and we’ve not got that recipe yet for whatever reason. I do believe that the club will win a trophy very soon.

“We will be going into a new stadium very soon and when we get there, we want Everton to be in a place where they are challenging at the top of the game. That’s what we are all fighting for here.”

At the age of 33, life after football will soon be a subject on Coleman’s agenda and while management and coaching could be part of his future, a step back into a quiet life in Ireland with his three children and wife Rachel may appeal.

“I see a lot of players saying life after football can be a scary thought, but it doesn’t frighten me at all,” he says.

“My life has always been focused on family and football and when the second one of those goes, I won’t need the daily acknowledgement from people or the applause of the fans. I don’t need that in my life. I’m not going to miss the feeling of being a footballer, that’s how I feel now.

“Will I will go into management? I don’t know. When you have worked under so many managers as I have, you do take a lot from each one. If I went into coaching and management, I’d take what I have seen from them with me into that job, but it is a tough job. You never really switch off.”

Coleman’s longevity in the Premier League has ensured he has benefitted from material wealth that comes with the modern game, yet this is not a player who is motivated by flash cars and brash opulence.

A father of three with his wife Rachel, his desire to do things the right way is more pressing that a desire to stand out from the crowd. 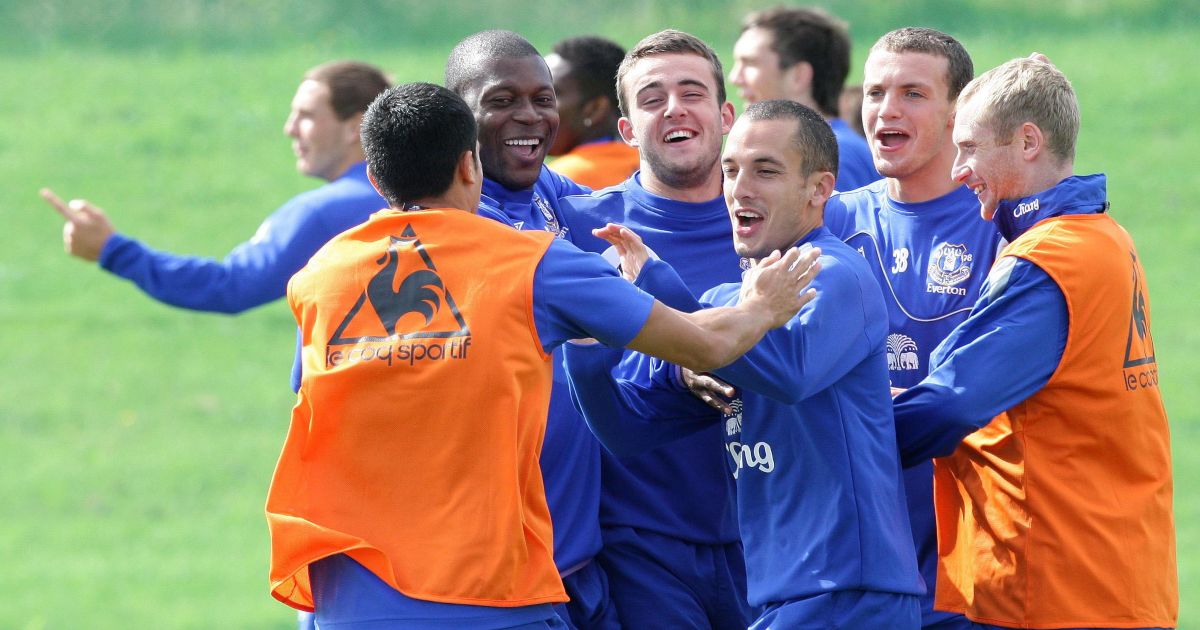 READ: I did work experience with Everton… and it literally scarred me for life

“I’ve never been materialistic and that’s probably due to my upbringing back home in Ireland,” he adds. “My parents brought me up to respect everything and everyone and money has never been that important to me.

“Of course, I have a nice house and a nice car and if you do well in life, then you can have that. But I will never be the type that has ten watches lined up in the house to pick from every morning. That isn’t really my thing and my family will always come first for me.

“I want Everton to do well, of course, but making sure my wife and three kids are all okay is the first priority and that’s the way it should be for any father.

“I have been brought up well by my parents and just because I kick a ball around a field and few people watch every time I go on the field, it doesn’t mean I’m any better than anyone else.

“Some people change if they do well in life, but this job I have is not a reason to become someone you are not. That will never be me.

“Anyone who goes out on a football pitch thinking about the more they are earning has the wrong mentality and if I ever see a kid at Everton and think he needs to bit of guidance in this area, I will take him aside and have a word.

“I got into football because I have a love for the game, not because I wanted to make lots of money. Luckily for me, the desire has never been affected by the money you might get and anyone who wants to succeed in this sport needs to have that attitude.”

As part of the SPAR Better Choices campaign, SPAR has created recipe ideas for lunch boxes, after-school snacks and weekend treats that are packed full of nutritious fruit and vegetables and help encourage healthy habits into weekly routines.