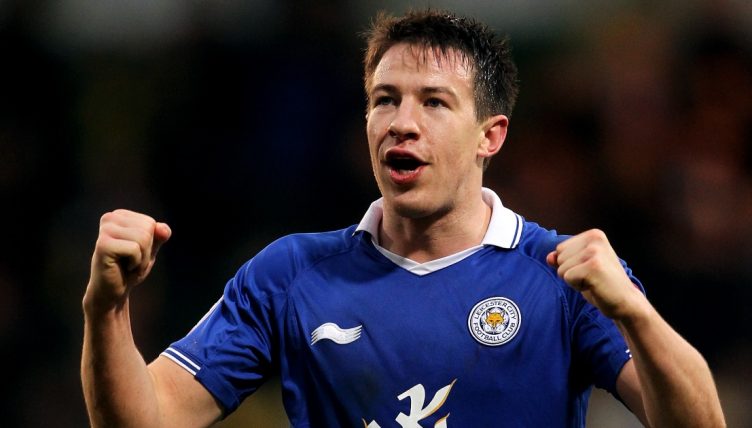 Sean St Ledger has 37 caps for Republic of Ireland, has played in the European Championship and once scored against the reigning world champions – but a move to MLS opened up a whole new world of possibilities.

“I wouldn’t have trained with Kaka otherwise because there was never much chance of me joining Real Madrid,” he jokes.

St Ledger came through the ranks at Peterborough United and established himself as one of the most highly-rated defenders in the Championship while at Preston North End, but by the start of 2015 his career had reached its nadir.

After a loan spell at Middlesbrough, St Ledger joined Leicester City in 2011, but despite collecting a Championship winner’s medal in his final season with the Foxes, he endured a largely frustrating time at the King Power Stadium and began the 2014-15 season without a club.

He eventually signed a short-term contract at Ipswich Town but failed to make a single appearance for the club before being presented with an opportunity to join Kaka at Orlando City.

Before long he was being forced to deny rumours of a relationship with Taylor Swift. It was quite the turnaround. 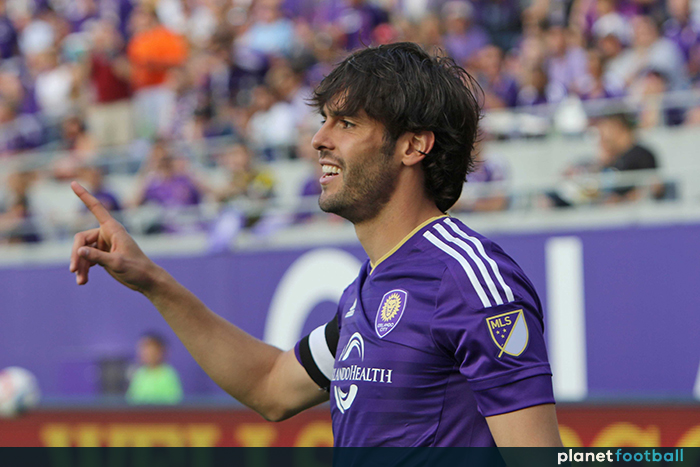 “I was with Ireland and I had a phone call from my agent,” St Ledger says. “I wasn’t playing at Leicester at the time. He said: ‘DC United are interested, would you go?’

“It wasn’t the right time, but when my contract ran out at Leicester, I went to Ipswich for a couple of months and then on trial at DC United in January.

“I played for them in a pre-season friendly in Florida and after a week training with them they said that I wasn’t going to get a contract, but Orlando wanted to give me a trial. I went there for a week or so and then I got a contract there.”

Getting to know Kaka

St Ledger had played against Kaka once before when Leicester hosted Jose Mourinho’s Real Madrid in a pre-season friendly in 2011, but he could be forgiven for believing at that stage he would never be lining up alongside the former Brazil and Milan superstar.

And though many may have presumed otherwise, St Ledger says Kaka’s commitment and professionalism were still evident during their time together in Florida.

“The one thing that surprised me most about him was how strong he was. He’s probably six foot but not entirely muscly. Yet there were times in games when players were trying to get the ball off him and he was holding them off. It was incredible.

“After time, I realised that he would come into training early and had his own personal trainer. He would do core exercises and he would work so hard before training on different stability stuff.

“It made me realise that’s the reason he’s as strong as what he is because he comes in and works hard. That’s the side that people don’t see, the guy is obviously talented, but he works so hard before training.”

Sean St Ledger "Never in my wildest dreams did I think I would be on the same team as #kaka." http://t.co/BtBICIKXlu pic.twitter.com/gmUFcFcxOj

St Ledger’s previous appearance against Kaka came just after he had been signed for Leicester by Sven-Goran Eriksson, but his performance that day, in his first outing at the King Power, was a sign of what was to come.

“I got roasted by (Karim) Benzema in that game, but I had a bit of an excuse,” says St Ledger.

“On the way to the game I was driving and I could hear a racketing noise coming from the car. It was literally a brand new car and as I was about to stop, the wheel fell off and went into an island.

“My car skidded and I must have crashed into someone. I was quite shook-up about it. I was on the bench anyway, but I only got there at 10 to three.

“Forty minutes into the game I could see someone was about to come off injured and I was still lightheaded. I came on in the second half and it’s fair to say it wasn’t one of the greatest games I’ve played.”

Leicester had been taken over the previous summer by the Thai consortium fronted by Vichai Srivaddhanaprabha and paid the Spanish giants £2million for the friendly fixture.

Though St Ledger’s own time at the club did not go as he would have hoped, he enjoyed his short time playing for Eriksson – he was sacked after 13 games of the 2011-12 season – and could tell that they were on the verge of something special.

The infrastructure at the East Midlands side and the recruitment strategy enabled them to create history just two years later, but inevitably they made mistakes along the way.

“He (Eriksson) was a top man and a nice guy. We had a big squad back then and so there were times when we weren’t in the A team, almost as if you had to take turns to be left out of the squad because there were that many good players.

“But I think what players want is just a bit of respect and he gave that to everyone. If you weren’t going to be in the squad, he would come and tell you. It was difficult to get angry with him because he was so nice about it.

“The owners are really good people too and very sensible. They had intentions of going straight up.

“But they made some bad signings, and I might have been one of them! I didn’t really play that much, I was injured a lot.”

Eriksson, of course, wasn’t the only internationally-renowned coach St Ledger played for having been handed his Republic of Ireland debut by Giovanni Trapattoni, who managed Juventus to six Serie A titles and held the top position at AC Milan, Internazionale, Bayern Munich and Benfica.

He spent five years with Ireland and was known for his defensive approach, but St Ledger thoroughly enjoyed his time working for the Italian. 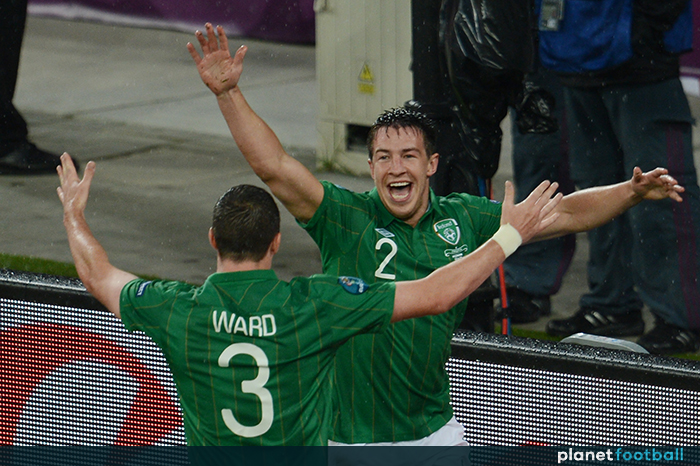 “Some would come up to me and say, ‘You must have always worked on defending’ or ‘He was real defensive, wasn’t he?’, but it wasn’t to the point where you were getting sick of it.

“We were organised and difficult to breakdown, and we did work on it (defending), don’t get me wrong, but it wasn’t as much as people think.

“But I learnt a whole lot from him about defending. And he gave me a lot of confidence and encouragement, maybe not one-to-one, but just by picking me and playing me.

“I knew his track record, the clubs he had managed and the players he had worked with, so when you get a manager who picks you it kind of installs confidence.

“His assistant manager Marco Tardelli was brilliant with me too. They were the best years of my career.”

This interview was originally published in June 2017.