Seb Carole: Dennis Wise said I was ‘French and lazy’, but I loved it at Leeds

Seb Carole endured as many downs as he did ups in his two years at Leeds United, but the former AS Monaco winger describes it as the best time of his career.

Carole progressed through the ranks at Monaco to play 11 times for the first team, including once in the Champions League, but it was at Leeds where he truly found a home, so much so that he still lives in Yorkshire now, 10 years since he left Elland Road.

“The spirit we had in the squad and the relationship we had with the supporters was amazing.

“The squad was like a family and we used to go in early to training and not rush back as were happy to be together, eating lunch and enjoying each other’s company.”

Carole had joined Leeds in July 2006 after a season at Brighton, but life could have turned out very differently for the winger had he not agreed to leave Monaco to go on loan to West Ham United, then of the Championship, in January, 2004.

For, just three months’ later, his parent club reached the final of the Champions League where they were beaten by Jose Mourinho’s Porto. Carole played only once for West Ham and quickly returned to the French Riviera, but his chance had gone.

“I signed for West Ham on deadline day and, two days later, Ludovic Giuly, who played in my position, was ruled out injured for a few months,” Carole says.

“I had already played earlier that season in the Champions League against AEK Athens but, because I went to West Ham, Monaco didn’t register me for the later rounds. 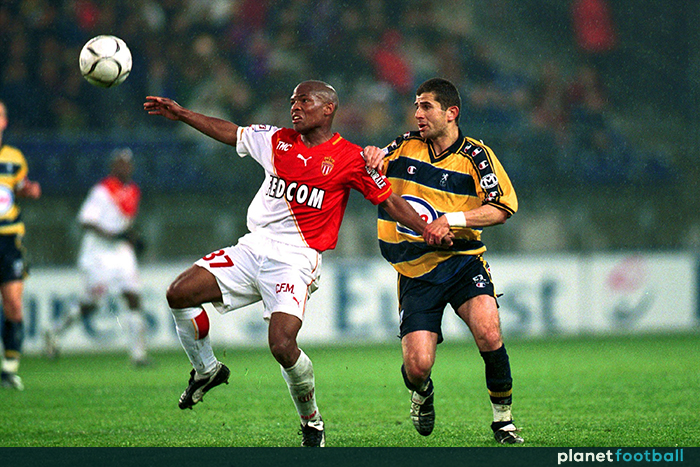 “It could have been me playing for Monaco against Chelsea and Real Madrid.”

Carole was loaned out again the following season, this time to French side Chateauroux, before leaving Monaco permanently for Brighton in the summer of 2005.

The Frenchman enjoyed his time on the South Coast but had a clause in his contract which stated he could leave if they were relegated.

When that happened and he was approached by Kevin Blackwell and Leeds, who had just missed out on promotion to the Premier League after losing to Watford in the play-off final, Carole did not hesitate to make the move.

“Leeds were – and are – a huge club with a big history, so I could not turn them down,” he says.

“I signed a three-year contract, but a few months into the season, Kevin was sacked.

“John Carver took over as caretaker manager, but he preferred to play two central midfielders on the wings, so I didn’t get a look in.

“Then Dennis Wise was appointed, with Gus Poyet as his assistant. He said although I was talented, that I was ‘French and a little bit lazy!’

“He also said that he had a certain philosophy and that I wasn’t part of it, but I wanted to stay and prove myself.”

He did just that and eventually won Wise over.

And after a season in which Leeds suffered the ignominy of relegation to the third tier, Carole impressed in the following campaign when, despite being docked 15 points due to alleged financial irregularities, the Whites made it to the League One play-off final, where they were heartbreakingly beaten by Doncaster Rovers.

“The partnership between Wise and Poyet was perfect,” Carole says. “They were two different characters, but they went well together.

“Dennis was the leader and Gus was more into the technical side and understood the game really well, so it was really sad when he left to join Tottenham as assistant coach.

“Dennis said he was wrong about me, but then he was sacked, Gary McAllister came in and he said he wasn’t going to use me, so we agreed on a mutual release in the summer of 2008.

“I had the best time of my career at Leeds, even though it was hard sometimes and we went through quite a few managers. I regret leaving.”

Wanting to stay in England, having settled in Yorkshire, Carole took in spells with Darlington, Tranmere Rovers and Brighton again – where he was reunited for a short time with Poyet – before surprisingly being offered a return to France with Nice in 2011.

“My agent said they wanted to sign me and I couldn’t believe a Ligue 1 side were after me,” Carole says.

“I signed and started playing for the reserves, but I was constantly injured, something which had never happened to me before.”

Without making an appearance, he moved back to England and was offered a fresh start at Bury, who were bossed by his former Leeds manager Blackwell.

However, a daily two-hour round trip from his Yorkshire home to north Manchester took its toll, especially as he hardly featured for the Shakers.

Staying in Yorkshire, he turned out for Sunday league side Burton Leonard Squirrel, as well as Knaresborough Town, Guisley, Bradford Park Avenue and Tadcaster Albion, before accepting his career was at an end.

He went on to set up a soccer school in Leeds for under-9s and under-10s, and then became a football intermediary, a role he continues to do to this day.

“When a footballer comes to the end of his career, the transition is very difficult because that is all he has known,” Carole says.

“I was running my soccer school when a childhood friend, Mohamed Sadio, asked if I would work for his agency as an intermediary.

“I said no initially because I thought all football agents were sharks, but Mohamed kept asking me and I told him I would only do it if I could look after young players and try to help them make it.

“Now I look after young French players in France, in MLS, and in the Premier League and Championship.” 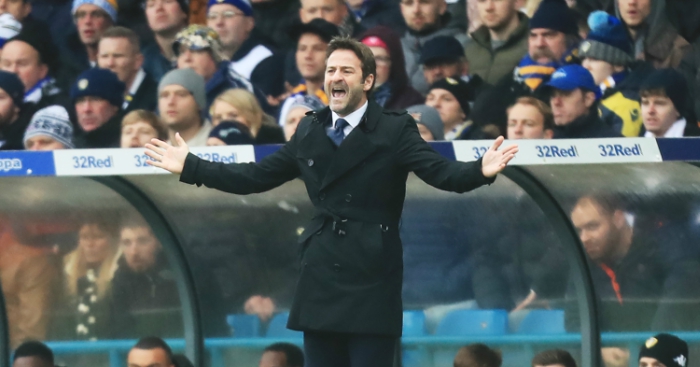 QUIZ: Can you name every Leeds United manager since relegation from the PL?

Carole still turns out occasionally for the Harrogate Veterans team, and his links to Leeds United remain strong, too, as his eldest son, 13-year-old Keenan, plays for the club’s academy.

But, at a time when the spotlight is regularly shone on youngsters in academies, Carole is adamant that his son, who is also a winger, will not fall prey to such pressures.

“Keenan loves the game and, at the moment, does not need to think about whether he will be a professional footballer,” Carole says.

“I just want him to go out on to the pitch and enjoy himself, that’s it. We will see if he can make it in a few years.”

Now 35, Carole and his wife, who are also parents to an 11-year-old and a three-year-old, have no plans to return to their native France.

“We are staying in Yorkshire for the benefit of the kids because they are getting an English education and they have their friends and social lives here.

“I go back to France most weekends to scout players, but I still follow Leeds, of course. They will always be my team, with Monaco.”