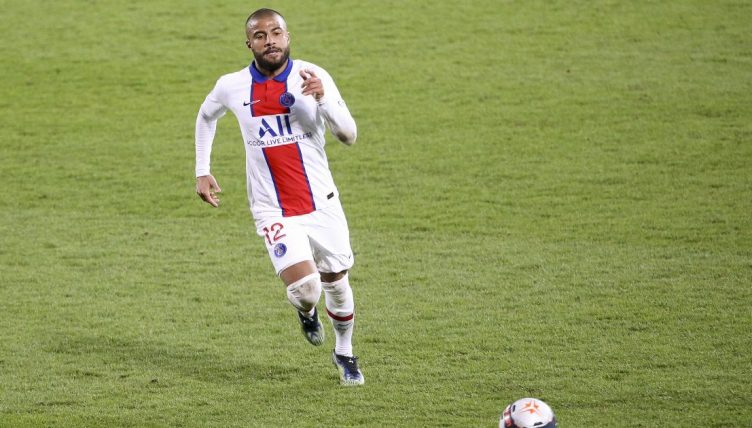 Before a virtuoso display at Dijon on Saturday afternoon, the first couple of months of 2021 had been tough for Rafinha Alcantara.

After a surprise move last summer, Rafinha made a promising start to his time at Paris Saint-Germain under Thomas Tuchel, finally playing under a top-level manager who genuinely appreciated his oft-overlooked talents.

But in January, he was struck by misfortune. On Mauricio Pochettino‘s first day as PSG boos, the Brazilian tested positive for coronavirus, ruling him out for a fortnight.

Then, when he did return, Rafinha struggled for chances. In February, he made just two appearances, both off the bench. Reports that Pochettino was not particularly enamoured with his midfielder’s skills were printed in Le Parisien and were hardly quashed by the ex-Tottenham boss.

When asked about the Brazilian’s lack of opportunities, he replied: “All the decisions are football-related. In Rafa’s case, he was impacted by COVID-19 when we arrived. We have a strong squad and we take decisions.”

It felt like Rafinha’s career in a microcosm. Just as he was getting up to speed, looking like he had found the stage upon which he could consistently display his talents and emerge from the shadow of his more illustrious brother, Liverpool’s Thiago Alcantara, the setback came.

The feeling would have been familiar. At Barcelona, for all the promise he showed, Rafinha never quite got going.

His best season in Catalunya came back in 2014-15, when he played 36 games as Barcelona lifted a historic treble. Still aged just 23, it felt like the start of a potentially glorious Barca career.

But in September 2015, he ruptured his ACL, keeping him out for almost the entirety of that season.

In the next campaign, the story was similar. Muscle injuries and an Achilles issue limited his game time before a meniscus tear in April sidelined him for a full eight months.

An injury-free loan at Inter Milan in 2018 then put him back on the proverbial map and Barcelona were excited upon his return, hopeful they had a player that would nail down a first-team place.

As a report in Spanish newspaper El Pais at the time of his reintegration at Barca put it: “[At Inter] he became a man, you can immediately see that he is a completely finished player, with more determination and more confidence.”

But then the inevitable – another ACL rupture, another seven months out. And this time it felt like the end for him at the club where he had grown up. Patience with his fragile body had run out.

As older sibling Thiago ran riot across Europe with Bayern Munich last season, mercilessly ripping teams to shreds, Rafinha was out on loan at Celta Vigo scrapping to avoid relegation, which they eventually did by a single point. 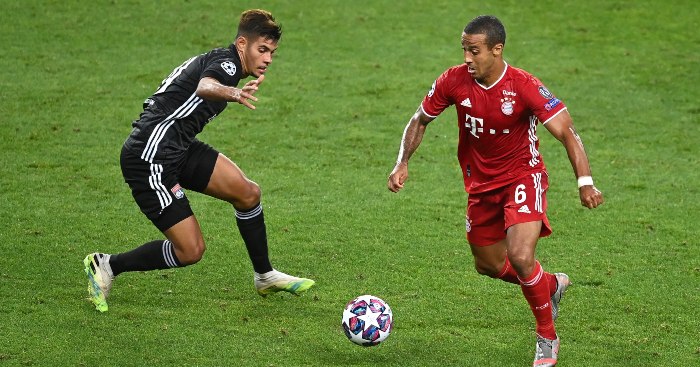 So when his contract ran out at the end of the season, leaving him a free agent, PSG felt like an odd choice. With all the players and quality at their disposal, was it really the right place, aged 28, to finally kick-start his career? Might he not have been better served at a club one rung below that?

Despite the concerns, the answer at first appeared positive. Without overburdening him, Tuchel handed Rafinha plenty of chances, trusting that his all-round skillset and unfussy style was a good complement to more explosive talents elsewhere in the side.

In December, he played seven times, four of them starts, and got three assists, including a delightfully well-worked one in the 3-1 away win against Manchester United in the Champions League.

But then, again, a speedbump in the road; Covid putting paid to the momentum that was building.

Omar Da Fonseca, an Argentinian former PSG striker and now pundit for beIN sports read the situation as Rafinha becoming victim of his own versatility. “He’s the sort of player who comes as a complement, who plays second fiddle,” Da Fonseca posited on French TV.

“At La Masia, Rafinha destroyed it, stood out from the rest. Then his qualities became too general. He’s been played everywhere and has never become undroppable, indispensable. He’s pretty, he’s elegant, he plays well, but he can’t be the first violin.”

That assessment seems accurate. Rafinha is neat and tidy, always has been. He’s a good passer, a good presser and trustworthy in possession. He can fill a gap left, right or centre. But he’s really never been one for a spectacular goal or a Hollywood pass. He has always played alongside more eye-catching footballers, and that is no different at PSG.

Yet last Saturday, Pochettino finally gave Rafinha his chance. It wasn’t a big one – in a heavily changed side, Rafinha was sent out in place of first-choice Marco Verratti to face Ligue 1 relegation strugglers Dijon. But it was one he took with both hands.

He was everywhere, controlling the midfield, stroking the ball about all over. Only Ander Herrera had more touches and no other midfielder or forward on the pitch had a higher pass completion rate than his 93%.

He was decisive, too, contributing to the move that won a penalty for PSG’s second goal, getting in a clever position and angling a disguised pass to Kylian Mbappe for their third, and creating another presentable chance with some intense pressing late on.

.@Rafinha puts it on a plate for @KMbappe! ⚽️

It was an all-round display from PSG’s all-rounder – in the most positive sense.

After the match, Pochettino made a nod to his midfielder, even without referencing him by name: “Maybe some of them haven‘t played too much but they showed their quality and put the coaching staff in a difficult position to pick the starting XI for the next game.”

For now, that is all that Rafinha can do. Pochettino’s mind can be changed, as Moussa Sissoko proved at Spurs.

The next match is Bordeaux this Wednesday in the league, before Brest on Saturday in the cup. But the one the Brazilian will really be hoping to participate in comes next Wednesday as his old side Barcelona travel to the Parc des Princes for their Champions League round-of-16 second leg.

Before the first leg, Rafinha told Le Parisien that Barca’s famous 2017 ‘Remontada’ victory over PSG at the Camp Nou “still bothers” some at PSG, referring to it as a “thorn” in the side of the French champions. If he could help remove that thorn, then the restorative effect would be significant for player and club.

In the aftermath of the Dijon game, the headline in France Football read: “Decisive passer against Dijon, Rafinha is more than a second fiddle.”

Perhaps, though, a second fiddle – someone to harmonise and coordinate – is just what PSG need. Lord knows they have enough players jostling for their place under the spotlight.

If playing a supporting role is the way he can finally establish himself and get consistent game time at a top club, then Rafinha will surely take it.