Shefki Kuqi: I turned down Norwich two or three times as I love Ipswich 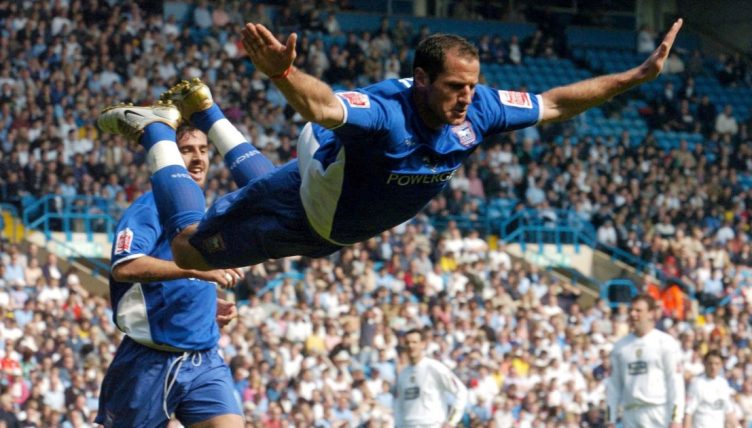 In August 1999, Shefki Kuqi made his debut for Finland as a late substitute in a 4-3 win over Belgium. It was the first of 63 caps for his adopted homeland and a moment of much broader significance considering what he had been through to reach that point.

As a child, Kuqi’s family had fled Kosovo in search of safety. Yugoslavian president Slobodan Milosevic had inflamed ethnic tensions, putting the Kosovar-Albanian community at risk. In 1989, with Kuqi’s older brother due to take part in military service, they escaped in secret.

The family were granted asylum and settled in Mikkeli, but it took a while to adapt. Unable to speak the language, Kuqi felt like an outsider and spent a long time searching for acceptance.

Football helped Kuqi to integrate, but it was far from a smooth journey to the Veikkausliiga, Finland’s top division. There were several challenges to overcome, but his determination saw him through even when he wasn’t getting paid by his first club.

Kuqi vividly remembers his relief when they confirmed that they would at least cover the cost of his parents’ petrol for taking him to and from training and games. “I felt like I had the biggest contract in the world,” he laughs.

A selfless and hard-working target man, Kuqi proved his worth. He was a physical presence and a focal point for attacks, bringing others into play. He competed in the Champions League group stage with HJK and earned international recognition as his career took off.

After a prolific season with FC Jokerit, during which he was the division’s top scorer, English clubs were taking a keen interest in Kuqi’s progress. A move to Wolverhampton Wanderers had already fallen through due to an unreliable agent before Stockport County got in touch.

Finnish midfielder Jarkko Wiss had recently signed for the Hatters and wanted Kuqi to join him. Stockport were struggling towards the bottom of the First Division but Kuqi’s goals kept them afloat.

He immediately took to the passion of English football and became a familiar figure at clubs across the country over the next 12 years.

“I was ready. I wanted a new challenge because I was doing well in Finland and I felt that was the time for me to move on to the next level. When I came there, you realise pretty quick how much football means to most people, and that’s exactly how I like it.” 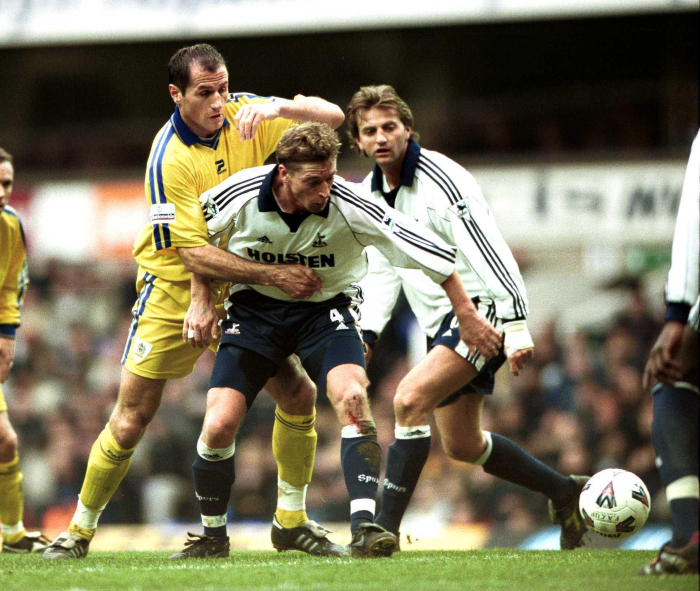 Kuqi enjoyed playing for Andy Kilner but ran into problems under his replacement, Carlton Palmer, who accused the striker of feigning injury and being a disruptive influence at the club. A potential move to Blackburn Rovers collapsed when he was unexpectedly recalled to Edgeley Park.

“[Palmer] phoned Blackburn and said, ‘Bringing this guy in your changing room is the worst thing that can happen to you. He doesn’t get on with anybody. Nobody likes him over here. The players hate him.’ All this nonsense. We agreed that I had to go there for a week just to see how I got on with the players.”

Within a couple of days, having barely had a chance to speak to Graeme Souness, who was busy preparing for an upcoming match, Kuqi was summoned back to Stockport.

“Carlton wanted to talk to me, and we had a pretty heated meeting. I was disappointed because I lost the opportunity to play in the Premier League. It was a huge, huge disappointment for me.”

In the circumstances, Kuqi was keen to get away. A year after arriving in England, he joined Sheffield Wednesday.

They were a big club, with a demanding home crowd, but financial problems brought about by relegation from the top flight had sent them on a downward spiral. At the end of his first full season, Wednesday dropped into the third tier.

“I always felt it was the right club at the wrong time,” he says. “When I was there, they were still carrying huge debts. They had big players on big salaries who had just come down from the Premier League. They were still financially in a really bad situation.

“When things start going wrong, it’s very tough to turn them around. You have to be mentally strong. That’s the club where I found out that even if you have a bad day, but you try and you give your best, the supporters love that.

“Of course, the supporters want a good result, but when they see you’re not bothered, or you don’t give your all, they can hammer you.”

Ipswich Town took advantage of Wednesday’s situation, bringing Kuqi in on loan before signing him on a free transfer in November 2003.

He scored on his debut and immediately struck up a great relationship with the supporters, and young strike partner Darren Bent, as the club reached the play-offs twice under Joe Royle.

“I got that connection straight away with the fans and from there I never looked back. After the first week or two I remember the fans singing ‘Sign him up, sign him up.’ Something just connected.

“Even after I moved away from Ipswich, two or three times I turned down Norwich just because of the relationship I had with the Ipswich fans. That’s the type of character I am.”

“You knew he was going to have a good career,” Kuqi says. “He was only a young boy when I was there, but I always remember he was so skinny and quick. Lightning quick.

“I built a great partnership with him because he was fast and a good finisher. We suited each other really well. I was the target man and I could flick him in.” 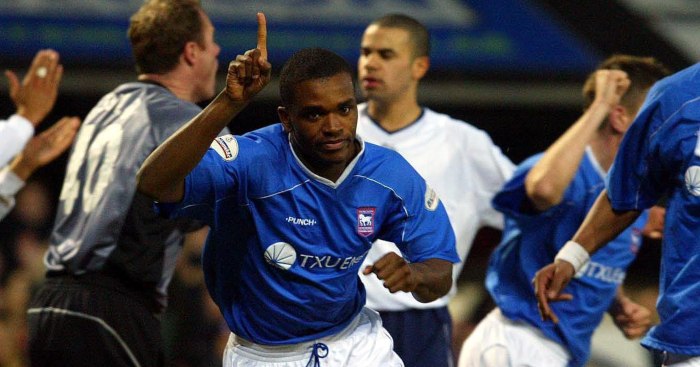 With 32 goals in 88 appearances for Ipswich, Kuqi was in the best form of his career. His unique swan dive celebration – which earned him the nickname ‘The Flying Finn’ – was becoming a common sight at Championship level, but the lure of the Premier League was impossible to resist.

Four years later than originally planned, he finally became a Blackburn player. They had a strong squad and impressively battled their way to sixth, just four points shy of Champions League qualification.

For Kuqi, who was regularly involved, whether starting or coming off the bench, one team-mate stood out above the rest.

“We had Tugay. He was just a class act. We used to call him ‘Maestro’. He never liked running. He hated pre-season.

Building on their success in qualifying for the UEFA Cup, more players were brought in by Mark Hughes and Kuqi became surplus to requirements.

“For me, I always needed to be on the field, or at least I want to be involved on the bench,” he says. “A couple of times I was in the stand and that wasn’t me.

“I didn’t care how much I got paid if I wasn’t in the team. That didn’t matter to me. I wanted to be involved in the game. I always had it in my mind that one day I will finish my career and I want to have stories to tell.”

Kuqi had an enjoyable spell at Crystal Palace, where the supporters took to his wholehearted approach. After a year in Germany, he then joined Swansea City.

Returning to the top

Out of favour under Brendan Rodgers, his contract was terminated by mutual consent, which enabled a surprise return to the Premier League at the age of 34.

“Andy Carroll moved to Liverpool in the last minute. Then I had a phone call from Alan Pardew. Obviously, they had a couple of options they needed to talk to and of course he knew me because I’d played a few times against him, especially when he was at West Ham. That’s how I ended up signing for Newcastle.”

Since he retired from playing in 2013, Kuqi has devoted himself to coaching. He has had valuable experiences with clubs at both ends of the table in Finland, while also dealing with boardroom interference and limited budgets.

After taking a break from management to complete his UEFA Pro Licence and then care for his father, who sadly passed away earlier this year, Kuqi now feels ready to return to work.

He was recently interviewed for the role of Kosovo Under-21s manager and would love to give something back to the country where he was born. Long-term, English football remains his ambition.

“England feels like home now. I spent most of my career in England. I played Premier League, I played Championship, I had one season in League One. I’ve had all those different tastes and I know what those levels demand.

“I feel ready and I’m prepared to start at any kind of level as long as there is a project and a target.”