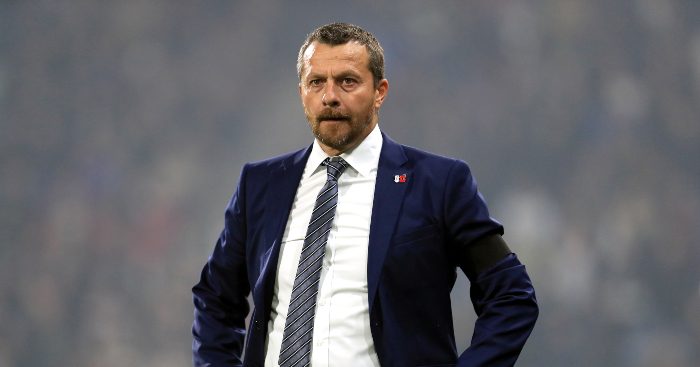 Slavisa Jokanovic’s management career has always appeared something of a whirlwind, so he was perhaps always going to be perfectly suited to life at two of English football’s more eccentric clubs, Watford and Fulham.

After a playing career which took him from Serbia to Spain to Chelsea via eight clubs, Jokanovic has enjoyed a similarly well-travelled life as a manager.

By the time he was appointed Watford boss in 2014, he had already enjoyed spells in charge of clubs in Serbia, Thailand, Bulgaria and Spain.

Watford themselves were no strangers to idiosyncrasies; despite being hired just two months into the season, Jokanovic became the fourth man to take charge of the team that season after Beppe Sannino, Oscar Garcia and Billy McKinlay.

Yet regardless of the instability and tricky run of results in his first couple of months, Jokanovic guided the Hornets to promotion at the first time of asking, finishing one point above Norwich City.

“The Watford dressing room was not particularly healthy but had some good players,” he says.

“There were so many changes. When I arrived, I was the fourth coach after 10 games. It wasn’t easy for me and it wasn’t easy for them too. We started working for a few weeks and then they started thinking, ‘Who is next?’

“To be honest, without Gino Pozzo’s support in one moment and we were able to clean the dressing room a little bit. We made some positive steps for these players and they started to push harder.

“The team started to trust that we could make the step to the Premier League. In the end, it was a great experience for me and so many different things happened. When we had problems, we found a way with my assistants. The owners too found a solution to bring the team to the Premier League.” 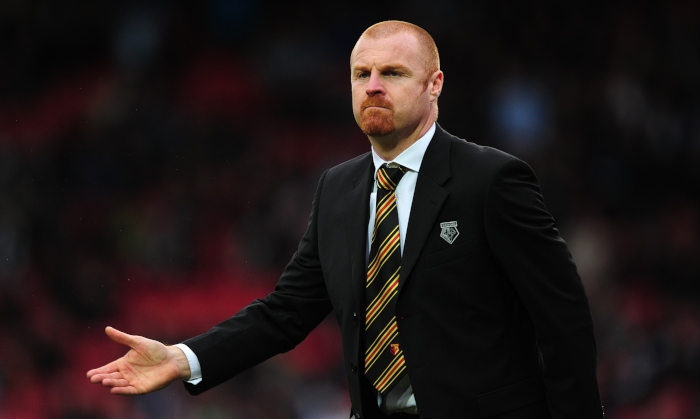 READ: Where are they now? The last Watford XI before the Pozzo takeover

That season also marked the first campaign Troy Deeney captained the club, a position he still holds to this day.

The striker responded by top-scoring with 21 goals, ably assisted by Odion Ighalo and Matej Vydra, who bagged 20 and 16 goals respectively.

“Troy Deeney is an interesting guy,” Jokanovic says. “In this moment, he was like a boy in a big body. He had his ups and downs.

“In one moment, he really wanted to push to be a football player. I thought he showed ambition and quality. When he wanted to be a leader, then he can be. In this situation, he had his ups and downs.

“When Troy Deeney wants to be up, then he can be a really important player. He was a key man for us to be successful in this year.” 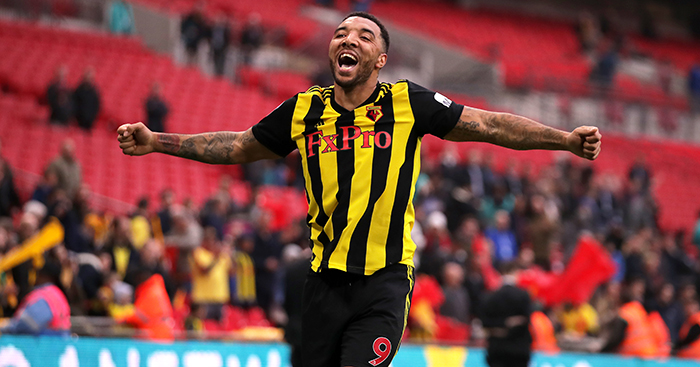 READ: Stop going on about redemption and just praise Troy Deeney for being ace

But, as ever with both Watford and Jokanovic, nothing is ever straightforward.

Just a few weeks after promotion to the Premier League had been secured, talks over a new contract broke down and Jokanovic was replaced by Quique Sanchez Flores.

“We didn’t find the deal. I didn’t want to sign this contract. They offered me something that I wasn’t going to accept. It’s simple. They probably had this planned before and this is part of modern football. I didn’t have time to cry.”

That would be an understatement, given Jokanovic was appointed boss of Maccabi Tel Aviv just nine days after officially leaving Watford, leading the Israeli outfit to the Champions League group stages for the first time in 11 years.

But it wasn’t long before he was tempted back to England, accepting Fulham’s offer to become head coach in December 2015.

Jokanovic had to be much more patient at Craven Cottage, with Fulham battling against relegation from the Championship when he first arrived.

Whereas he delivered instant gratification at Watford, he had to slowly mould a team in west London. After eventually finishing 11 points clear of the drop, they secured a top-six place in his first full season in charge, only to lose in the play-off semi-finals to Reading.

The following season, they finished third, atoning for their errors by beating Aston Villa in the play-off final. 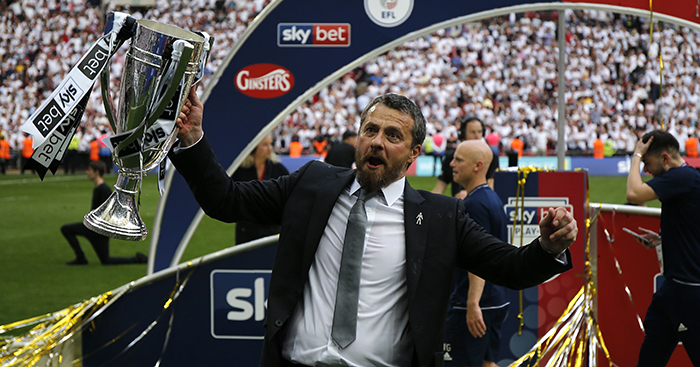 “The Fulham experience was different to that I had at Watford,” says Jokanovic, who was ultimately replaced by Claudio Ranieri come November of the Cottagers sole season back in the Premier League.

“We started at zero and in general I had support from the whole club. They interpreted it well and improved the infrastructure a lot, the training ground and made investment.

“They gave us quality tools and quality for the preparation for the game. I had a really long period working with the team to help them get promoted.

“It was our project. After six months we were able to see the way that we wanted to play football. We didn’t do that nervously, but then we started to play well and win games.

“It is wrong to compare the Championship and the Premier League; they are two different competitions. There’s more quality, more speed and more power. We weren’t ready for the start of the season.

“I hope and believe that they will be back in the Premier League next season.”

Given Jokanovic’s own history, we wouldn’t be surprised to see him back in the Premier League next season.