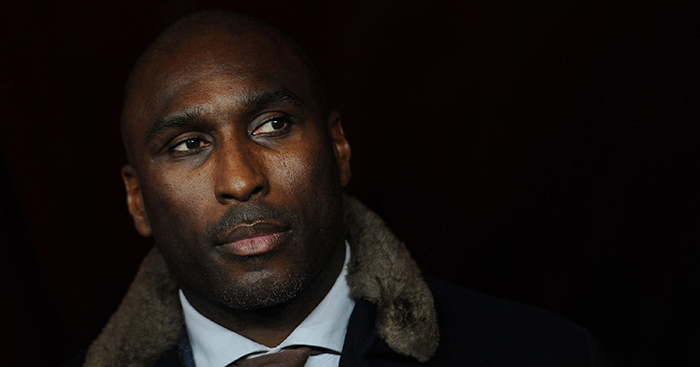 Sol Campbell has come in for criticism for talking up his managerial credentials in recent times – but the former Arsenal defender says he’s been forced into self-promotion having failed to get anywhere with a gentler approach.

Campbell was mocked by some after describing himself as “one of the greatest minds in football” last month having been overlooked for the Oxford United job, but the 43-year-old says any brazen comments he has made in recent times can be put down to a “cry” for work.

As despite playing 73 times for England and winning two Premier League titles, four FA Cups and a League Cup during his playing career, Campbell only has a stint as Trinidad & Tobago’s assistant manager to show for his long-standing efforts to get onto the managerial ladder.

He is now trying a different approach to land another coaching job and says he would be willing to go into a club for just one or two days a week to show what he can offer.

“Everything that came out in the media over the last couple of weeks can be put down to a cry from me to try and get into football,” he says.

“I’m doing everything I can to open doors, to get a chance, to be given the opportunity to show that I have something to offer.

All you can do is keep on moving one door shuts another two open. The things is the two that have opened might be the wrong doors to enter. It’s all about waiting for the right opportunity! pic.twitter.com/lUjLYvhGeY

“I did it in a passive way, taking to agents working behind the scenes to try and get in and it didn’t work, so maybe I should have been a bit more out there seven years ago when I started looking into coaching.

“It hasn’t happened for me, the doors are not opening, so I am trying a different approach.

“I want to work as a coach in any capacity. I am open, I’m looking and if it doesn’t happen as a manager, I’m happy to go into a club two days a week to develop players and pass on my knowledge.

“If something comes along as a manager, I will look at it, but I am happy to go into the game at whatever level I need to.”

Campbell acknowledges he is not viewed in the best light by everybody involved in football and admits he needs to find the right balance to best promote himself for future jobs.

However, he does not see anything wrong in having confidence in his ability and hopes clubs will be able to look beyond any pre-conceived ideas they may have about him.

“Maybe people have a perception or me, but that might be formed from what others have said about me,” he says.

“I’m an intelligent guy, I’m switched on, I know football inside out and have won a lot of accolades in the game. I don’t need to shy away from that, but I need to find a balance in presenting myself in the right way and highlighting what I can bring to the game now.

“Do I stop being myself and try to put on a show just to get a job? I hope people look beyond what they think and see the real true passion and knowledge I have for this game. I am confident in my abilities and my knowledge, so I don’t think there is a problem in me saying that.”

Campbell accepts his lack of experience as a coach may be putting off some clubs taking a chance on him, but he believes the qualities that saw him captain teams as a player are transferable. Now he is just desperate to be given a chance to build up his experience and is happy to consider any role offered to him.

“I have done all my badges, but the one factor working against me is that I don’t have any experience as a coach,” he says. “How do you get experience if you don’t have a chance?

“Okay, I have not put on training sessions every day, but I have been part of the game for 20 years, and as captain of Tottenham, Arsenal, England and Portsmouth, I know how to manage men. 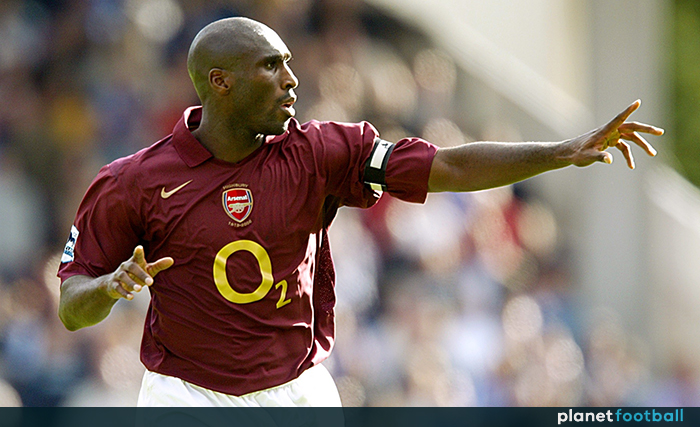 “Being captain is often like a second manager and I have not forgotten how to lead and inspire in a dressing room, which is experience a lot of people don’t have.

“I was a player who studied systems and players. I needed to work out how to stop some of the top players in the game, study videos on what they do and work out ways to cut them off, and that is what I want to do now as a coach or a manager.

“I’m willing to work one day a week at a club if that is what is needed to show that I have something to offer. I’m open to do things and all I am saying is please give me a chance. That is all I am asking for.

“I love football. I’m missing it and I just want to get back in.”

Sol Campbell is a Paddy Power ambassador. Read his football columns at news.paddypower.com