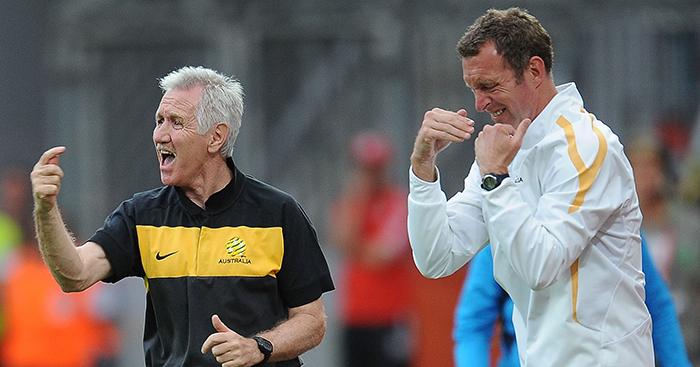 It is often said that not enough British coaches, like players, are willing to work abroad – and the ones that do seem to be back on home soil before you know it.

But that criticism certainly can’t be directed at former Southend United, Manchester City and Cardiff City defender Spencer Prior.

He finished his playing days in the A-League with Newcastle Jets and Manly United, started his coaching career as assistant manager for the Australia Women’s side and head coach of their Under-20 side, and is now the head coach of the Thailand Women’s team.

As career paths go, it’s one of the more unusual.

“It was all by chance really,” says Prior. “I’d done my A-License in Australia, and the assistant for the Matildas [nickname for the Australia Women’s national team] stepped over into the men’s side so I was put forward to go and work with Tom Sermanni, who was the manager at that time.

“We went to the 2011 Women’s World Cup and that was that, I was working in women’s football.”

Prior has now worked in women’s football in various roles for six years and admits he’s had to change his approach as a coach during that time.

“I probably went in a little too hard at first in how I approached it with the girls, but you learn soon enough you have to be slightly different,” he says.

“At the end of the day, they’re just players. You have to be a bit more careful with the language, but they’re just footballers and they want to be coached like footballers.” 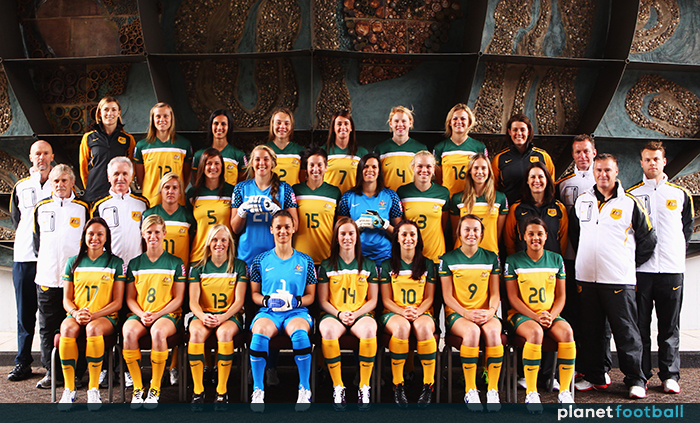 Prior’s spell with Australia did not last long as the federation hired Dutch coach Hesterine de Reus to lead the Matildas, but for the 46-year-old it was simply a chance to try something new again.

“The Matildas went in a different direction in terms of recruitment, they brought Hesterine in, and I was her assistant for a while, but when I finished I went down to become technical director of the federation in Tasmania.

“From there I went on to Sydney and did some work with schools and clubs before an offer came out of the blue.”

The offer came all the way from Bangkok to work in Thailand, not as a youth coach or as an assistant but as head coach of the Thailand women’s national team.

It was a daunting prospect. Thailand had made the 2015 Women’s World Cup due to a ban against Korea DPR, but the country still lacked a professional league.

“It all came about really quickly,” Prior says. “Bernie Ibini, who has just joined Vancouver Whitecaps, his agent was in charge of the recruitment process and had been told to find an Australian coach.

“I’d never met him, but this agent, apparently I’d coached his sister when I was in charge of the U20s in Australia. Before I knew it was I was on a flight out to Bangkok ten days later!”

Prior didn’t have much time to settle in. Qualifiers for the next World Cup in 2019 would soon be upon him, but first and foremost he had the 2016 AFF Championships to worry about in Myanmar.

“I’m not kidding, the players had nine months without kicking a ball from the World Cup going into those championships,” he says. “To come in and get them prepared was a huge challenge.

“I hate the world philosophy, but I had a style I wanted to implement. But about halfway through the tournament I realised that to win the thing, we had to do something different.

“The players just weren’t up to speed with it, we didn’t have long to prepare so I compromised myself and my own beliefs to make sure we won it.”

And they did. Drawn in a group alongside rivals Vietnam, plus the Philippines and Singapore, Prior’s side came second after two late goals against Vietnam, ensuring he’d face his old side in the semi-finals, the Australia U20 team.

It had been decided pre-tournament that the Matildas would send their youth team to test their ability against stronger, more physical players. Thailand, though, proved too good for them, as they came from behind to set up a rematch with Vietnam.

“The catalyst (for the change) was losing against Vietnam in the group,” Prior says. “It made me realise we had to adapt for the semi against Australia, and then again in the final against Vietnam – they’re another country really evolving in women’s football.”

It was a controversial final. Thailand had led from the seventh minute, but Vietnam stole an equaliser with five minutes to go to take the game to penalties.

One Vietnam penalty was saved and then pushed away a second time by the Thai goalkeeper as the ball bounced back towards the goal. Vietnam celebrated, but the linesman ruled to have not crossed the line and Thailand were champions.

Now all eyes turn to 2019 and getting Thailand to the Women’s World Cup in France, with five spots open for qualification.

Usually those spots would go to the five Asian sides firmly planted in the top 20 teams in the FIFA rankings – Japan, Australia, China, South Korea and Korea DPR – but the latter’s ban from the 2015 tournament means they were unseeded for qualifying and drawn in the same qualifying group as South Korea.

They are now already out of the running, potentially opening the door for Thailand, who are one of eight teams qualified for the Asia Women’s Cup. The top two from each group of four will qualify for the World Cup, with the two third-placed teams facing a play-off for the final spot.

“It’s a realistic prospect for us and it got even better when Korea DPR got punted,” says Prior. “Now there’s a fifth spot open for a team like us, and with no disrespect to any of the other countries, it really is a fight between us and Vietnam.

“I don’t fear it, but it’s between us and them for that final spot.”

Thailand beat Vietnam in the play-off for the final spot in 2015, and Prior is hopeful that the recent creation of the first professional women’s league in the country will ensure history repeats itself this time.

“There’s 10 teams in the league, two of which are the Under-16 and Under-19 national teams, which I think is a fantastic initiative,” Prior says.

“They’re preparing for their own tournaments so they get good games and good experience in this league.

“But, first and foremost for me it’s about developing coaches before developing the players, I can’t emphasise that enough.