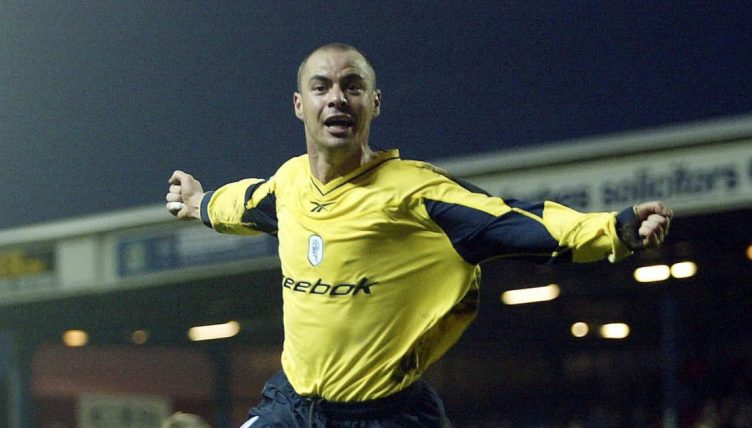 Diversity was one of the great strengths of Sam Allardyce’s Bolton Wanderers side. Players from around the world, each with different attributes and experiences, combined to glorious effect, enabling an unfashionable club to take the Premier League by storm.

In May 2005, Bolton beat Everton 3-2 in the last game of the season to finish sixth and qualify for the UEFA Cup. The win kept them level on points with Liverpool, who would beat AC Milan in the Champions League final later that month.

The Trotters’ starting line-up that day was as eclectic as they come, with 11 different countries represented – Finland, Israel, France, Tunisia, Jamaica, Spain, Wales, Nigeria, Senegal, England and Greece. Stelios Giannakopoulos, scorer of the winning goal, loved being part of that group.

“It was brilliant. It was a multinational squad. European Cup winners. World Cup winners. Every player was a big name in the national team of his country,” he says, reflecting on their strengths.

“We had a mix of talented players – foreign and English – that gelled perfectly together. We managed to build a very, very strong team and we qualified for Europe twice. I think that achievement speaks for itself.”

Stelios was an important cog in the strongest Bolton team of the modern era. An industrious and versatile attacker, typically used on the right wing, he made 177 appearances in all competitions during his five years at the club. Allardyce was in charge for the first four and they never finished lower than eighth.

“We still speak,” he says when asked about Allardyce. “We’re still in contact. I think he’s maybe the best manager I worked with, alongside Otto Rehhagel with the national team, of course. He was way ahead of his time.

“He had unbelievable backroom staff and we had everything sorted regarding training sessions, nutrition, psychology, preparation, recovery. All the things we did with Bolton in those days, not many clubs in England had them at this time. You can understand how forward-thinking he was.”

By the time he arrived at the Reebok Stadium, Stelios was accustomed to success. He’d won seven consecutive titles with Olympiacos and scored their first goal in the Champions League – a 35-yard volley that dipped viciously into the back of the net beyond the reach of Porto’s goalkeeper.

From the moment that ball was struck, the keeper was backpedaling! ☄️ pic.twitter.com/8DEF3UWC6J

But Stelios had achieved all he realistically could with the club and wanted to test himself in a tougher league. At the age of 28, having spent his entire career in Greece up until that point, he took the plunge and moved to England.

“I felt ready, and I felt that Bolton Wanderers’ proposal was the right one. I decided to leave Olympiacos and live the dream of the Premier League,” he explains.

“I spoke to Mr Allardyce on the phone and he convinced me of the project he was working on with all these world-class players. He convinced me that we could go further and build a very strong team, which obviously happened. The set-up, the challenge, everything was there for me.”

Allardyce was full of warmth, enthusiasm and ambition. He believed that Bolton could compete with the best and perfected his sales pitch, convincing the likes of Youri Djorkaeff, Jay-Jay Okocha, Ivan Campo, Fernando Hierro and Nicolas Anelka to join the club.

“I think he has an unbelievable skill in one-to-one conversation and man-management. He has a talent for sitting down with you and explaining what he wants from you. What his plans are and how you’re going to approach every game. He has a strategy, and he knows how to execute it.”

The Bolton players, whether they came through the academy or were signed from famous clubs such as Real Madrid, Liverpool or Paris Saint-Germain, believed in Allardyce. They were hard-working and well-drilled, with more than a sprinkling of magic. The outrageously gifted Okocha was the centrepiece and a joy to play alongside.

“He was unbelievably talented. He was very, very comfortable on the ball. Very, very skilful. He was strong, and fast, at the same time. He was the guy who didn’t mind receiving the ball in any part of the pitch,” says the Greek international, who earned 77 caps for his country.

“He brought confidence to the team. All the other players felt that he was a great teammate and a great character as well.” 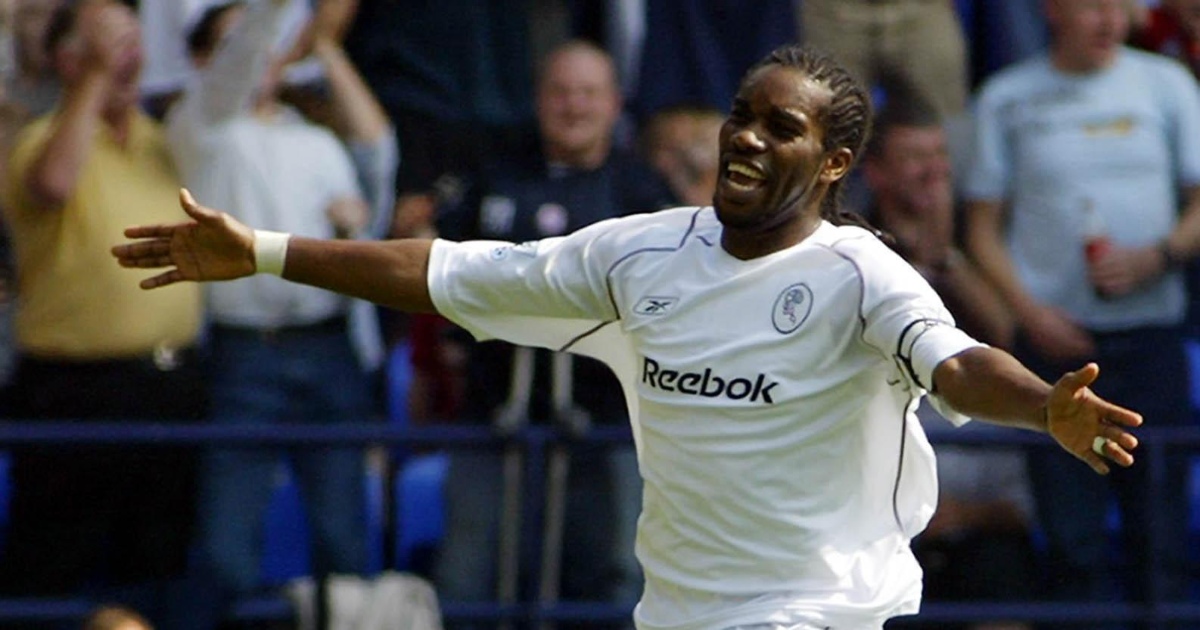 READ: A tribute to the sensational Jay-Jay Okocha & that brilliant Bolton team

Stelios had an eventful first year at Bolton, culminating in the finest moment of his career. Life in the rainy North West was very different and it took him a while to adapt to the speed and intensity of the Premier League, but everything gradually fell into place.

“It’s another culture, another country, another climate. You leave your friends, your habits, the weather, the food. You miss all these things, but you need to make some sacrifices.

“The beginning was very hard because I needed to adjust to a new style of play. Much more physical. Much more technical. The pace was much higher. I had to read the game and focus on the things that I had to improve. But, after that period of adjustment, I think everything went well.”

Bolton pulled away from trouble at the bottom of the table and Stelios endeared himself to supporters by scoring in a thrilling 4-3 win over Blackburn Rovers at Ewood Park. A slight injury forced him to start the League Cup final on the bench, but it was still a special occasion to be part of, even in defeat.

Then came an unforgettable summer as Greece shocked the world and won Euro 2004. Drawn in a tough group alongside Spain, Portugal and Russia, they were expected to be on the first plane home. Instead, through a compelling mix of defensive resilience, camaraderie and clinical finishing, they won the whole tournament.

Stelios and his team-mates became national heroes, assured of a permanent place in the history books. Even now, their triumph seems scarcely believable.

“It’s the highlight, not only of my career, but of the careers of all 23 players who were in the squad. It’s the ultimate pleasure that a player can experience, especially for a small country like Greece. Nobody expected us to go there and win the trophy. It was something that will stay there forever,” says Stelios.

“Game after game, you build confidence. Your self-belief goes higher and higher and, eventually, you see that you can achieve things if you have togetherness, team spirit, talented players and a very talented manager as well. We had the backing of the whole nation, who came to Portugal to support us. They gave us wings in our feet.”

After soaring to unimaginable heights on the international stage, Stelios helped his club to do the same. Bolton routinely upset the big boys, especially Arsenal, and twice competed in the UEFA Cup, where they faced heavyweights like Marseille, Bayern Munich and Atletico Madrid, more than holding their own.

“We had a good run and some great results. There are plenty of European memories with Bolton Wanderers and I think the fans still remember these moments. It was a great time for the club.”

Unfortunately, Bolton struggled in the league after Allardyce’s departure. His assistant, Sammy Lee, took over but was soon sacked and their decline set in under Gary Megson. Poor decisions, compounded by financial mismanagement, saw them tumble through the divisions.

“A lot of things changed for the worse. I think, from the moment that Big Sam left, very slowly, but progressively, the club began to go downwards. That was very sad for me because I love the club very much. It was a big blow for the fans when the club went into administration and went down to League Two.”

Their suffering was painful for Stelios to observe, albeit from afar. Shortly after scoring a couple of important goals to keep Bolton safe from relegation, he left the club in May 2008 and had brief spells at Hull City and Larissa before retiring.

The 47-year-old has been back to Bolton on several occasions since then, cementing his relationship with the supporters, and is living there again as he looks for his next job. After taking charge of Paniliakos and Kifisia, Stelios was assistant manager of the national team. He’s now keen to secure a role in the English game. There have been discussions, but nothing concrete so far.

“Football is my life. I can’t imagine myself not getting involved with football. I think it was natural that I became a manager. I had my first transition as chairman of the Greek PFA for two years, but at the same time I was doing my coaching badges,” he says.

“I think every experience is a lesson, whether it’s good or bad. I felt the ugly side of the game because the lower you go in Greece, you have fewer tools to work with. Backroom staff, players, basic stuff. I think the higher you go, the easier it becomes because you have the equipment and the facilities.”

A driven and ambitious player, Stelios is just the same as a manager. He expects to have to work his way up but sees no reason why, taking on board some of the lessons he learned from Allardyce and Rehhagel, he can’t succeed at the top level.

“I’ll never give up. It’s a very difficult period with Covid, we all know that, but I think that he who searches, finds in the end. I’m very positive that something will work out. I don’t mind if it’s a lower division if the project is good.

“My ambition is to become a Premier League champion one day. If you see my CV, I’m a champion. I want to coach elite level players in order to become a champion as a manager.”

This article was orignally published in October 2021.