Steven Pienaar: Roberto Martinez should’ve said when we were sh*t 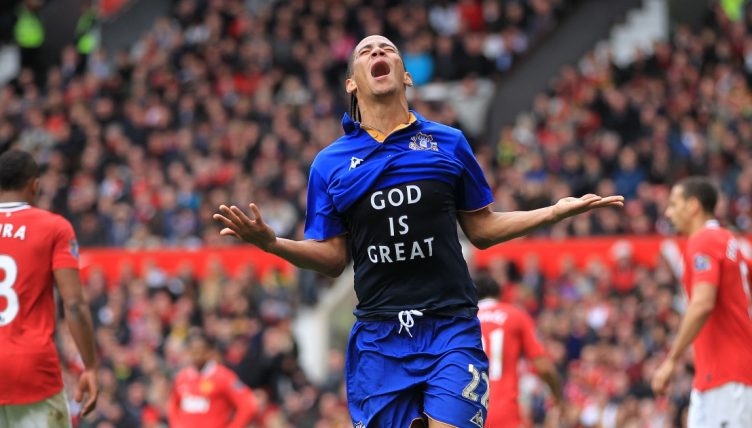 Throughout the David Moyes era, Everton were forced to operate on a limited budget, trying to keep pace with the Premier League’s top clubs while spending a fraction of the money that their rivals did on transfer fees and wages.

As a result, they had little margin for error when signing new players. By necessity, they became adept at spotting a bargain. And while there was plenty of competition, signing Steven Pienaar for £2million was one of their best.

The midfielder embodied many of the characteristics of Moyes’ Everton, becoming a favourite of the manager and the club’s supporters too. A hard-working and committed team player with no shortage of technical ability, he made more than 200 appearances across the course of two successful spells at Goodison Park.

“It’s a special club,” Pienaar says. “Since I first joined the club, just walking in the street, bumping into people and talking to them, they were always kind to me. They made me feel like I was wanted, like I was part of the family.

“The supporters have always been like family to me. That’s why I always gave everything that I could, because of the way they made me feel.”

It was testament to the warm and supportive atmosphere Pienaar found in Liverpool that the city soon felt like home. By that stage, he had come a long way from growing up on the south side of Johannesburg, gradually turning his dreams of becoming a footballer into reality.

“The area where I grew up was quite difficult,” he says. “There are a lot of drug dealers. Crime and poverty are quite high. It was tough. My mum always made sure we were indoors, and we went to school. It was difficult for her, but all the discipline we got from home helped us as kids.

“My mum bought me a plastic ball and I was only allowed to play in the garden. I wasn’t allowed to go outside to play with my friends. I just started kicking the ball against the wall, against the windows. I broke a few,” he laughs.

Pienaar progressed to playing on the street with his friends, using makeshift goalposts, before his talent was nurtured in more structured environments. During his time at the Transnet School of Excellence, he was scouted by Ajax, who placed him with their local feeder club.

There was interest from big South African teams, including Orlando Pirates, but Pienaar thought that he would be better served by joining feeder club Ajax Cape Town thanks to their emphasis on youth development. At 18, having already experienced first-team football in his home country, he moved to the Netherlands. 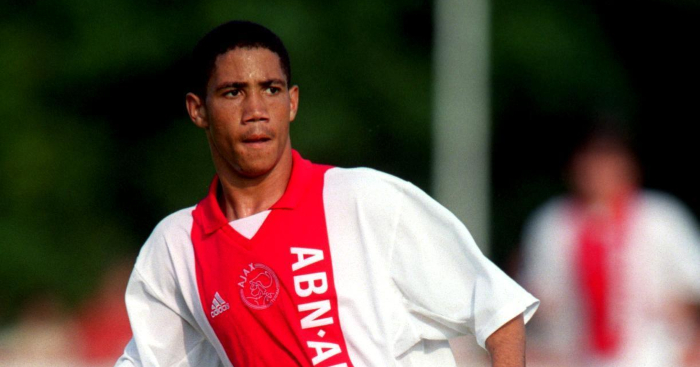 Once Pienaar arrived at Ajax, he played alongside Maarten Stekelenburg and Rafael van der Vaart in the reserve team, refining his game and readying himself for the next step.

“They want you to play with an elegance to your game and real purpose,” he says. “For me, as a young player, I learned a lot about how to make the right decisions, when to move and also to read the game better.

“It’s not easy for a young player coming from outside of Holland to make it to the senior team in your first year. I had to work hard. I had to adapt to the style of football.”

Pienaar’s early experiences with the first team came in August 2001. He travelled with the squad for a Champions League qualifier against Celtic at Parkhead and was then on the bench for De Klassieker, the famous derby between Ajax and Feyenoord.

He eventually made his debut in the second half of the season after Ronald Koeman had taken over as manager. Pienaar went on to play his part in a league and cup double.

“It was a surprise. I was also proud because I was the only player from the second team that made it into the first team at the time. It was a motivation for the players in the second team to follow in my footsteps.” 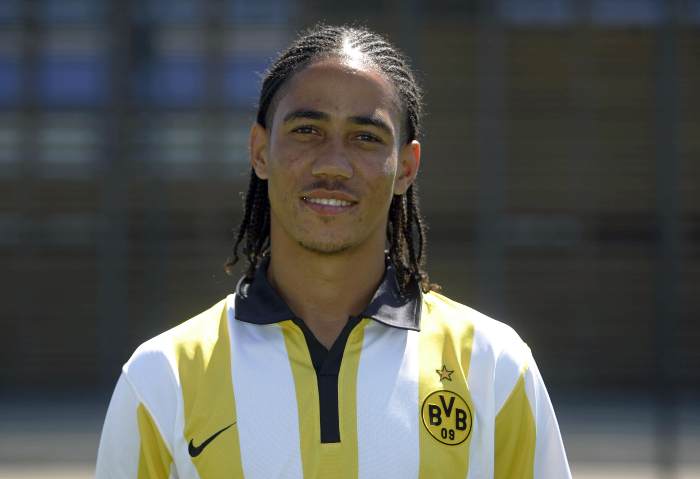 “Moving from the Dutch League to the Bundesliga – it was a bigger competition, tougher,” Pienaar says. It was the right step to take. I was going to a club that was just coming out of a difficult situation, with the financial problems they’d had before.

“It was a great opportunity. Obviously, there was a new manager coming in [Thomas Doll]. He made his new plans for the season. The sporting director had plans for the team and he went out to buy more players than he should have.”

Suddenly swamped with options, Dortmund allowed Pienaar to join Everton on a season-long loan. The Toffees had finished sixth the season before, qualifying for the UEFA Cup, and were looking to breach the top four. The challenge appealed.

“Liverpool is a passionate city. They love their football,” he says. “Everton is a family club, the people’s club. Before I went, I did some research about the club. People who live in the UK told me how passionate the supporters are. That was something I really wanted to feel.

“My first impression when I joined the team was that you could feel the atmosphere was totally different to Dortmund.”

Leighton Baines also arrived in the summer of 2007, just a couple of weeks after Pienaar, and they struck up an excellent understanding on the left flank. Both clever and diligent players, they worked well in tandem. 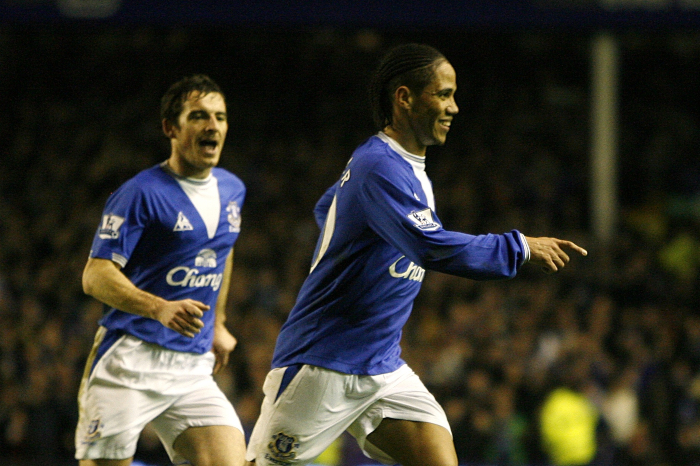 While Baines would look to overlap, Pienaar liked to cut inside and link up play, causing uncertainty for opponents. They were the source of much of Everton’s attacking threat but didn’t shirk their defensive responsibilities either.

“We’re both the kind of players who really want to work for the team. The manager noticed that as well. We’re both honest players and we wanted to work hard for the team and help achieve good results.

“We were always hard-working, even in training. Always committed every day. What you do on the training field you take into the games, and it just clicked.”

Everton continued to push for trophies, and a place in the Champions League, but never quite made it. In Pienaar’s first season after signing permanently, they finished fifth and lost 2-1 to Chelsea in the FA Cup final. As was so often the case, that extra touch of quality told.

“At the time there wasn’t a lot of investment,” Pienaar says. “The manager did a brilliant job with what he had. If we did have the investment at the time, who knows? It might have been different.

“We were reaching the limits of the team as a whole. We gave it our best shot, and that’s all you can do. We gave a good account of ourselves as a team.”

Pienaar’s desire to play at the very top level prompted him to join Tottenham, who had recently gatecrashed the top four, in January 2011. But the move didn’t go to plan; he was never able to settle and find his rhythm because of injuries. He remembers the worst of them vividly.

“We played the last pre-season game against Athletic Bilbao at White Hart Lane. Ten minutes into the game I was stood on my own and I wanted to turn. I just fell down with a bang. I couldn’t even walk.

“I ended up with a double hernia. That was so bad. I was almost three months, fighting with myself to get back, working so hard to get fit again.” 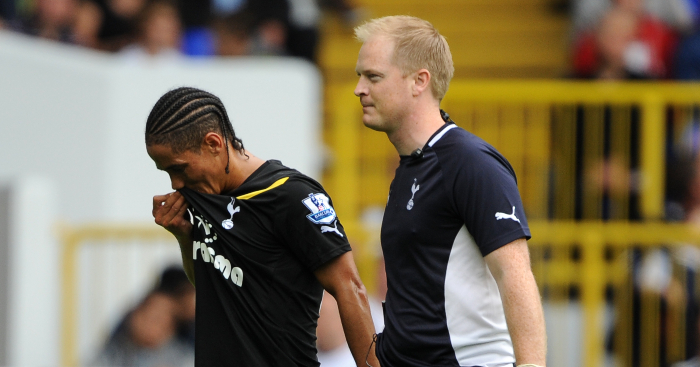 When he did eventually return to action, Pienaar needed games but wasn’t getting them at Spurs. He went back to Everton on loan, enjoying a great second half of the season, and confirmed the move that summer. He stayed with the club for another four years, witnessing the transition from David Moyes to Roberto Martinez.

“They’re two different managers with different principles,” says the former South African international, who won 61 caps for his country. “Moyes was quite honest. He’ll tell you what he thinks about you and the way he wants you to play. We played with a good set-up.

“Martinez was obviously more open-minded. He wanted to go full-out on attack. I liked both their coaching styles but, for me, I preferred Moyes’ way of working because he was very honest – sometimes brutal – in his assessment of things.

“Martinez was not honest enough when the team was playing badly. You tell them, ‘Listen, you guys were shit today.’ That’s it. He’d try and sugar-coat it a bit. But he was very strong technically and tactically, and we all enjoyed his sessions.”

Pienaar worked with Moyes once more at Sunderland, during a disastrous season. The warning signs were there from the start. The focus and unity that had been the foundation of their success at Everton was sorely lacking on Wearside.

“Everything was wrong at the club,” he says. “Even when I went to train with them for the first few days, I could see there was no passion, no desire in the players’ eyes. You could feel that there was no hunger for them to fight for each other.

“When you walk out onto the field, you want to give everything. You don’t go half-hearted. Everyone could sense it. The club was in turmoil before Moyes took over. He couldn’t get enough players in that he wanted, but you have to work with what you’ve got in front of you.”

It wasn’t enough as relegation with Sunderland provided a disappointing end to Pienaar’s career in English football. He had a brief spell back in South Africa with Bidvest Wits before retiring in March 2018.

After stepping away from football for a while to spend more time with his family, he was keen to get involved again. The 38-year-old is now embarking on a coaching career, as he combines helping the Ajax Under-16s with managing amateur side SV Robinhood.

“My ambition is to one day coach a senior team at the highest level,” he says. “That’s why I want to become a coach. I want to give back but also go on to coach a professional club at a senior level.”

This interview was originally published in June 2020.