Steven Taylor is playing for his fourth club since leaving Newcastle United in 2016, but whatever he achieves in the twilight of his career, it’ll undoubtedly be his time on Tyneside for which he is remembered.

Taylor came through the ranks at Newcastle and stayed for another 12 years after progressing to make his debut for the first time in 2004, going on to make 268 appearances for more than a dozen managers.

Yet to those outside of Newcastle, the centre-back is remembered best for one incident in one game back in 2005, the infamous red card he received in a 3-0 defeat against Aston Villa.

Kieron Dyer and Lee Bowyer were sent off for fighting each other that day, but Taylor’s dismissal is equally well remembered having handballed on the line and gone down theatrically clutching his chest in a bid to avoid a red card.

He says it’s one of the first things his new team-mates at Wellington Phoenix brought up when he made the move to New Zealand in 2018 having visited there on a pre-season tour with Newcastle four years earlier.

“I nearly snapped my back doing it!” he jokes of the handball. “I was on the bench that day and I came on. Nicky Butt dwelled on the ball, Darius Vassell burst through and he ran past Shay Given, then it was me against him.

“I thought I’d try and give him the eyes, I dodged one way, but he just hit it too high. It hit my hand and I’m thinking, ‘Ahhh no!’, praying to god that I don’t get sent off, knowing it would be what everyone would be talking about in front of 52,000 fans.

“I didn’t realise how close the referee was, but when I saw, it was curtains, see you later. Looking back, I can’t believe my back didn’t snap.”

Taylor is enjoying life in Wellington and says it was his decision to leave St James’ Park in 2016, initially for Portland Timbers in MLS, after the Magpies suffered their second relegation from the Premier League in seven years.

He had stayed to help them bounce back immediately in 2009-10 while in his prime years, but with Rafael Benitez looking to rebuild the squad and Taylor entering his 30s, he felt it best he moved on.

“Rafa was great and I wish he’d come a little bit earlier,” Taylor says. “The day he arrived, straight away he had the boys out on the training pitch, he was extremely professional. There was a real aura about him. If he’d come in two months earlier, I don’t think we’d have been in that position.

“I remember going into the last game of the season when we were already down and winning 5-1 against Tottenham, then on the Monday morning I met (managing director) Lee Charnley and we had a good discussion.

“He said there would be a lot of squad rotation, and I wanted to play, I’d missed a lot of games over the last few years with injuries and I wanted a new chapter in my career.

“I loved my time there; I’m a Newcastle lad, sitting in the terraces with my old man, being ball boy, scoring at the Gallowgate End, there’s not much more I could have asked for.”

The love for the club that courses through him to this day was put to the test after that first drop down in divisions when Everton came in for the then-England Under-21 star, but Taylor felt remaining at St James’ Park was best, especially with the prospect of Alan Shearer leading the charge having taken over as manager at the back end of the 2008-09 season.

Mike Ashley decided against extending his stay, though, instead handing the reigns to Chris Hughton. Taylor couldn’t believe Shearer didn’t remain but has only good things to say about his successor.

“Everton was on the cards and my agent was organising all that stuff, but I went down with Newcastle and I wanted to help them get back up,” he says.

“It was on Sky Sports that I was down there for a medical, but I was lying in my house! I got a phone call and I was just thinking, ‘What the hell?’ Maybe it was just agents trying to get a big payday, I don’t know.

“I’ll never forget the day we went down at Aston Villa, we took a walk around the hotel and you could hear Villa fans chanting, ‘Going down, going down!’ When the goal went in off Damian Duff’s ankle, I just couldn’t believe it.

“I think it (relegation) had to happen, some players were at the club for the wrong reasons and didn’t want to be there. In my time, I’d seen plenty of players with agents who would get in their heads and every transfer window, they’d be linked away. They’d use Newcastle as a stepping stone, and I didn’t like the way the process was.

“Some players are driven by trophies, others by money. Agents would be in their ear saying, ‘There’s a contract here, don’t get injured.’ I’d see players saying, ‘I don’t fancy it, I’ve got a big move coming up.’ That is what fans don’t see and it is the hardest thing.

“Shearer came in, a proper legend of the club, he shouldn’t have to give a team talk. I’d have loved to have seen him with his own players and money to spend over a summer, giving it a proper go, but Mike Ashley chose Chris Hughton, who was unbelievable as a man and a manager.” 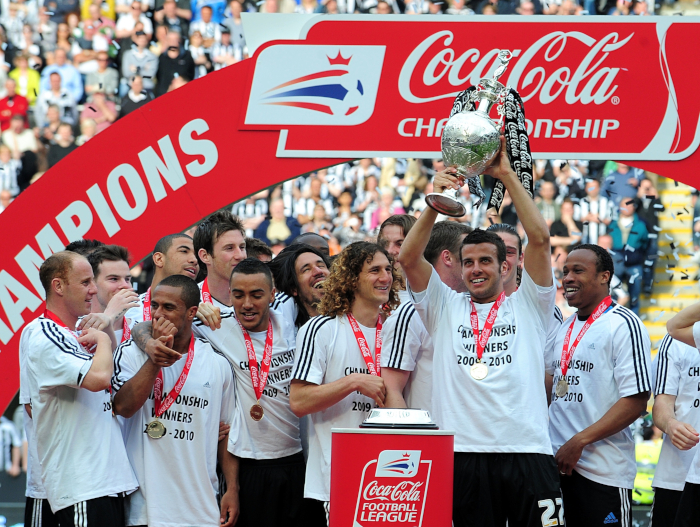 Ashley, who bought the club in 2007, is incredibly unpopular with Magpies fans for a number of reasons, including his frugal approach to transfers.

The club has been unable to compete at the top end of the Premier League for a number of years, which is impacting contract negotiations with current boss Benitez. Taylor, remembering the excitement of the Bobby Robson years and still referring the club “we”, can’t hide his own frustration.

“There’s two sides to this,” he says. “The club is financially stable and he’s a billionaire for a reason.

“Football-wise, what we had when I first started has been lost. He buys players cheap, everyone knows that.

“If you look at the squad now, and how much it has changed in two or three years, it is absolutely phenomenal. Newcastle United should be building – you used to read the back pages about a big player coming in, and fans can’t do that now. They’re missing that excitement.

“It’s okay saying, ‘Sign young players,’ but you need a core of experience. Back in the day, you had Shay Given, Jonathan Woodgate, Gary Speed, and we built on that.

“That was what Bobby Robson instilled. He’d always say ‘If you buy a League One or League Two player, that’s where you’re heading,’ and he was spot on. A club like this should be buying top players.

“I played for a number of years where we should have gone for it in the FA Cup instead of playing a second-string side with too many young players.

“Newcastle have a worldwide fan base and they need big signings to kick on; the attraction is there, big stadium, fantastic city. They’ve dropped off, but when you go down the cheap route, that is what happens.

“With Rafa now, he has to be given money and allowed to spend it on the players he wants. If not, it’ll be more of the same down the bottom of the league next year.

“Newcastle shouldn’t be anywhere near that. They’re a sleeping giant, they’ve got a top manager there now, and if they signed a big player, they’d get their money back in shirt sales.

“Look back at the top players we were linked with; Patrick Kluivert, Michael Owen, Wayne Rooney, Rivaldo, Ronaldinho. We need that excitement back in the city.”

Owen arrived from Real Madrid for £16million in 2005, a club record that stood until January of this year, and while Taylor admits the former England striker had his issues at Newcastle, suggesting he’d rather have re-signed for Liverpool, he says he feels lucky to have trained with him every day. 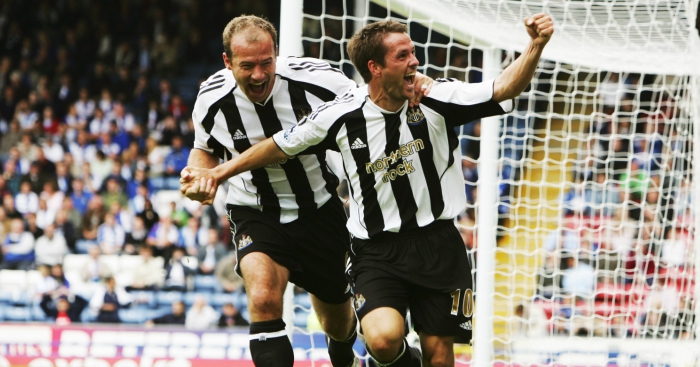 “He made it clear he wanted to go (back to Liverpool), and obviously he had injury problems too.

“At the time I didn’t realise he wasn’t happy and I never got myself involved. I wanted to focus on myself.

“He signed for Manchester United at the end of that season (2008-09), and I don’t think he wanted to get injured, but he had his own situation going on. I learned a lot from him and I’m happy I got to train with him every day.”

Despite the negatives that plagued his time on Tyneside, Taylor has plenty of positive memories to look back on, including Newcastle’s European campaigns, which helped form an unlikely relationship with a footballing legend.

“The one thing I really do miss is the European nights,” he says. “I’ll always remember the atmosphere at St James’ Park when we beat Anzhi Makachkala 1-0 (in 2013). Papiss Cisse scoring in the last minute, I’d never experienced anything like it.

“I swapped shirts with Samuel Eto’o on my debut against Real Mallorca (in 2004) and played against him at Anzhi and then Chelsea. When I came out to the Phoenix, people were asking me about him because he was linked with a move here too.

“I didn’t think he’d remember me, but when we played Anzhi I think he knew because my agent at the time had done a deal with him. Then when we met against Chelsea, I left my mark and made sure he knew who I was then!”