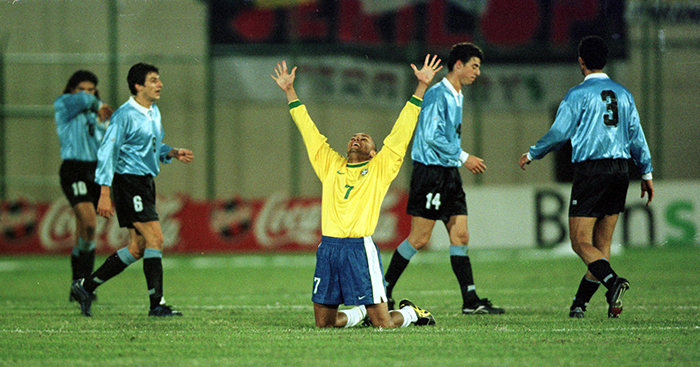 You probably haven’t even heard of Boca Raton. Only founded in 2015, they play in the American fourth tier and have a stadium capacity of just 5000 – but this is no is a club with big ambitions.

Back in the early 2000s, Brazil forward Márcio Amoroso was one of the best-paid and most highly sought-after footballers in the world.

After tearing up Serie A with Udinese, his first European club, the 1999 Copa América champion made big-money moves to Parma and then Borussia Dortmund, but his career slowed after leaving the German club in 2004 and – as he approached his mid-30s – he was on few people’s radar.

How, then, did it transpire that the man capped 19 times by Brazil was still playing in 2016 in South Florida for American fourth-tier outfit Boca Raton FC?

And how did this small club, founded this decade, find itself boasting not just Amoroso but also Brazil-born Ukraine international Edmar and Campeonato Brasiliero veteran Luizão, with one-time Juventus left-back Athirson joining as coach for the 2017 campaign, their first in America’s NPSL?

“I met Amoroso when he was on vacation in Florida, and when I asked him if he wanted to play for us he just laughed at first,” Boca Raton FC president Douglas Heizer tells me over Skype.

“He had been retired for many years, but I told him he could think about it and let me know.” 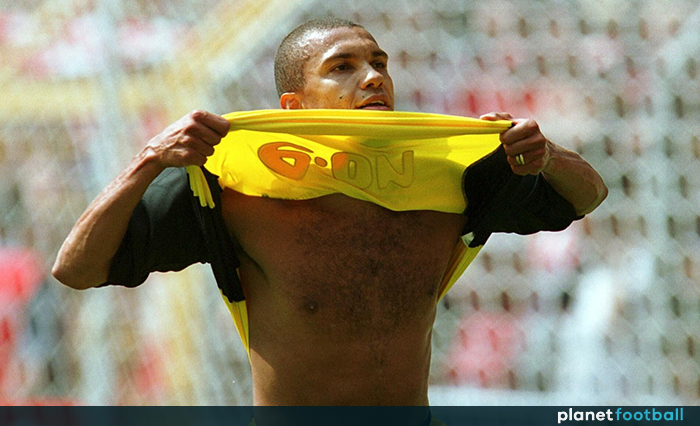 Heizer previously worked in amateur football in his native Brazil but describes his background in the sport as first and foremost as a fan of Flamengo, where Amoroso played before moving to Udine.

He admits this has helped him populate the Boca Raton squad: “Just like when a team here gets an English coach he will bring English players”.

Through Heizer’s connections he was able to secure conversations with Ze Maria and Rivaldo, with the latter convincing his former Bunyodkor team-mate Luizão to move to Southern Florida.

“When Amoroso saw that we had Luizão maybe he thought there’s something here,” Heizer says.

“He played a couple of games [in 2016 when Boca Raton won the APSL spring and fall championships] and also has a licence to use the Boca Raton FC brand in Brazil, where he acts as an ambassador.”

The impact of Amoroso

The NPSL is recognised as the fourth tier in the United States, but without relegation and promotion the overall setup doesn’t really have an equivalent in leading European football nations.

Crowds at this level are generally in the hundreds, and the standard can be generously described as mixed, yet Amoroso is not the only Brazilian star to play at this level in recent years.

With such short seasons (more on that later), some owners can see the benefit in bringing a big name over just for a few months, but Heizer has longer-term plans in mind.

With that in mind, he believes the signings of Amoroso, Luizão and Edmar are different to Miami Dade FC’s recruitment of former wunderkind Kerlon, or even Miami United’s much-heralded signing of Adriano.

“Adriano is a different player to Amoroso,” Heizer says. “He was in Miami last season, but where is he now? 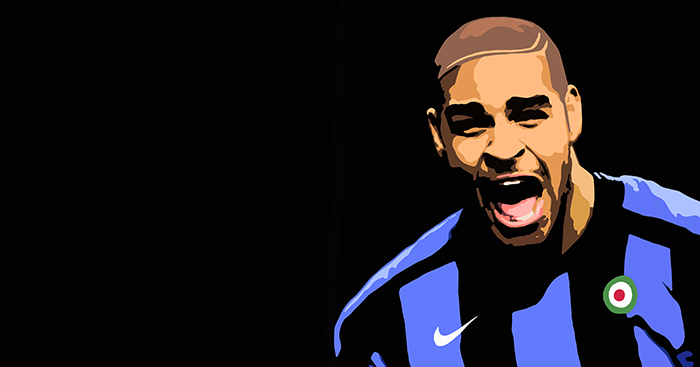 “I am good friends with Roberto [Sacca, owner of Miami United] but, with respect, I don’t want a player just for one year.

“Amoroso isn’t like the new stars, he’s an old star,” he laughs.

“People can watch him play and it will make a difference. Amoroso can teach these players about how football works, not just how to play.”

Indeed, while the veteran is now only expected to feature for the club in exhibition matches, his impact has already been felt.

“Being on the field with [younger players] is the best type of assistance I can give them,” Amoroso tells me, through a club representative.

“They are very eager to learn and it makes it easier for me because of that. I’ve been able to show them how to slow down the game when needed, and just have better time management throughout the entire game.

“The technical skill is much higher in South America, but American players tend to be fit and many have good skills as well.”

The problems of the fourth tier

As well as the differences in the football pyramid, the structure of each individual football season is markedly different in the United States compared to more established football countries.

At MLS level, and even to a degree with the NASL and USL, the strain of long-distance travel comes into play (exacerbated by teams only being allowed a certain number of charter flights per season), so the March-November season structure is perhaps the limit of what players can accommodate.

However, the NPSL set-up is far more localised, with the 96 teams competing in 2017 being split into 14 different regional conferences.

The drawback is that those involved have just six months’ worth of competitive fixtures and can sometimes have a tough time finding opponents for friendlies during their downtime.

“The biggest frustration is finding teams to play against to play all year round,” Heizer says.

“We have to play teams that are here for pre season or mid-season tours, like Shakhtar, São Paulo, the Jamaica national team.”

It is for this reason, Heizer claims, that Athirson has not been asked to commit to a long-term contract in charge of the first team.

“I want him to see the United States, to know what it’s about, so he doesn’t get frustrated,” Heizer says.

Heizer’s goal is to make the team self-sustaining within five years, with at least half of the first team being made up of academy players. One squad member has already made the jump up.

Boca Raton has the advantage of being able to draw from two local universities, Florida Atlantic University and Lynn University, and the club has expressed its desire to work closely with the local community, but there still isn’t as much of a soccer culture as in Europe or South America.

“Soccer has always been healthy in South Florida but people will play soccer for only some of the year and then they’ll also play football or baseball, so if I ask someone ‘are you a soccer player?’ they don’t know how to answer,” Heizer says.

The arrival of more established players ought to change this, however, providing up-and-coming players with someone to look up, someone with tangible achievements in the game, someone who is willing and eager to share his wisdom with the next generation.

So, where does Heizer see Boca Raton FC a decade from now?

Could we yet see a third Floridian team in MLS after Orlando City and the soon-to-be-launched new Miami franchise? Or perhaps they’ll look to get a foot on the USL or NASL ladder? Not necessarily, it seems.

“Fans here don’t care about letters in front of a league, just want to see a good team and have a good experience,” Heizer says.

“In 10 years? Maybe we can have a player for the national team.”