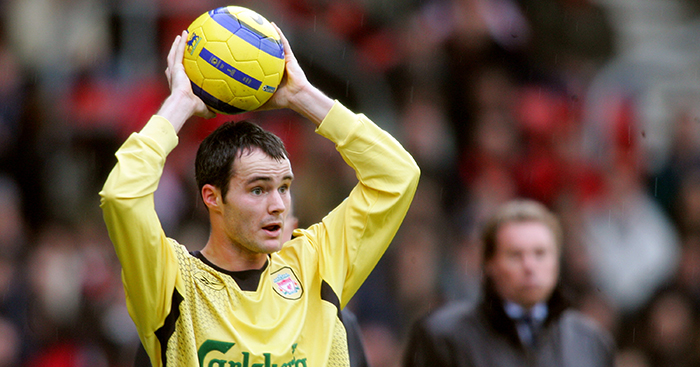 David Raven was man of the match on his Liverpool debut, played for them in the Premier League and celebrated their Champions League triumph on the pitch, yet it’s his time at Inverness he describes as the peak of his career.

In this One-Game Wonders series we’ve spoken to dozens of footballers who played just once in the Premier League but regard that one appearance as one of the highlights of their career.

David Raven is different. A local lad, he achieved things most fans would dream of doing at Liverpool, but he does not take a great deal of satisfaction from his three appearances and actually cancelled his contract a year early to get first-team football elsewhere.

As far as he is concerned, simply being at Liverpool did not make him a Liverpool player.

“There was a point when Steve Finnan was injured and Josemi was the replacement,” he says. “I was third choice and Josemi wasn’t up to much, and I remember the reserves coach Alex Miller was telling me to push myself, saying there was an ‘unbelievable chance’ for me to get in the team.

“I pushed myself as hard as I could and it didn’t quite happen. It was at that point I thought it was time to move on. 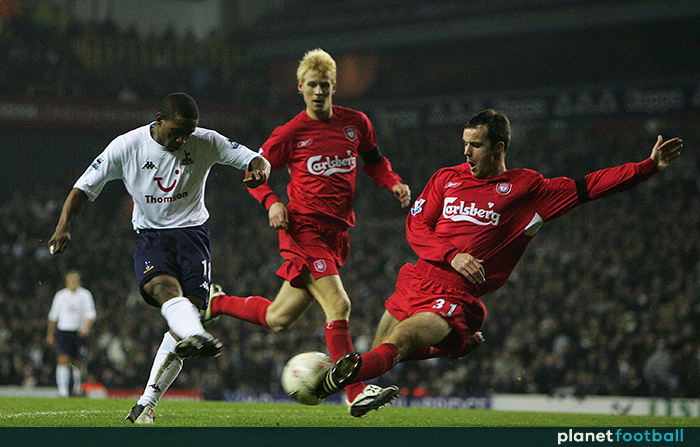 Initially, the future looked promising for Raven at Anfield. He appeared for their Under-19 side when still only 15, captained England at various under-age levels and stepped up to skipper the Reds’ reserves too.

Then Rafa Benitez took notice, started to involve Raven with the first team and told him he saw his position as right-back rather than centre-back where he had been playing. With the competition in that area not always the strongest, things looked good.

And sure enough, on December 1, 2004, having been an unused substitute in the previous round, Raven played the full 120 minutes of a League Cup quarter-final against Tottenham, which Liverpool won on penalties.

Raven was given the Man of the Match award but more importantly got another chance the following month in an FA Cup third-round tie against Burnley.

Unfortunately, that was the game everybody now remembers for the comical own goal from the occasionally-maligned Djimi Traore that handed Burnley the win.

🔄 Dont worry, it was still a goal for Burnley. Still can’t work out what Djimi Traore was trying to do…#twitterclarets #UTC #LFC pic.twitter.com/xbs7BHLpbl

However, while that goal and that defeat seriously dented Raven’s future first-team chances, he has nothing but good things to say about Traore.

“Djimi Traore was underrated and he got a stick for some things he did like that,” Raven says.

“I saw him day in, day out and the man was an absolute athlete and a good player who struggled with a bit of his confidence at times. That was his main problem. He was a good player and a good lad.

“I was gutted that game because I remember Benitez saying in the changing room afterwards that we’d just blown our chances of playing more games in the first team, as that was our ticket to play in the first team.”

Despite Benitez’s harsh words, Raven made his Premier League debut four days later when he was plucked from the bench to replace the injured Sami Hyypia for the final 23 minutes of a game at Southampton that the Reds were already losing 2-0.

He was given a baptism of fire as Saints boss Harry Redknapp decided to target the youngster.

“Sami Hyypia got injured and then the next minute I was on,” Raven says. “My main memory is Harry Redknapp sending Peter Crouch out to the left wing and telling the whole team just to do diagonals onto Crouchy as a young lad had just come on.

“It went quite well as some of the reports were good, but Liverpool that day were pretty poor.

“I just went on and kept it as simple as possible and it went down quite well with a few of the commentators watching, but we lost the game which didn’t bode well for me. And that was my last time playing.

“A few of the first-teamers said congratulations and shook my hand which was nice, and it’s something I’ve taken on with me for the rest of my career; when a young lad comes through and plays his first league game I always make sure I go over and say congratulations like Didi Hamann did with me.” 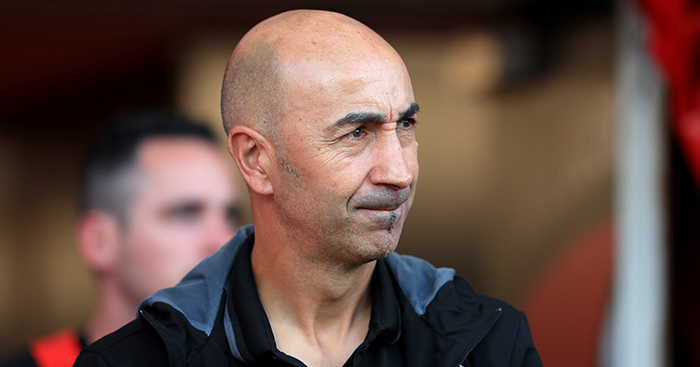 READ: Pako Ayestaran: These four ‘special’ players stood out to me at Liverpool

Although that was to prove Raven’s last appearance for Liverpool, he did at least get to travel to Istanbul with other fringe players to witness the greatest comeback in European football history as Liverpool recovered from being 3-0 down to eventually beat AC Milan on penalties.

Raven celebrated on the pitch afterwards, but he wasn’t able to take any personal satisfaction from it.

“We managed to get on the pitch afterwards and do a lap of honour and get on the podium, but I just felt like a fan that day.

“I was a lucky fan. I was down in the changing room having my photo with the European Cup and it’s something I’ll never forget. It was just one of those occasions where you’re pinching yourself that you’re there.

“We jumped on the bus going around town as well and it was an amazing thing to be part of, but I didn’t do anything to sort of merit any reward from it. I didn’t play one minute in that Champions League so it wasn’t a personal thing for me.”

And with his route into the first team at Anfield now seemingly blocked, just over a year after his debut, Raven walked away from the club he grew up with to join Carlisle United.

“I had come to terms with the fact it wasn’t going to happen,” he says. “I needed to play. It had gone on a few months where I was training with the reserves so I cancelled my contract with a year left on it.

“If I’d stayed I probably wouldn’t have gone on to make a career in the game. I know boys who stayed there too long and they ended up rotting in the reserves and not playing competitive games. I needed competitive games so I did what was best for me.

“It wasn’t hard to leave. It was just the next step, so it wasn’t a big decision for me.”

Raven went on to make a career for himself, spending his best days at Carlisle and Inverness Caledonian Thistle, where he proved his reliability in defence. 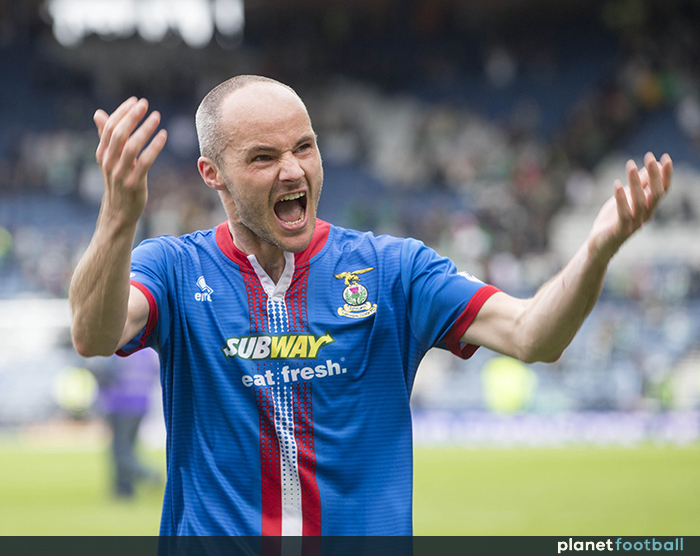 “There was a spell at Carlisle when we had a cracking side of Danny Graham, Joe Garner and Keiran Westwood, lads who have gone on to kick on into the Premier League,” he says. “We should have gone up but we got beat in the play-offs by Leeds in the end.

“Then the first and second years at Inverness, one under Terry Butcher and one under John Hughes where we went on to win the Cup, it was just success after success.

“I would go as far as saying Inverness was the best place I’ve been as a footballer, in terms of what I experienced and what I achieved up there. I came to the peak of my career up there.”

And what about his one game in the Premier League?

“It doesn’t rank anywhere. It’s nice to say I had a Premier League appearance, but that’s far as it goes.

“In terms of importance, my Liverpool debut is more important in my mind and then what I achieved at Carlisle and Inverness is more prominent in my career.”

The Premier League is the holy grail for many clubs, but for David Raven it was Scotland.