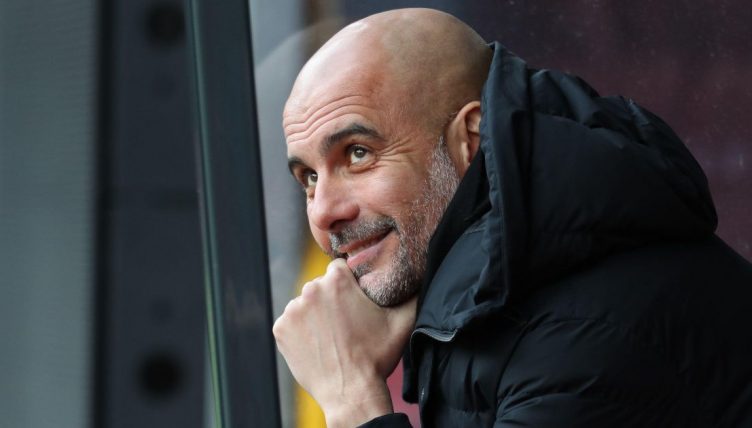 Approximately 30 miles north of Manchester City‘s Etihad Stadium lies the small Lancashire town of Nelson. It’s an unremarkable place, but without one of its most famous sons, Pep Guardiola might never have become a manager.

This is the story of Jimmy Hogan, a man who quite literally revolutionised football in a number of countries, a man appreciated more in foreign lands than his own, but a man without whom the style of play Guardiola is now famous for may never have come into fashion.

Hogan is credited with helping create the famous Austrian ‘Wunderteam’, developing Hungarian side MTK which in turn formed the basis of the legendary Hungary side of the 1950s, and helping revolutionise the game in both Switzerland and Holland.

He is one of the most important and influential figures in football history.

It was while touring the Netherlands as a Bolton player that Hogan became inspired to be a coach, remarking after Wanderers had easily beaten Dordrecht: “One day I’ll return and teach them how to play.”

He did that in 1910, taking over as the Netherlands coach and becoming English football’s youngest-ever coaching export. 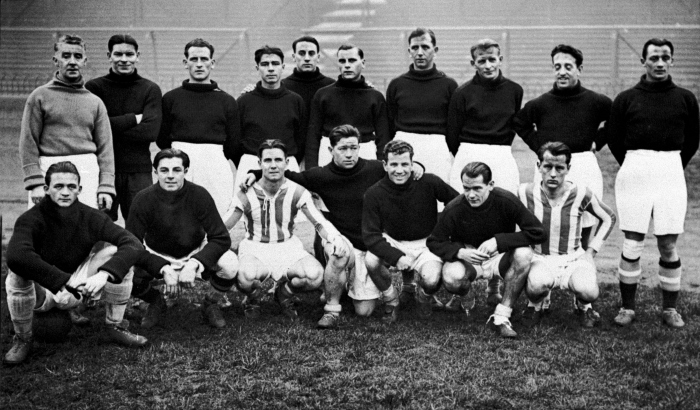 Hogan soon realised that the old English theory that strength and stamina would always win the day was outdated, even when football was still almost a new sport to many.

His work, particularly with MTK, far preceded the Total Football teachings of Rinus Michels and Johan Cruyff, and both were to be inspired by and linked to Hogan when they became coaches.

MTK was where Hogan truly developed as a coach, creating the 4-2-4 formation that the legendary Magyars would take forward and use for years to come. While Honved provided the majority of the players, it was MTK’s system that was used.

As Hungary’s coach Gusztav Sebes said during the 1950s: “We played football as Jimmy Hogan taught us, and when our history is told, his name should be written in gold letters.”

It was two Austrians rather than any Hungarians who were to help shape Pep Guardiola, but both were also inspired by Hogan, who had worked in Austria after being invited by national coach Hugo Meisl in 1911.

Meisl asked Hogan to work with leading club sides to develop technique and also work with the national team before the Stockholm Olympics of 1912. And it was while doing so that Hogan helped inspire Josef Blum to become a coach.

A defender who earned 51 caps, Blum took on Hogan’s theories and went on to manage sides such as Austria Vienna and French side Strasbourg. It was at Strasbourg that he coached Karl Humenberger, who says Blum “opened my eyes to a style of football I hadn’t considered before”.

Humenberger took that style on when he became Ajax coach in 1954.

During his tenure in Amsterdam, Dutch top-flight football turned professional for the 1956-57 season. By the end of that first professional campaign, Ajax had won the title, with Humenberger enjoying more time to work with his players, again using theories that Hogan had implemented into Austrian football almost 35 years previously.

It was in Holland that Rinus Michels was exposed to Hogan’s teachings via Humenberger. The Dutchman played under Humenberger for the last four years of his career before retiring prematurely aged 30 due to a back injury.

After moving into coaching, he returned to Ajax in 1965, but this was a side battling relegation and far from the force they were to become. Unlike Hogan, who often left after laying foundations, not seeing his work bear fruit, Michels enjoyed seeing the job through, as Ajax and their brand of football transformed world football.

The ‘Total Football’ they are credited with playing was a theory created by Hogan but improved by Michels using players such as Johan Cruyff and Johan Neeskens.

Michels won four Dutch titles, three cups and Ajax’s first European Cup with the Amsterdam side, before leading Barcelona to a La Liga triumph in the 1973-74 season. Of course, he took Cruyff with him to Catalunya, and it’s arguable as to whether Michel’s theories would have worked without Cruyff directing from the middle.

Cruyff, of course, went on to become the biggest single influence in the history of FC Barcelona. As a player he led the revolt against Real Madrid (and indeed General Franco, who Cruyff often stood up against much to the delight of the Catalan people), and as a coach transformed the club, promoting youth and laying the foundations for La Masia to truly thrive.

But it was Michels who Cruyff turned to for wisdom, stating: “Both as a player and a trainer, there is nobody who taught me more than him.”

Cruyff won four consecutive La Liga crowns (when the club had only won two in the previous 26 years) at Barça and attained the club’s first European Cup in 1992, beating Sampdoria at Wembley. Though it wasn’t quite Total Football, it was pretty close and heralded a new era at the club which prioritised technique rather than any physical attributes.

Cruyff’s most famous footballing son is without doubt Guardiola, who he brought into the first team and eventually allowed to dictate things from midfield.

READ: The story of the blogger who got work with Bielsa after inspiring Pep

At first Guardiola hated Cruyff, complaining to his Dad: “For him, I cannot do anything right.” But eventually, he learned it was tough love, learning to see the game through Cruyff’s eyes and changing the way he viewed football.

Ask Guardiola about the Dutchman now and he lights up: “Cruyff’s legacy isn’t trophies. He changed two clubs, and two national teams (Netherlands and Spain). There is no one who can compare to what he has done for football.”

When Guardiola arrived as Barcelona coach in 2008 (after an important season with Barcelona B), he, like Cruyff, looked towards the academy, banishing stars Ronaldinho and Deco and bringing in Sergio Busquets and Pedro, as well as freeing up room to turn Lionel Messi into the greatest footballer of all time.

Guardiola took what Cruyff did, used his theories, but improved on them to make the Barcelona side he coached possibly the best team of all time. As well as winning trophies, they played football unlike anything seen before.

Pep’s influence didn’t stop at Barcelona, though: his way of playing was taken up by the Spanish national team, who went on to win consecutive European Championships with a World Cup sandwiched in between.

When Guardiola went to Bayern, he won two doubles and played a style of attacking football the Bundesliga had never seen before.

Guardiola has done all that without ever deviating from his principles, the very principles that can be traced back to Jimmy Hogan at the beginning of the last century, and principles that have arrived with the Catalan via four other coaches.