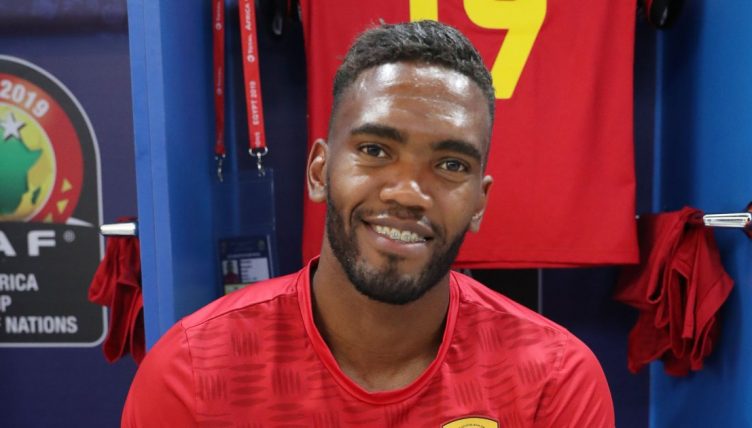 Evandro Brandao trained with the Walsall first team aged 14, spent three years at Manchester United and was later signed by Benfica, but his career has not exactly taken the path he might have expected.

Born in Angola, Brandao moved to London with his family aged nine after six years living in Lisbon.

Football was a key part of his early years in the UK, helping him integrate into English life, and his talents didn’t go unrecognised as he was spotted as a teenager, firstly by Blackburn Rovers and then Walsall.

“My family moved over to England because it was a good opportunity for me to learn a new language and to study,” Brandao says.

“The football side was a good way to get to know the country, other people and to make new friends.

“I went to Blackburn for a month on trial. My parents decided for me to not stay there, then we moved to Walsall.”

Brandao’s father had a friend in Walsall the young hopeful could stay with, his family deciding it would be best to be close to someone familar, and the move to the West Midlands proved to be the launchpad for what looked like being a promising career in English football.

Incredibly, he was integrated into the first-team squad by then-Walsall manager Paul Merson when he was just 14. 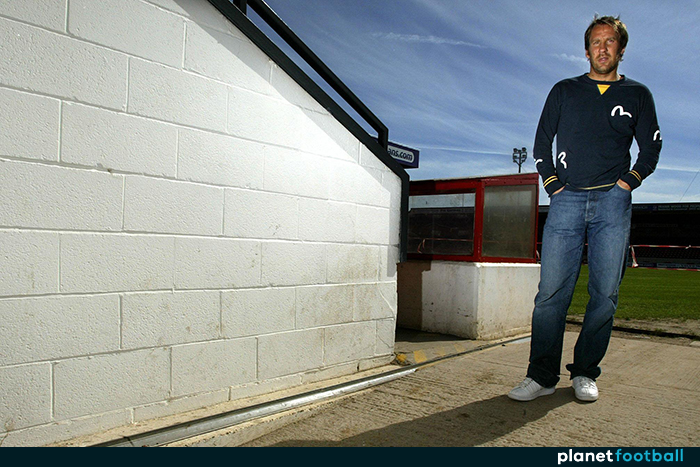 “It’s where everything started,” Brandao says. “It’s a club where I was made part of the family.

“Paul Merson was the coach and he was giving me a lot of confidence to be there and train day in and day out with them.

“He said when I was ready to get a chance, I would get a chance, but to just enjoy training, learn and make the most of it and take what I can from the experience of training with the first team.”

However, before Brandao ever had the chance to play for Walsall, Manchester United came calling.

Perhaps in hindsight he would have been better served staying at the League One club, but Brandao, 15 by now and already a Portugal Under-17 international, can hardly be blamed for wanting to make the move to one of the world’s biggest clubs.

The presence of one of his idols, Cristiano Ronaldo, at United will not have done any harm either, while another Portuguese, assistant manager Carlos Quieroz, was pivotal in making the move happen. 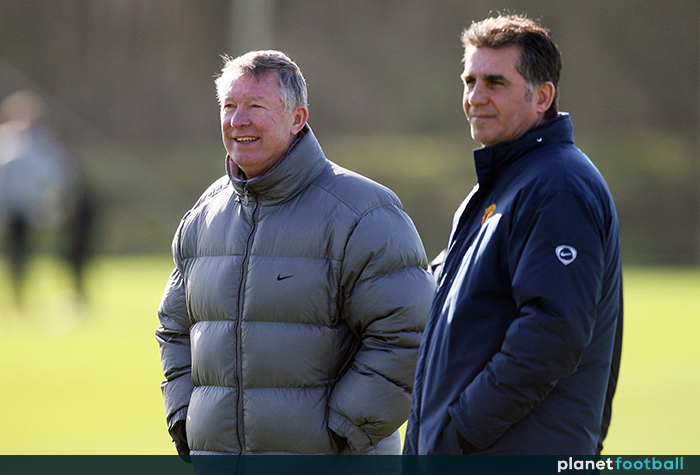 “They went to watch one of my games when I was at Walsall and the scout liked what he saw so he got in touch with the club and asked if I could go train with the Under-16s,” Brandao says.

“It was a big chance as you’re dealing with better players, a bigger club. The pressure is different, and day in, day out you’re sharing the same training facilities as the best players in the world. United is one of the biggest clubs in the world.”

Brandao enjoyed some success for United’s Under-18 team and stepped up to the reserves in 2008-09, but he was released at the end of that season and returned to Portugal to join Braga, where he would spend only a short period before heading to Libson giants Benfica.

He spent a season in their academy and was then loaned out to second and third-tier teams in Portugal in his second year at the club, but it ultimately led to nothing.

“At the time, I felt it was a good chance to come back to Portugal and show people what I could do as in Portugal they’d just heard about my name from playing in the international team,” he says.

“But many people there knew what I was capable of doing so I decided to come back. I felt it was the right moment after many years away from home.

“I knew it would be hard because Benfica didn’t have a B team, so most of the youngsters were sent on loan.

“I thought if I had a good loan, then maybe I would get a chance, but I just wanted to enjoy myself, improve more and more and do well in my first year as a senior.”

After failing to break into the Benfica first team, Brandao was offered a lifeline by his former Portugal Under-16 coach Paulo Sousa, who was at the time leading Hungarian side Videoton in the Champions League. 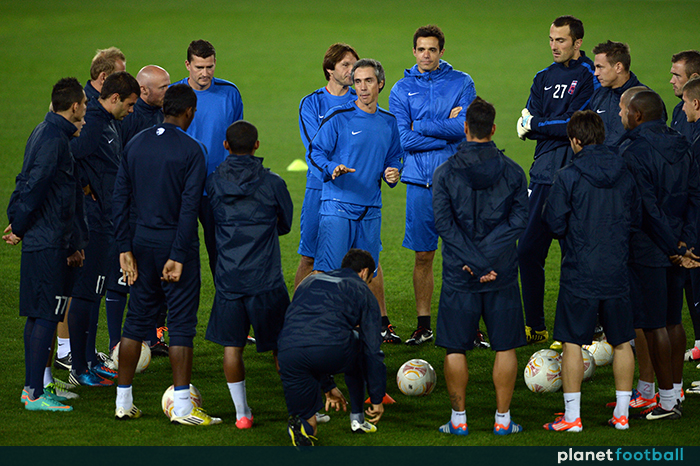 Though it may have seemed like a step down in quality from Benfica, Brandao’s only regret is that he didn’t stay longer as he instead returned to Portugal a year later for a loan move with top-flight Olhanense before dropping down a level to join Tondela permanently.

“It was a big decision for me to take (to leave Benfica), but I was going to a club that is massive in Hungary.

“Paulo Sousa was the coach, who I knew from Portugal Under-16’s, so I knew him and he knew what I was capable of. He wanted to take me so I decided to go.

“It was very different from Portugal, where the technical side is very important, whereas in Hungary it’s more physical, but I was used to that from England and I really enjoyed it. It was a really good time out there.

“The first season in Hungary went well, but I had another shot in the top flight in Portugal.

“I wasn’t really ready to take that step, I think I should have stayed having more games under my belt and wait another year, but as a youngster you just want to play as high as possible.”

Then, in 2015, after 20 years away from the country of his birth, Brandao returned to Angola to join Libolo and later Kabuscorp.

The standard of football and the facilities were a world away from what he had known at Carrington, but Brandão admits the financial incentives were too good to turn down at the point he was starting a family.

“It was another big decision I had to make because I became a dad at the same time. It was an offer I couldn’t refuse, as financially it meant I could settle down my life. As a young kid, who was now a dad, I had to think about my family as well.

“At first it was a little bit of a shock because the weather is very warm, you can be playing in 35C or 40C, and the football is not as technical as it is in Europe, it’s more physical. The conditions, some of the stadiums, the pitches were not what I was used to.

“I had to adapt to it, but I think it helped me a lot to open my mind to difficulties and what I had to do to get over it.”

Despite the standard of football being lower, Brandao believes the time in Angola shaped him and helped him grow after some time of stagnation. He picked up an international cap while he was back in his homeland and feels he has become a better player because of his time there.

However, he returned to Portugal again in 2016, joining third-tier side Benfica e Castelo Branco before being picked up by second division side Fafe six months later, scoring 11 times in 36 league appearances, which was enough to earn him a move to Leixoes, a bigger club in the same division.

He made further 61 league appearances there before joining Israeli second-tier outfit Maccabi Petah Tikva FC in 2019.

It’s been quite the journey, but Brandao does not regret any of the decisions he made and would still love to move countries once more – to return to England.

“If I had the chance to go back in time and I was given the same offer, I would do the same thing as the seasons in Angola are what have made me today,” says Brandao, who still speaks with a Manchester accent.

“I can see people telling me that I am more mature inside and outside of football. You can see that from the results in the last two seasons and now I am working to keep that going.

“For now I am just enjoying my football, I feel I am still young and I can do a lot of things. I am focused on the club and getting it to where it deserves, as Leixoes is a club with a lot of history in Portugal and it has to be in the top league.

“But if I had the chance to go back to England, I would love to go back as it is where everything started for me and I feel where my football is more adapted to it. I’ve had a few years trying to go back, but nothing has really come up.”