George Burley: Too many signings after making Europe cost Ipswich 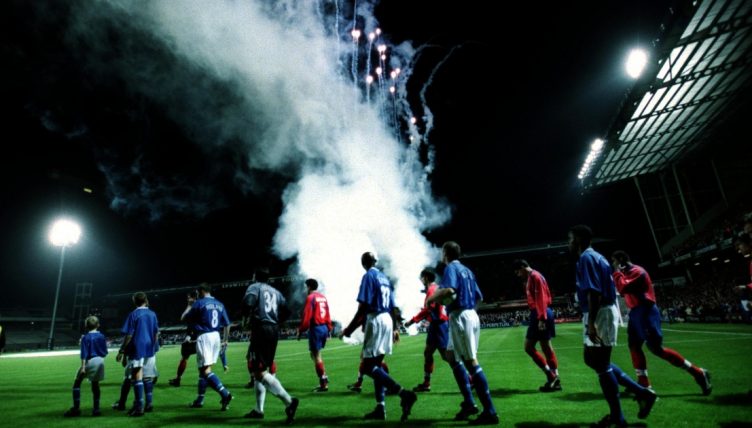 Every so often, a club will find themselves with the right players, the right work ethic, and the right manager to turn themselves from an average second-tier bunch into a top-flight force.

In the 50s and 60s it was Bill Shankly at Liverpool. Brian Clough did it with Derby and Nottingham Forest in the 70s. The 80s had Graham Taylor’s Watford. Leeds United won the final Division One title before the Premier League began under Howard Wilkinson, then Kevin Keegan went so close to doing it with Newcastle.

In the first decade of the new millennium, Sam Allardyce’s Bolton may have enjoyed the greatest long-term success, but in terms of immediate impact, you can’t beat George Burley’s Ipswich Town.

Burley spent 22 years in total at Ipswich, including 14 playing as a right-back in which he helped the Tractor Boys to nine top-six finishes in 10 years plus victory in the FA Cup in 1978 and the UEFA Cup in 1981, though he missed the latter final through injury.

In Bobby Robson he had the finest mentor a young player could possibly hope for, and unsurprisingly a man that influenced Burley once he started his own coaching career.

“I had 14 years playing at Ipswich and they brought me up from a 15-year-old and had a great youth setup with terrific coaches,” Burley says.

“Sir Bobby was a father figure to us all in the manner we played. It was a terrific experience, and a lot of my thoughts and my philosophy as a manager was down to the way I was taught as a player and the way I was brought up under Sir Bobby.” 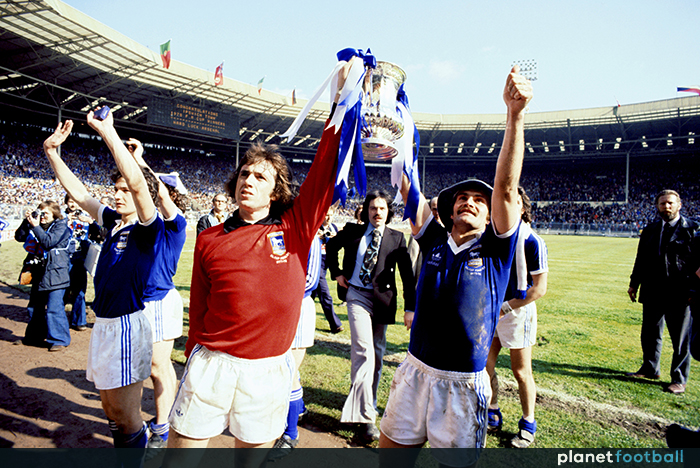 Starting as a manager

Burley acted on his managerial ambitions by completing his coaching badges and taking two player-manager positions, first at Ayr United and then at Colchester before struggling Ipswich came calling in December 1994 hoping Burley could lift them off the foot of the Premier League table.

Unfortunately, results failed to improve and the side suffered what remains the worst defeat in their history – and in Premier League history – by losing 9-0 to Manchester United in March 1995.

The club stood by their manager, though, and after four consecutive years of play-off heartbreak, Burley led them back to the top flight in 2000.

“I took over when the club was having a difficult spell where we got relegated, and then it was a case of building again,” he says.

“We got to a period where we had four play-offs in a row where we got so close and didn’t quite make it, so it was a case of ‘keep building’.

“We didn’t have any benefactor then so every year we had to sell a player to finance the club and balance the books and then start again.

“I’ve always said, though, that one of the biggest parts of my job that I enjoyed was bringing young players through, so that was very much key.

“We brought through numerous youngsters: Richard Wright, Titus Bramble, Kieron Dyer, Darren Bent, Darren Ambrose, James Scowcroft – they were all 17-year-olds and virtually once they got in the team played season after season.

“That was sort of coming from Bobby Robson to myself and it’s something I felt was one of my strengths: bringing young players through and building from there.

“So even though we missed out in the play-offs, we still had a good nucleus and were bringing young players through. You’re always building and building and building, so there was always a belief, even with the fans I think, that we were going to get there because we were getting stronger.

“Four years on the trot we were right there, and thankfully we managed to do it on the fourth occasion.” 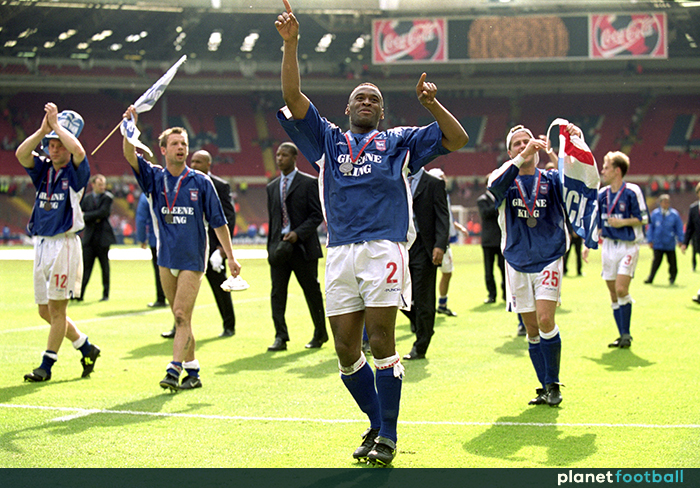 Having spent those four years carefully curating his playing squad, Burley was reluctant to change it too much, and the five players he brought in the summer of 2000 cost just £4.7million, most of which was spent on hard-working Wimbledon full-back Hermann Hreidarsson.

With youth products Richard Wright (22), Titus Bramble (19) and James Scowcroft (24) in the side, Ipswich’s first-choice XI that season had an average age of just 25, with Jim Magilton the only player in his 30s.

Nobody was expecting much of Ipswich that year, and the early results did nothing to change opinion: Burley’s young side picked up just four points from their first five games, albeit one of them in an impressive 1-1 draw with eventual runaway champions Manchester United.

In their sixth game, however, things changed. After falling behind to an early Lee Bowyer strike, goals from Scowcroft and Jermaine Wright earned the Tractor Boys a 2-1 victory over Leeds United, who would reach the Champions League semi-finals later that season.

Having lost three of their first five games, Ipswich would enter the New Year having lost just three more times, picking up away wins over Gerard Houllier’s treble-winning Liverpool in the league and second-placed Arsenal in the League Cup, in which they would enjoy a run to the semi-finals.

That phenomenal run of results saw Ipswich enter 2001 sitting third in the Premier League table, where they would stay for much of the season.

Eventually they were squeezed out by Liverpool and Leeds into fifth, finishing three points off third and a Champions League place, but it still represented the best campaign by a newly-promoted club since Nottingham Forest in 1994-95.

Sixteen years on, it is still yet to be bettered – the closest was Reading in 2006-07 when they finished eighth and 13 points adrift of the Champions League.

Burley, who was awarded the PFA Manager of the Year for his phenomenal efforts, unsurprisingly remembers the season fondly.

“We were third for a long part of that season and then ended up finishing fifth, which was bad and good, but to finish fifth for a small club having only made one or two additions to the squad…it was a season where they kept going and going. 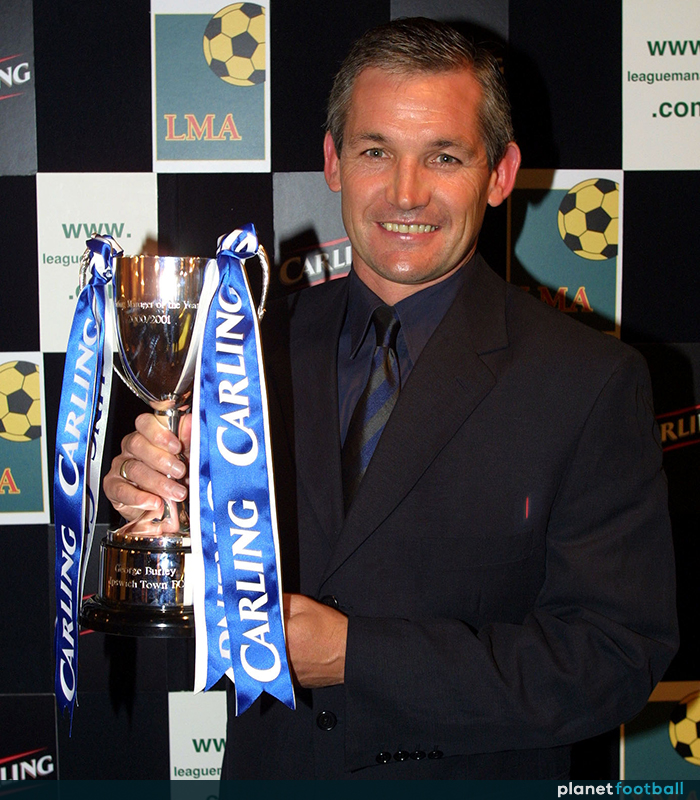 “Marcus Stewart scored 19 league goals that season, which was incredible, and Titus Bramble was absolutely fantastic. We were still doing the same thing, developing the talent and bringing players through.

“Going into the season I’d thought if we’d finish fourth-bottom it would have been a fantastic season, so to finish fifth was unbelievable for the players and myself. It was something you could never have dreamed of.”

Unfortunately, Ipswich couldn’t prolong their form into the 2001-02 season. Scowcroft and Wright left the club for Leicester and Arsenal respectively, and the reinforcements and replacements brought in that summer, including Finidi George, Marcus Bent, and Matteo Sereni, failed to live up to their price tags.

A 1-0 victory over Inter at Portman Road in the third round of the UEFA Cup in November 2001 provided fans with some good memories, but the season ended in relegation from the Premier League.

Burley couldn’t turn things around in the second tier, and that was that for his time in charge at Ipswich.

So what went wrong?

“There’s no doubt that the European games hinder your performance for league games when you’re not a club that’s used to doing it,” Burley says. “And of course we’d probably played to our maximum the year before. 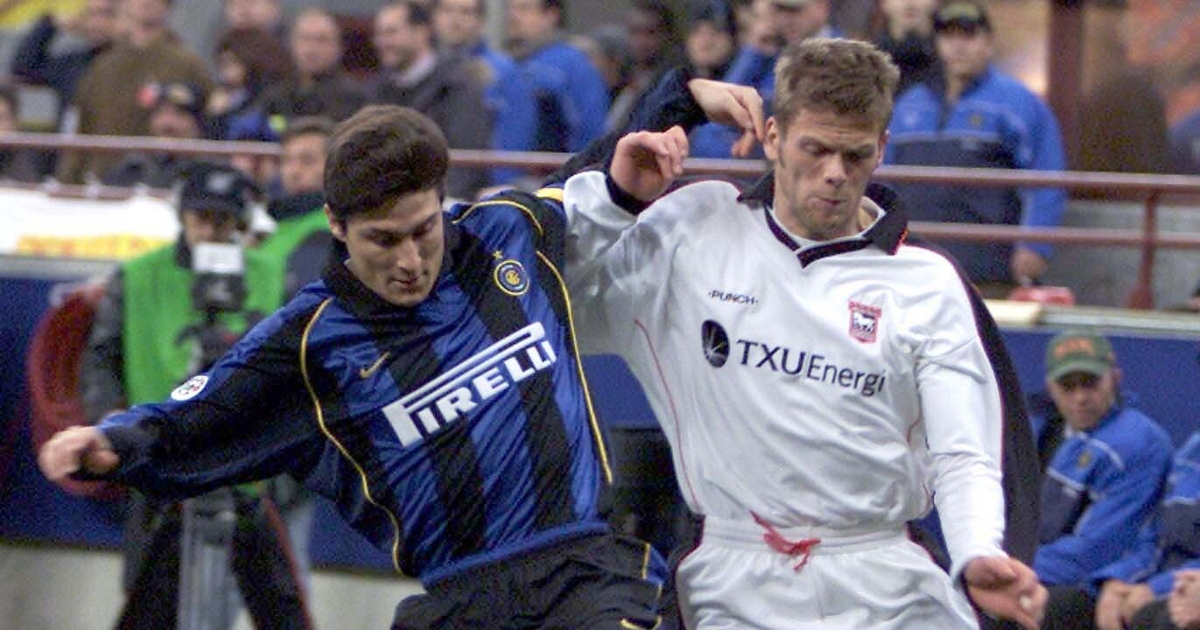 “In the second season we lost to Liverpool in the last game and finished third-bottom, and if we’d done that in the first season people would have said ‘well, you gave it a good go, you haven’t been far away, you haven’t done too badly’.

“But because we’d finished fifth in the first season, everyone was expecting to be up there again next year. You look at it as a manager and you think ‘we’re going to need a lot more heads, we’ll need to bring some players in there’, plus we lost a good goalkeeper, Richard Wright, to Arsenal, who was an England international at that point.

“So you lose players and that building process from the previous five or six years gets a wee bit knocked because you’re bringing a lot of players in to try to improve what you’ve got and give yourself a bigger squad.

“That was probably the mistake I made: building the squad up over the previous five or six years, and then dismantling it a little bit. 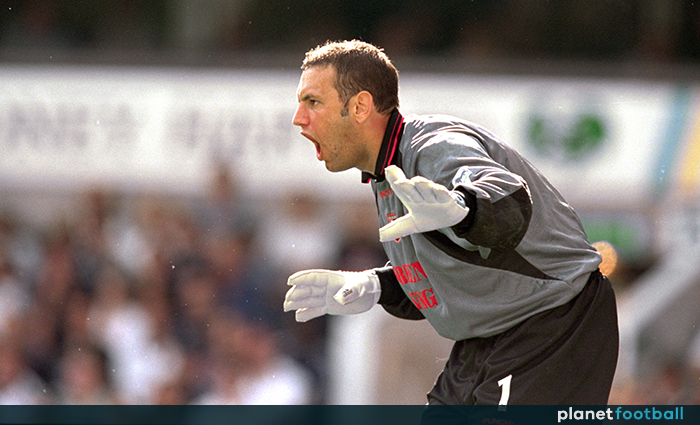 “It wasn’t easy, but the European experience was fantastic and even being in Ipswich now people will come up to me say ‘remember those European games we went to?’ and it’s kind of like it was the good old days.”

Burley hasn’t managed in the Premier League since; he’s always been just on the edge of glory.

After leaving Ipswich he took over at cash-strapped Derby County, who he took to the play-offs in 2004-05 having arrived with the club in 20th position in March 2003.

He had Hearts top of the Scottish Premier League after 10 games of the 2005-06 season, having won a club-record eight games in a row, but controversial owner Vladimir Romanov sacked him anyway.

Another play-off campaign with Southampton – another club on the verge of administration – in 2006-07 ended with a defeat on penalties to former club Derby, before Burley had undistinguished spells as manager of Scotland and debt-ridden Crystal Palace.

A two-game adventure in Cyprus as Apollon Limassol manager as a favour to a friend in 2012 marked the end, for now, of Burley’s managerial career. 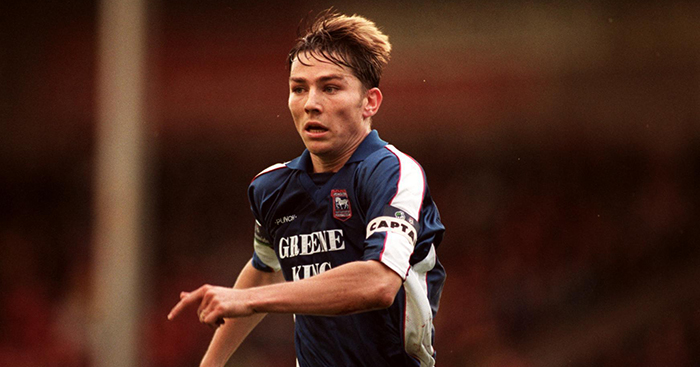 “I live in Ipswich now and I’m enjoying family life really,” he says. “I’ve got family here and we’ve been here 22 years, so I’m enjoying life. I miss the coaching side of it, to be honest, and if something came up then maybe, but I’m happy here and I’ve got my roots all sorted here now.”

I ask him if he regrets not having had the chance to have managed a side with a larger budget, having proved himself more than capable of getting results on a shoestring.

But in keeping with the philosophy handed down to him by Sir Bobby Robson, he answers: “No, no, because that’s what I enjoyed: I’d rather bring a young player through at 17 and play him and work with him and bring him through than pay £10million for him, so I’m happy to do that.

“I get more pleasure from that than from having money to spend and just buying somebody. I’m proud of the players I’ve brought through, and I would put my record against anybody for bringing youngsters through in Britain.”

The facts back that up: bringing through young players is the great legacy of Burley’s managerial career, and the selected highlights are impressive. At Ipswich, he gave senior debuts to Wright, Bramble, Scowcroft, Kieron Dyer, Darren Ambrose, and Darren Bent.

At Derby, he gave 16-year-old Tom Huddlestone his start. Later, during his short spell at debt-ridden Crystal Palace, a 17-year-old Wilfried Zaha made his first appearance for the Eagles.

But it’s three of the youngsters he brought through during his three years at Southampton that really raise eyebrows: Adam Lallana, Theo Walcott and Gareth Bale all got their debuts under Burley. It’s clear how incredibly and rightfully proud Burley is to have played a part in the early development of such a glut of talent.

He adds: “People always ask me who my best signing was, but my best players were always the ones who were brought through the youth policy.

“Gareth of course is the special one. Gareth played for me for two years solid and I can remember the opportunities he had: Sir Alex spoke to me and the chief executive, but we’d only just sold Theo for £12million and I think they were wanting to offer about four or five million. I said ‘no way we’re going to sell Gareth for that!’

“Then of course Tottenham came in. I spoke to his parents and said ‘in two years, maybe another one year, he’d be ready to go to the Premiership’, but he went anyway and it turned out fantastic!”

This interview was originally published in January 2017.