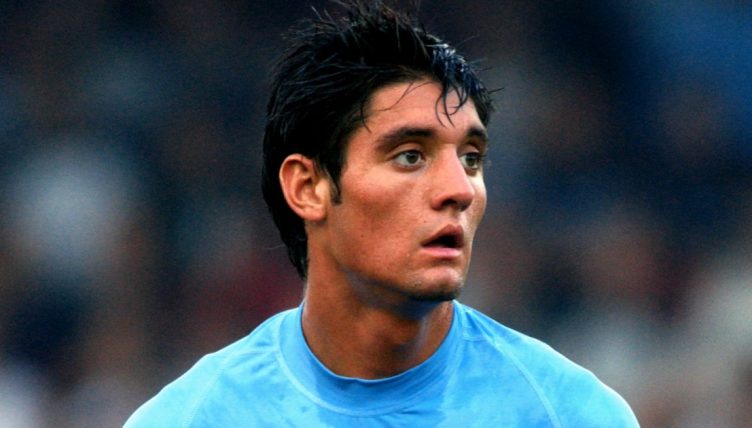 When Jamie Slabber set up a goal on his debut for Tottenham as an 18-year-old, few people could have predicted the fall from grace that would follow.

Spurs were a mid-table Premier League team back in 2003 when Slabber was handed his solitary appearance, but they still had some top-class attacking talent at their disposal, with Teddy Sheringham, Robbie Keane, Les Ferdinand, Sergei Rebrov and Steffen Iversen their frontline forwards.

Despite that, Glenn Hoddle thought Slabber could make the grade in Premier League and promoted the Enfield-born youngster into his first-team squad that season. His career only seemed to be heading in one direction.

“It was a dream come true,” Slabber says. “Sheringham helped me loads and we had the same agent so off the pitch we met up a bit, too.

“I tried to play like him as I didn’t have any pace either, I’m more of a thinker than someone who runs around.

“We had Jamie Redknapp, Tim Sherwood, Ledley King, Gus Poyet, Pedro Mendes, Neil Sullivan in goal; we had a good squad under Hoddle, but he took a shine to me and helped me along a bit.

“I was scoring at whatever age group I played at and got into the reserves at a young age. He took a bit of notice and obviously I was getting good feedback from the coaches and some of the players.

“I think he liked that I could use both feet and maybe he saw a bit of Sheringham in me – he gave me a lot of help and I need to say a big thank you to him.”

With Hoddle a fan, Slabber got his chance in the Premier League in the absence of several senior strikers when Liverpool visited White Hart Lane in March 2003.

“I never thought I was close to getting a chance because we had Rebrov, Iversen, Les Ferdinand, Robbie Keane and Sheringham,” Slabber says.

“I thought I was close but didn’t think I’d get the nod. But a few were injured and others suspended and luckily Hoddle threw me in for the last 10 minutes. It was decent, a boy’s dream.

“I wasn’t nervous on the team coach, but I started to get nervous when I was warming up, as you could hear the crowd and people wishing me good luck.

“But when I did get on I couldn’t hear the crowd as I was so concentrated on the game, I was in my own little bubble. We lost the game 3-2 – all the lads said I did alright but that it was time to kick on.

“The manager gave me a special mention, but I had mixed feelings as we’d lost but I’d had my debut for Spurs so I was buzzing.”

The assist and performance was enough to ensure Slabber remained with the first-team squad for the next couple of games, but his first-team career at Spurs was over without him knowing it as injury and managerial changes put paid to his hopes.

“I was on the bench for the next game against Bolton, then I was in the squad at Birmingham but didn’t get off the bench, then I was back in the reserves,” he says.

“I rolled my ankle and did my ligaments which meant I was out for six to eight weeks. It was towards the end of the season and the manager came up to me to say not to worry and I’d be back in the first-team mix the next season.

“But then Hoddle got the sack and it went downhill from there with other managers. I was always around the first team but never as close as when Hoddle was there.

“I made my debut one season and then the next I was back down with the Under-19s. I’d made massive progression and then got sent back down, which was a kick in the goolies.

“Every manager is different, they all want different things. I was shipped out on loan a couple of times, but that was it. Martin Jol eventually told me they wouldn’t renew my contract and that was that.”

After Slabber departed White Hart Lane, no one in the Football League was willing to take a chance on him. He ended up out of the professional game at Aldershot and would never make it back into the top four tiers of English football.

“It was strange because when I knew I was leaving, I went out on loan to Copenhagen then Swindon to get games. Then through the summer I could not get a club. It was crazy, no one would touch me.

“I went on trial at Bristol Rovers for a couple of weeks and then the manager was sacked, so I left and ended up at Aldershot.”

Slabber has played for a number of clubs in the south-east and rejoined Gray’s Athletic for the third and final time for the 2017-18 season, but he knew he had to give up on his dream of being a professional and now owns a painting and decorating company.

“You get to an age where you need to give up on the dream and come back to reality; you’re never going to get where you were and you need to do something to get by. I had a mortgage and a young family.

“I went to college to do a painting and decorating course, I did an electrician’s course as well.

“Now I’ve got my own business and I’ve got people working for me, so I’ve not done too bad.”

This interview was originally published in June 2017.