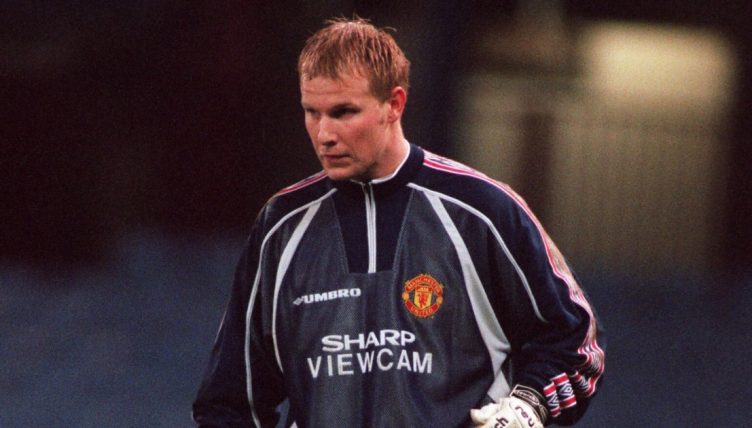 “It’s unbelievable what has come of just that one kick.”

Nick Culkin had a short career, spanning just six years from his first to his last professional appearance, but he is one of only a handful of people with a Premier League record to his name – and one that is unlikely to ever be challenged.

When Raimond van der Gouw was kicked in the face by Martin Keown in the final moments of a fierce Manchester United clash at Arsenal back in 1999, Sir Alex Ferguson turned to his inexperienced substitute goalkeeper, Nick Culkin, who had signed for the club four years previously from York City but was yet to be handed a debut.

“I remember it clear as day,” Culkin told us. “It was an unbelievable game, it was 2-1 and Roy Keane scored two.

“It was a proper game, not like they are now, and a proper rivalry, hostile, high stakes and a brilliant game to be involved in.

“It happened all of a sudden. Martin Keown kneed Raimond in the face and his eye came up straight away and he couldn’t see out of it.

“The physio immediately said ‘sub’ and the manager turned around to me and just said ‘Nick, get yourself ready, mate, you’re going on.’ 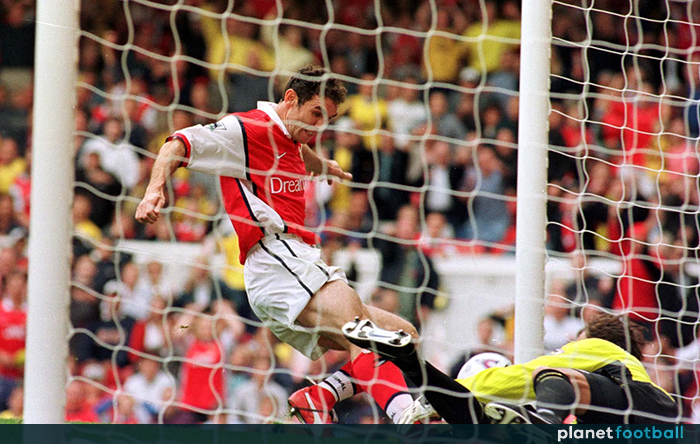 “I hadn’t warmed up, run up and down the line or anything. I thought ‘this is my chance’. I thought there were probably about four minutes to go and I knew they were going to start pumping balls into the box, but I was ready for it and was going to give it my all.

“I wasn’t going to stay on my line, I was going to come out and take the pressure off our team to get us to the three points.”

Culkin’s first responsibility after making it onto the pitch was to take a free-kick, which he cleared down the pitch, but the moment it left his boot Graham Poll blew the full-time whistle. His first kick was also his last.

“I felt I was ready and that was my chance to grab,” Culkin says, “but then I went on to take the free-kick and the whistle blew. That was my Man United career done and dusted.”

Prior to his career-defining moment, Culkin had been a witness to history, sitting on the bench for big games for a huge club.

He had spent the previous seasons learning from the experienced Peter Schmeichel and Van der Gouw as he tried to turn himself into a potential first choice at United.

“As a club, it was just a great place to be,” Culkin says. “The mentality was a winning one, the club was winning at all levels.

“Up to ’99 and the treble-winning season, it was a great experience that you can’t take away from me.

“I was involved in the build-up to big games, the team talks, the tactics. It was just a fantastic place to be at that time.

“Training was such a great experience, especially with Raimond, who was just a workaholic.

“He was so fit for his age, one of the hardest trainers I’ve ever worked with at United. He would always do a bit extra with the young goalkeepers in the afternoon.

“Watching Pete in training – doing a shooting session or something – I’ve never seen anything like it. I used to stand there behind the goal, just watching in awe, because he just made it look so easy and it was just great to watch.

“It’s something that I’ve always looked back at and thought it was a great experience to watch him train and play. Trying to imitate his technique was something I did try to do, but it wasn’t very successful for me.”

Culkin was the third-choice goalkeeper for the treble season in 1998-99, giving him a unique position as he witnessed history without playing a minute that season. 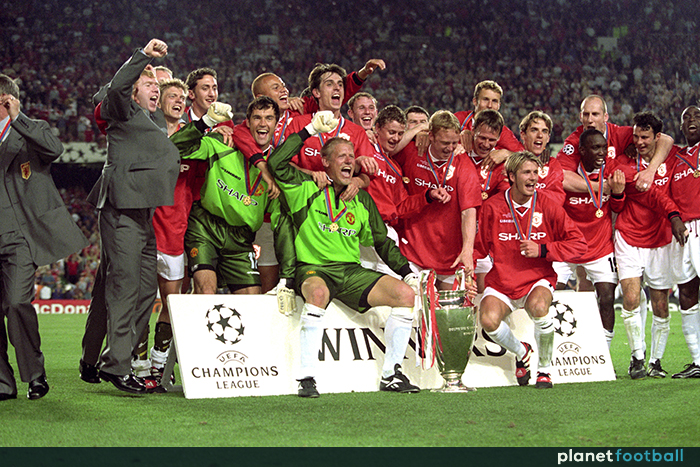 “I had a couple of seasons travelling around Europe with the team as third-choice keeper, just in case someone got injured in training the night before the game.

“I knew I was never going to replace Peter Schmeichel, so I just took it as a young lad going around Europe and having a great time.

“It was great getting on the planes, going to hotels and being part of the biggest club in the world. It was just a great experience and I thought I could take it into a game if I got a chance.”

After the Champions League victory, Schmeichel left the club to join Sporting Lisbon. Mark Bosnich arrived for an underwhelming spell at Old Trafford and was deemed unfit to play at the start of the campaign, leaving Culkin as second choice behind Van der Gouw.

But eventually Massimo Taibi also joined for his laughable time at Old Trafford, pushing Culkin further down the pecking order. The young goalkeeper thought he deserved more of a chance than his 30 seconds of fame at Highbury.

“That was a time when Pete had gone, Mark had come in and he wasn’t in great shape, I think he’ll be the first to admit that,” Culkin says. 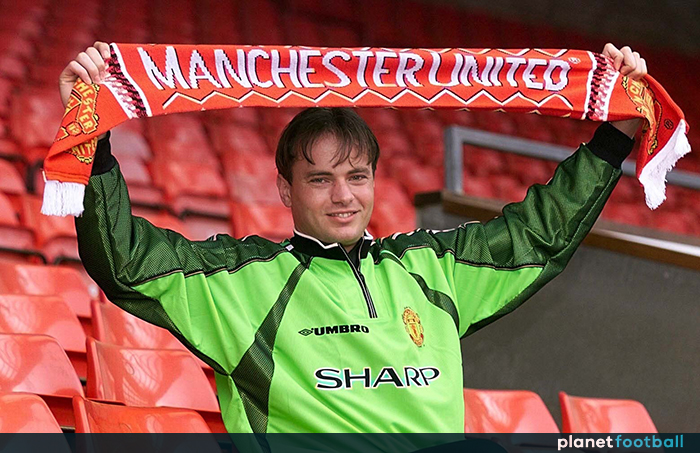 “I was there, chomping at the bit, very fit and raring to go for the new season. I had no playing experience at the time, but I did think, at the back of my mind, I might get a chance if someone gets injured.

“But then they brought Taibi in and I realised I didn’t have a chance of playing. I thought it might be a good time to throw me in, to be honest, in a sink or swim scenario to see how I got on.

“But I was proud of every minute and I was there for seven years in the end.”

Culkin left for QPR, going on to play more than 100 games as a professional before a knee injury ended his career at 26. He now works as a gardener in the Greater Manchester area having picked himself up from the disappointment of being forced to quit the game before his prime.

“I missed the boat financially by miles and I was nowhere near financially secure and I retired aged 25 or 26 with nothing,” he says. 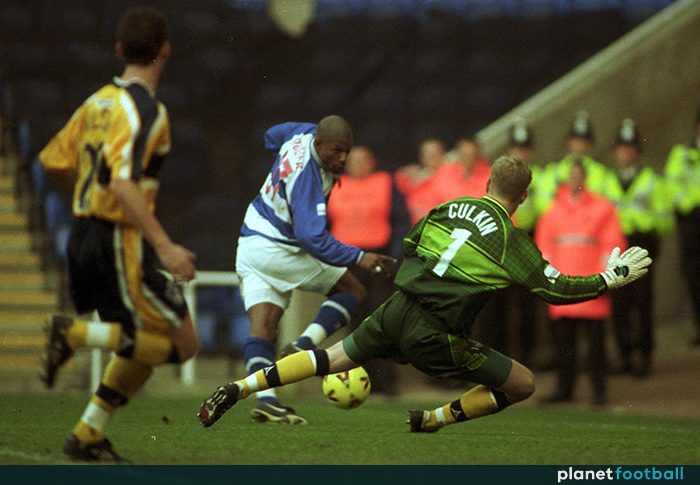 “I’d a young family, we had nothing to live on, I had enough money for about six months and then I had to go out into the big world and the football bubble had burst, so I had to go find a real job, unfortunately.

“When I look back it’s sad, to be fair, as I do feel that I still had a lot to give the game. I feel I could have floated around the Championship, League One, League Two if I’d stayed injury-free and made a nice little career out of it.

“There are no regrets, I don’t hold any grudges and I’m proud of everything I did in my career.”

Culkin lived the dream, even if it was cut short, but he’s rightly proud of everything he’s done and can now laugh that he has the shortest Premier League career history in full knowledge he’s achieved something that the majority of us won’t come close to.