‘A hiding to nothing’: Rhys Weston’s one PL game for Arsenal 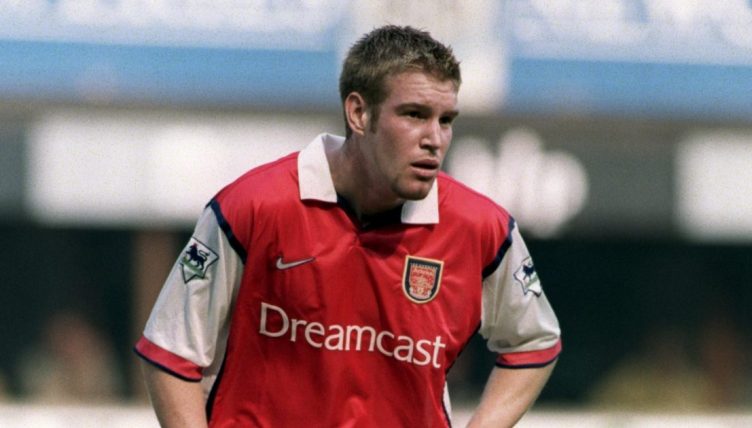 As if making your one and only Premier League appearance for Arsenal isn’t daunting enough, Rhys Weston spent it marking Newcastle United icon Alan Shearer.

London-born Weston came up through the ranks at Highbury, having joined the club aged just 11, working his way up to play on three occasions for the first team under Arsene Wenger.

But he is one of a select band of players with only one Premier League appearance to his name.

Having already made his debut in a League Cup clash earlier in the season, Weston was called upon to start the 1999-2000 campaign finale at St James’ Park, with second place already confirmed.

“I knew the reason I was playing was because they’d already secured Champions League football, and it was a bit of a hiding to nothing,” Weston says.

“But Arsene Wenger had nothing to lose as if he unearthed a couple of youngsters who showed enough potential it would be worthwhile.

“From a personal experience, I was absolutely buzzing that I would be starting a game against Kieron Dyer and Alan Shearer, who were the strike pairing at the time, and a very strong Newcastle side.

“The opportunity to start against Newcastle was nothing short of amazing and personally I felt that I gave a good account of myself.” 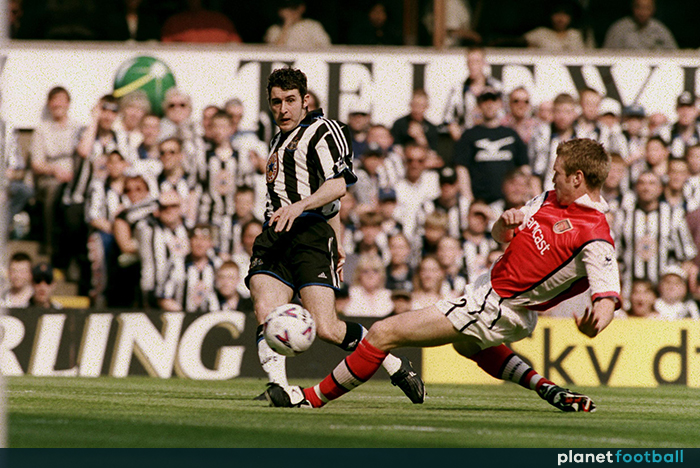 Wenger withdrew Weston after 67 minutes of a 4-2 defeat, but the former Wales international still cherishes the fact he got to play against one of the greats of English football.

“It’s surreal thinking about it now,” he says.

“There was a great photo that popped on social media of me challenging Alan Shearer for a header. Well, it’s more a case of him challenging me as I’m about six inches below him and he’s over the top of me winning the ball and that’s pretty much how the day went aerially.

“It’s fantastic to say you graced the pitch with Alan Shearer and that’s a story I can bore my daughter with for many years to come.

“No one can ever take that away from me. It was a flash in the pan, but being able to say I played in the Premier League is something that will stay with me forever.

“It’s not something I can gain much leverage from anymore, as it was a long time ago, but I’ll always have that.

“As an aspiring young player, you want to play at the highest level you possibly can. The Premier League was the holy grail so to say I played in it, albeit on one occasion, it’s a pretty special memory to carry with me.”

Weston would leave the club later that year, departing with regrets – but now he can look back and appreciate that he lived his dream.

Cardiff were the first team to show an interest in the young defender, and Arsenal didn’t do much to resist any offer, a sign for Weston that his days in north London were coming to an end.

“I played one game the following the season against Ipswich in the Worthington Cup, I did pre-season with the first team but didn’t travel away with them,” he says.

“It was a bit naive, I guess, as once I became aware Cardiff had made a bid for me, that was a sign to me that Arsenal weren’t that bothered if I left. 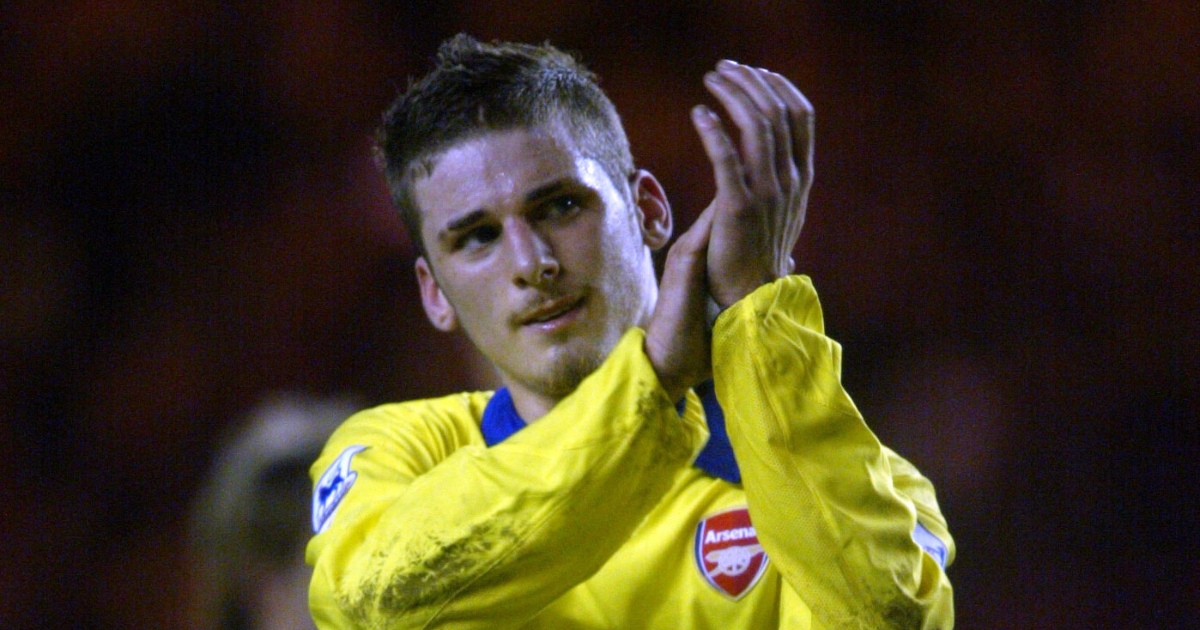 READ: The 20 players who played just one Premier League game for Arsenal

“I could have stayed and got a few more games in the cups potentially or maybe could have manufactured a more lucrative move to the Championship, but I think youthful exuberance took over and I thought I would head to Cardiff.

“I wouldn’t say I regret it, as my career went a certain way and I was solely responsible for that. There’s no point bemoaning your luck when you make your own choices.

“I would have liked to have played more, of course, but the reality was I was never going to play at the highest level for any sustained period of time just because of my character.”

Weston would, however, spend six years at Cardiff, becoming a full Wales international during his time at the club. He was also part of the successful Second Division promotion campaign in the 2002-03 season when they defeated QPR in the play-off final at the Millennium Stadium. 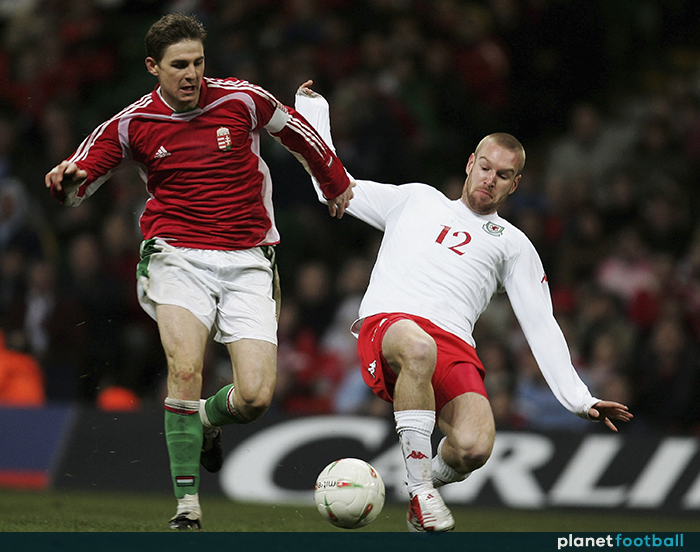 Though his day in the sun at St James’ Park proved to be a one-off, Weston knows he has succeeded where many failed by playing at the highest level and making a living out of football in the long term.

Asked what makes him proudest, Weston says: “It’s all part of the puzzle as longevity in football is becoming a rarity.

“People like Ryan Giggs, who played at the highest level for years, are breaking the mould. I think the average length of a football career is seven years at the moment – I played for 16, so I’m proud of that.

The 67 minutes at Newcastle makes up a tiny part of Weston’s long career, but the realisation that he wasn’t capable of being a Premier League footballer doesn’t rankle with him and he knows he wouldn’t be the same person he is without the highs and the lows he experienced.

“I’m quite objective in my evaluation of my career and I look at it and I think, hand on heart, I was talented but not ever good enough to play at that level, really.

“I think I had a reasonably good career. I would have liked to have earned more money, I think most people would say the same whatever career they’re in, but I don’t regret it, I don’t hold any resentment.

“I’m grateful for my time at Arsenal working under great coaches like Don Howe, Pat Rice, George Armstrong and Arsene Wenger. It’s all part of who I am and I’m a more rounded individual due to all these experiences.

“Had I not had them I think would have been a lesser person for it.”