Steven Watt only ever played twice for the Chelsea first team, but that’s certainly not something he feels regretful about.

Only one of these appearances came in the Premier League – on the final day of the season as an injury-time substitute – but Watt still experienced a moment every football fan has dreamed of. It’s something to celebrate, not rue.

With the title already sewn up, Watt was given his moment of glory by Jose Mourinho in the 90th minute of the 2004-05 curtain closer at Newcastle United in his final act of his first season as Chelsea manager.

That first Premier League triumph will go down as one of the Blues’ greatest achievements – and the few minutes Watt had on the pitch at St James’ Park will always be one of his.

And although it was his first taste of league action, it marked the culmination of a memorable season for Watt.

“He wanted to see the club as a whole and individuals, so we got to work with him first-hand from day one. As the season progressed, we split off into our respective groups – reserves and youth team.” 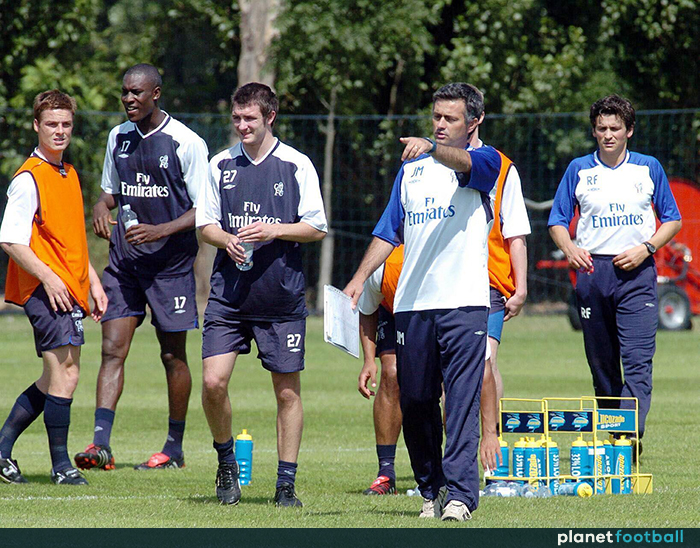 Mourinho had an instant impact on a squad looking to win Chelsea the title for the first time since 1955. Watt, like everyone else, was bowled over.

“He didn’t want you as a centre-half to do things in training that you wouldn’t do in games, and that’s what I what I first took on board.

“The amount of detail he was putting into every training session, every second and minute was accountable for, which was brilliant. Training was really good.

“For pre-season players were coming back from the Euros early as they were hearing how good training was. It was great to experience working with a manager who was one of the best there ever has been.”

Before getting the chance to feature in the Premier League, Watt was afforded the chance to start in an FA Cup clash with Scunthorpe, playing all 90 minutes in a 3-1 win.

A lack of confidence may have affected Watt during the early stages of his career, but Mourinho thought he merited the opportunity to show what he could do.

“I wasn’t too hopeful about my career, but I think I developed at the right time.

“You always hope you’ll get a chance in an FA Cup game. I remember Mourinho coming up to me and asking if I wanted to play for him at the weekend.

“I assumed I was just going to be involved, I didn’t think I was going to start, but then John Terry found out for me that I was actually starting.

“It was great to know I was going to get a full game, not just a minute here or there, to show what you could do, not just to the manager, but to others outside the club, as it could open up a lot of other doors.

“I thought I did well in the game, I thought I impressed, I coped well and didn’t look out of place.

“It ended up with me being involved in a lot more squads. Even though it didn’t get me a lot more game time, I was travelling for Champions League games, which was a great experience for me.”

Mourinho promised Watt more time on the pitch before the end of the title-winning season, which came as he replaced Jiri Jarosik in the 90th minute at Newcastle.

Having grown up as a Newcastle fan, it was fitting that he spent his entire Premier League career on the pitch under the gaze of the Gallowgate End.

“It was great as I was a Newcastle fan, and it allowed my family to come down from Scotland, so they could see me make my appearance.”

There were no more games for Watt at Chelsea, however, as he went on to play for Swansea City, Ross County and Grimsby Town before moving into non-league.

Watt’s Football League career would be over at the age of 26, making him cherish those minutes he worked so hard to get a great deal.

“You always want longer than what you got, but I always joke to people that it’s a minute or two longer than a lot of people get at that level,” he says.

“I am just pleased I played that little part in the Premier League and it’s something that can never be taken away from me. 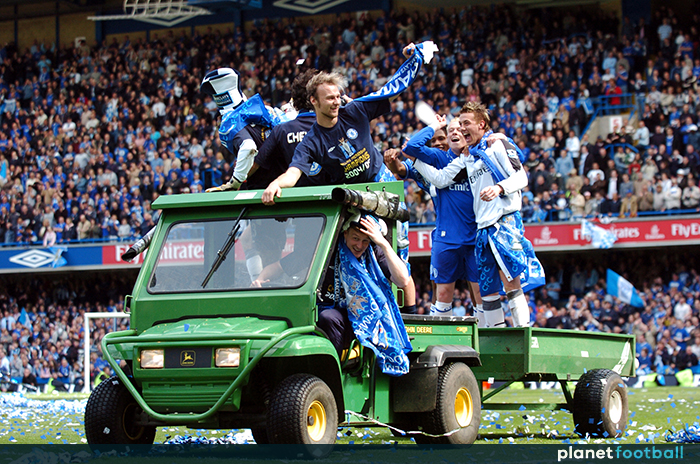 “It was great that my family could experience with me what we all worked so hard to do – to play in the Premier League. It worked out to be a perfect ending to the season and a perfect way for me to make my debut at that level.

“I look back on some great moments: I’ve won leagues, I’ve had promotions. I’ve got some great memories from my career, but you can’t look beyond making two appearances for Chelsea at that time, with that squad, with the players that were there.

“To play 90 minutes for that team and to make a Premier League appearance, I would have to put that at the top of my achievements.”

Watt, 31, is currently the Margate manager in National League South, a position he has worked hard to get at a young age, but he has gone through more than most in the game, which has allowed him to possess a wider outlook on the sport.

“I had a few things happen throughout my career, which I felt were unfair and unjust, and it made me fall out of love with the game a little.

“There were a couple of deals at good clubs which were done and then taken away at the last minute, and things like that happened regularly to me throughout my career, which makes you think ‘is this all worth it?’.

“It’s a game that I love and it came a bit like too political and things weren’t done for the right reasons.

“Midway through my career I felt that. I went up to Ross County and had a good spell there, but then towards the end of that it turned a bit sour.

“Then I went down to Grimsby and it turned sour again there where I need to make one more appearance for my second year to kick in and they didn’t play me again for the rest of the season.

“But I had a very good time at Maidstone where we had three promotions in four years, won leagues, and I got the old feeling back about the game. Going there re-triggered my love for football.”

Watt knows things could have gone better, but he will forever have the highs and he will never forget the lows.

“I look back at my career and think I underachieved – I don’t think I met the heights I should have done.

“That’s not anyone’s fault, I just think that’s what happened to me in terms of injuries and falling out of love with the game a little bit.

“I look back at my career and believe I underachieved overall, but there were great moments.

“I was over in Barcelona for a Champions League night, which was a great memory, there were the two games I played for Chelsea, and just being in and around the first team was a great achievement.”