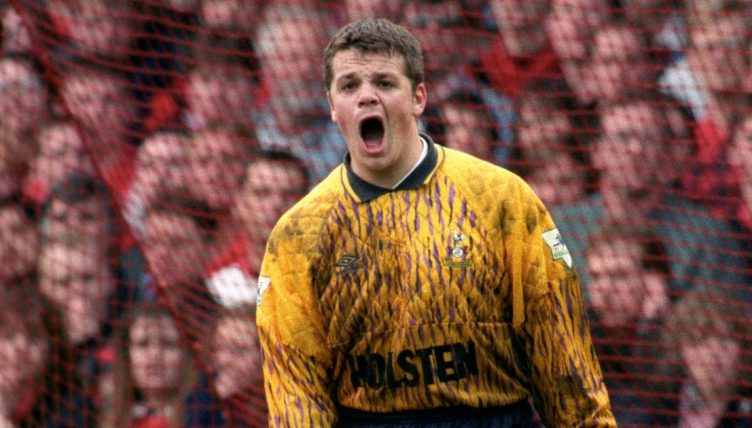 Kevin Dearden played just one half of Premier League football for Tottenham, and while that’s still an achievement many would dream of, it’s one the man himself sees as a footnote from three decades in the sport.

The idea of this One-Game Wonders series has been to remind people that while those players with only one Premier League appearance to their name did not achieve everything they might have hoped for, they still managed something incredible.

After all, most of us would give our right arm to play even a minute for our football club.

Generally, the players we have spoken to have felt the same way. Of course they would have preferred to add to their maiden appearance with more, but looking back they are able to recognise what an achievement it was to turn out even just once at the very highest level.

Dearden speaks about his one Premier League game for Spurs rather less affectionately, but that’s not to say he does not have any positive memories from his time at White Hart Lane.

“It’s a fantastic football club, it was one of the top clubs then and still is now,” he says. “To be there for seven years was a great experience.

“Coming through at a club that size is tough, but I really enjoyed it and I was around some fantastic players. 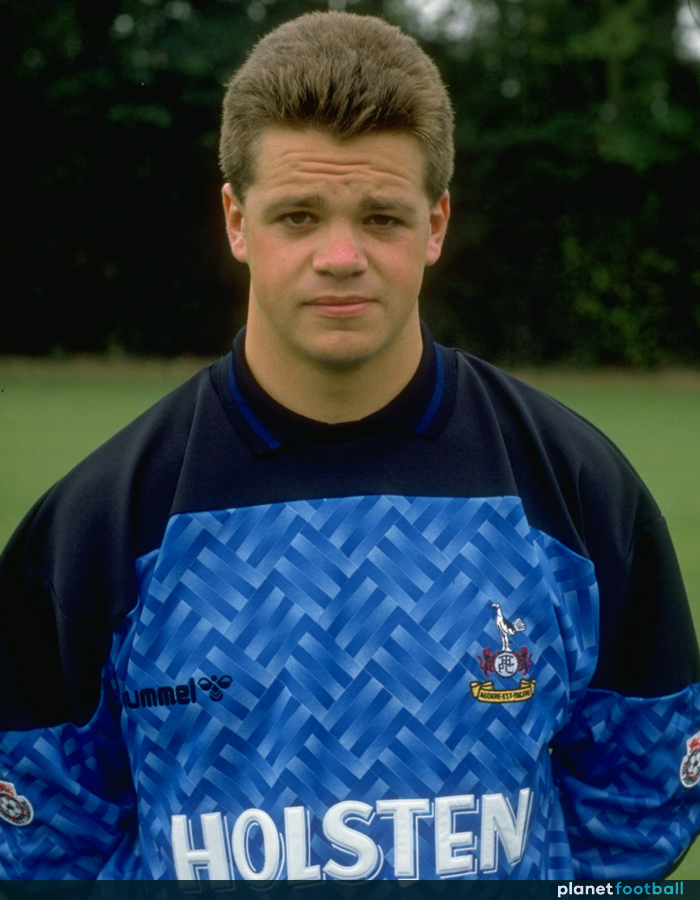 “One of the original reasons I went there was because Ray Clemence was my hero as a child. He was playing for Spurs at the time, so to play where my hero did was a dream come true.

“I was there for a year or two with him, then he retired and Bobby Mimms came, followed by Erik Thorsvedt after that to provide competition for him.

“They had two different contrasting styles, one a Scandinavian and a typical English goalkeeper. It was interesting watching at the time.”

Life out on loan

Down the pecking order, Dearden jumped at the chance to go on nine separate loan spells in three years – though it would only earn him 50 league appearances.

“It was fantastic as you were third, fourth or fifth choice, depending on which goalkeepers were around,” he says.

“You trained all week, there were no goalkeepers on the bench, there was a reserve team, but if you didn’t play in the first team or reserves there was no football for you.”

Unfortunately for the Luton-born stopper, despite his efforts out on loan, becoming the No.1 at White Hart Lane was almost impossible. There was plenty of time sat on the bench, but getting onto the pitch rarely felt likely, even though Dearden himself was confident he was up for the job.

“I’d had quite a spell with the first team as they’d won the FA Cup in 1991, so the year after they were in Europe. It was when they had the three foreigners rule, so they played Ian Walker rather than Erik Thorstvedt, so I was involved in the European games.”

When his moment in the spotlight finally came in the 1992-93 season, Dearden didn’t let anyone down in a 2-1 defeat to Nottingham Forest, allowing him a wry smile at the thought of his 45 minutes of Premier League football.

“I’d been there a long time, I was 22, I felt that I was ready – I’d been on loan, I’d played in League One, League Two and the Championship with Hull. I was on the bench, I obviously I didn’t wish anyone any injury, but I felt I was ready if called upon.

“Erik dived at the base of the post, he fractured his finger or his thumb, and at half-time I was told I was on. I didn’t have much time to think about it, I just went out and it means I didn’t take in the enormity of it.

“We were losing 2-1 at half-time and that was the result in the end, so I always tell everyone that I never let a goal in in the Premier League!”

Despite his promising debut, Dearden knew it was the end for him at White Hart Lane soon after, eventually having it confirmed by a change of manager.

“The next game I was on the bench against Oldham at home, and they were a bottom four or five team, and I thought if I was to ever start a game for Spurs this was it.

“But they brought Ian Walker back in and that told me the writing was on the wall. I knew then my time was up and it was just a case then of where to, really.”

Moving on from Spurs

It turned out to be Brentford, where in vast contrast to his time at Spurs, Dearden would play well over 200 games in a six-year spell at Griffin Park.

“Ossie Ardiles came in and said I wouldn’t be moving forward at Spurs, so I spoke to David Webb at Brentford, went over there and signed for them,” he says.

“I had five great years there, but the last one wasn’t so good. We were very unfortunate as they were rejigging the leagues so the top one went up from League One and we came second to Birmingham and lost to Huddersfield on penalties in the play-offs.”

When his time in west London came to an end, Dearden went on to enjoy further successful spells at Wrexham and Torquay, starting his coaching career with the latter.

“I was interested in coaching from early on, I got my UEFA B badge in 1998,” he says. “I went to Wrexham for two years and then Torquay under Ray McFarland and Leroy Rosenior.

“I started getting involved in the coaching a bit more due to the lack of staff. At Torquay It was something I always was interested in. 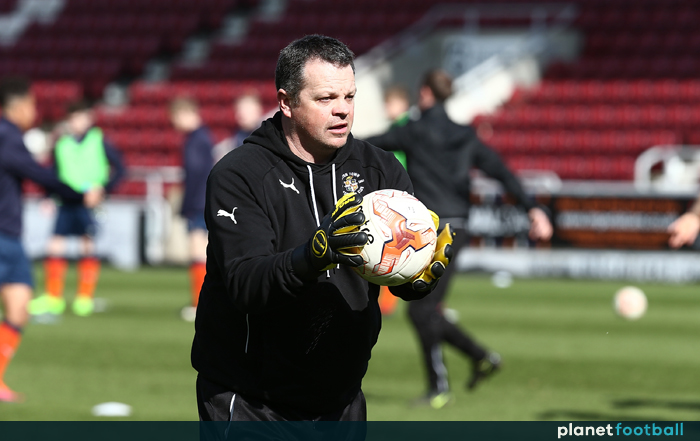 “In fact, at the time I wanted to be a manager, but having seen what goes on with managers at close hand, I decided it wasn’t for me.”

It was, however, the start of a lengthy coaching career, which has seen Dearden work with the goalkeepers at Brentford, Millwall, Leyton Orient and now hometown club Luton, where he’s been for three years.

“I was a Luton as a kid from nine to 13 before I went to Spurs, and I’ve come full circle 30 years later. I still live in Luton and when the opportunity came through John Still, it was a no-brainer for me.

“I could see the way things would turn out for Leyton Orient, so I got out of there sharpish and came to Luton. The offer came at a perfect time.” 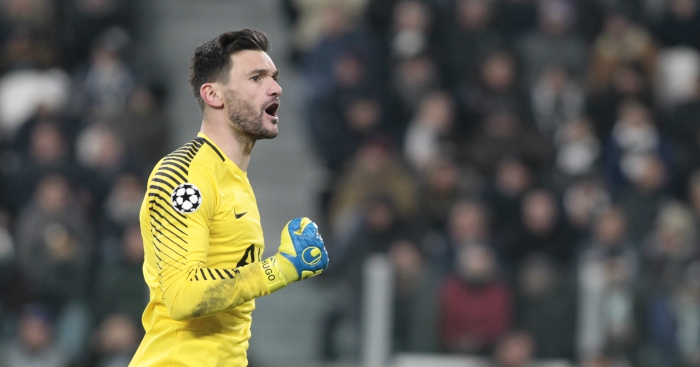 QUIZ: Can you name every goalkeeper to make a PL appearance for Spurs?

So now, able to look back at his entire career, where does Dearden rank that one Premier League appearance and one clean sheet for Spurs among his best achievements?

“The year we got promoted with Torquay from League Two to League One I look back on more fondly,” he says. “I felt I achieved something with a group of players.

“The budget was minuscule, we had a skeleton squad, but we had a togetherness and a team ethic which was second-to-none.

“For Torquay to get promoted that season was unbelievable and we almost stayed up the following year. I look on that more fondly than the Spurs game, as it seems a very, very long time ago now.”