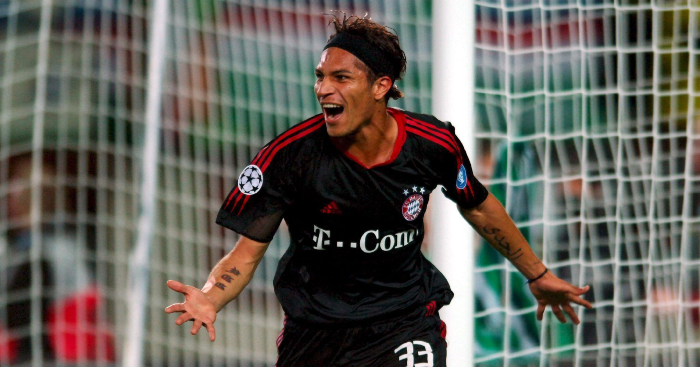 The claim that an ageing footballer is in the ‘twilight of their career’ is one of the sport’s most cherished – and tired – cliches. Still going at 36-years-old, with 20 goals in 41 appearances for Internacional last season, Paolo Guerrero is so far into the twilight of his career that he’ll probably still be banging goals in at 4am.

Guerrero’s club career has been far from conventional; there’s plenty he hasn’t achieved or even come close to achieving. But take a look at his tenure at the vanguard of Peru’s international set-up and you’ll understand why the striker has won the hearts and minds of all Peruvians, and why he’ll go down as a La Blanquirroja legend.

The man known as El Depredador – The Predator – has gone from strength to strength during his 15 years at the helm of the Peruvian national team. Not only has his 38 goals in 102 international appearances made him Peru’s all-time leading goalscorer, but Guerrero also won the Copa America top scorer award on three separate occasions – 2011, 2015 and 2019.

In fact, his total of 14 goals in the tournament is only bettered by four men – Norberto Mendez, Zizinho, Lolo Fernandez, and Severino Varela – all of whom plied their trade long before anyone was chanting Guerrero’s name. In a continent home to some of the best footballing nations on earth, the striker’s jaw-dropping performances in the Copa America continue to impress to this day.

Without a doubt, Guerrero’s inability to translate his international pedigree into silverware is something that will keep the striker up at night. The closest Guerrero came to actually winning the Copa America was in 2019, when his side were beaten 3-1 by Brazil in the final.

Although frustrating, Peru’s silverware drought is not something that can blemish Guerrero’s international heroics. If not for his flair, leadership, and natural goalscoring ability, Peru might not have been contenders at all.

Paolo Guerrero is not world-class. His nonchalance and general indifference suggest that he doesn’t really care either. He’s a classic number nine, a maverick, and a national icon. His skills place him into a league of Latin American poachers who actually see playing international football as a joy instead of a chore. Cough, Lionel Messi, cough.

The charm and fame of Paolo Guerrero can easily be likened to that of Javier Hernandez in Mexico, Solomon Rondon in Venezuela, Radamel Falcao in Colombia and Alexis Sanchez in Chile. As brilliant as all of these players have been for their respective nations, their club careers have all been unorthodox, questionable, and awkward, with Manchester United resembling a death sentence for many of them. But, the story of how Paolo Guerrero became El Depredador is peculiarly untraditional.

At the age of eight, a young Lima-born Guerrero made his first footballing footprints at the club Allianza de Lima in the nation’s capital. Ten years later, it was already apparent that the young striker’s form would seal him a move to the big time, and at age 18, Bayern Munich came knocking. 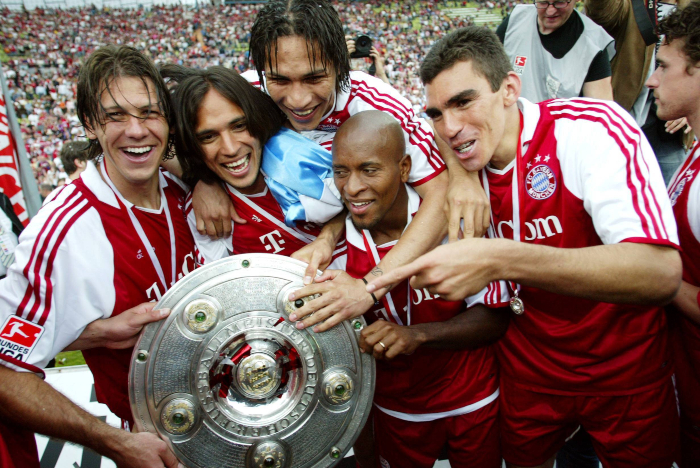 Key to the move to Germany was the significance of countryman and Peru legend Claudio Pizarro, who was already a key component of Bayern’s lethal attack. Pizarro had also spent his formative years at Allianza de Lima, and it’s said that Guerrero had come to admire the older striker.

Before joining his countryman up front in Bayern’s first team, the club decided to blood Guerrero in Regionalliga Sud, playing for their reserve outfit. Needless to say, while playing in the lower tiers of German football, El Depradador rose to the occasion and scored 21 goals for the club, winning the top scorer award in 2003-04.

During his time playing for Bayern Munich’s first XI, Guerrero’s exploits were awarded with back-to-back Bundesliga and DFB Cup titles. But Guerrero’s time in Bavaria was not to last forever, and with first-team appearances limited, the striker opted for a move to Hamburg.

It was in Hamburg that Guerrero really began to understand his purpose in the game and hone the talents that would eventually be required to propel Peru to the highest levels of South American football. Guerrero is the type of player that prefers big fish status, and Hamburg was the small pond he needed to really test himself and thrive in his role.

During his time in northern Germany, Guerrero’s 47 Bundesliga goals contributed to one of the club’s most successful periods in modern history. Although, few at the time would suspect that Hamburg would be Guerrero’s final foray into European football.

In almost a decade of plying his trade in Brazil, Guerrero has scored well over 100 goals and achieved some extraordinary things. His famous, winning goal in the 2012 FIFA Club World Cup final against Chelsea propelled Corinthians to new heights and pissed off Chelsea fans all over the world. Great stuff.

When El Depradador finally decides to hang up his boots, Paolo Guerrero’s career will be defined by a series of hazy contrasts. Both prosaic and iconic, unexceptional and utterly lethal, and underachieving and profoundly prolific, Guerrero’s remarkable talents and heroic feats will not be forgotten by the Peruvian faithful or the wider footballing community.

If El Depradador featured in a Royal Navy ad, it’d probably go something like this: I was born in Lima, but I was made in the Bundesliga…