The German analytics company who could revolutionise stats in England 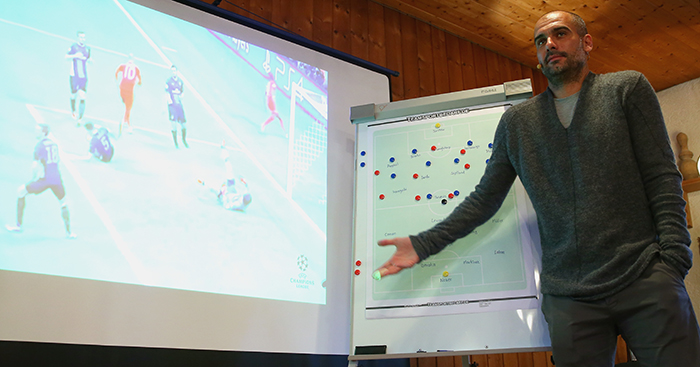 The statistics from the World Cup final paint a pretty clear picture: one team had the lion’s share of possession (61%), had more completed passes (456 to 202), had better passing accuracy (83% vs 75%) and had more attempts at goal (15 to 8). That team, of course, was Croatia.

And the picture painted is that traditional statistics fall well short of getting to the heart of what brings about the results on the pitch.

During his playing career in the Bundesliga, Reinartz often felt that statistics didn’t marry with how he had impacted a match.

After injuries forced his retirement in 2016, he, along with former team-mate Jens Hegeler (now playing for Bristol City), founded a company called Impect and made it his mission to change football analysis forever.

The company’s CEO, Lukas Keppler, explains that the term Packing arises from the idea that when a player is beaten by an opponent, “he is packed – no longer involved in the play.”

The methodology seeks to explain how players achieve this, through passing or dribbling, and to quantify their efficiency or effectiveness. Hence the E in the company’s name.

Rather than looking solely at players’ successful actions (passes, runs, possession), it’s the net result of those actions that counts. Put simply, Packing answers one basic question: are there fewer defending players between the ball and the goal than before the action took place?

Impect consider players taken out of the play to have been “outplayed” and describe them as such in their metrics.

The idea is best illustrated by an example: if a pass from a midfielder to a striker goes past four opposing defenders and leaves them unable to stop the attack, both the pass creator and receiver (and their team as a whole) are awarded an ‘outplayed opponents’ score of four. 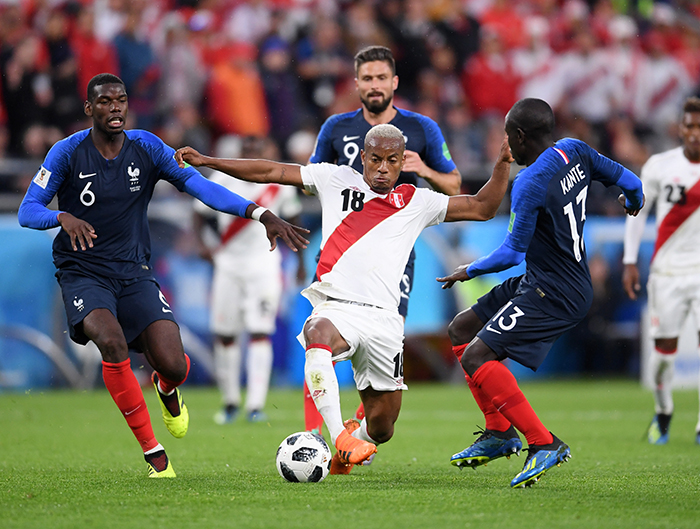 The accompanying ‘outplayed defenders’ metric quantifies incisiveness in the final third, considering the fact that taking defenders (and defensive midfielders) out of the play is particularly conducive to goalscoring opportunities.

A look at the World Cup through the lens of Packing helps to show why the French victory was not unexpected.

Offensively, Didier Deschamps’s side were respectable, if unspectacular, with an average of 33 outplayed defenders per match, but they were peerless in defense, seeing the lowest number (20) of their own defenders outplayed on average per match.

Lukas Keppler, who admits a personal fondness for the French team, says their success was “built on the defensive stability of not only (Samuel) Umtiti and (Raphael) Varane, but especially (Paul) Pogba and (N’Golo) Kanté.”

Those statistics hinting at Croatian superiority now paint a picture of sterile domination.

Keppler is quick to point out that “the final was something of a microcosm of the tournament; marked by set pieces, VAR, and goalkeeper errors, rather than by sequences of great passing.” 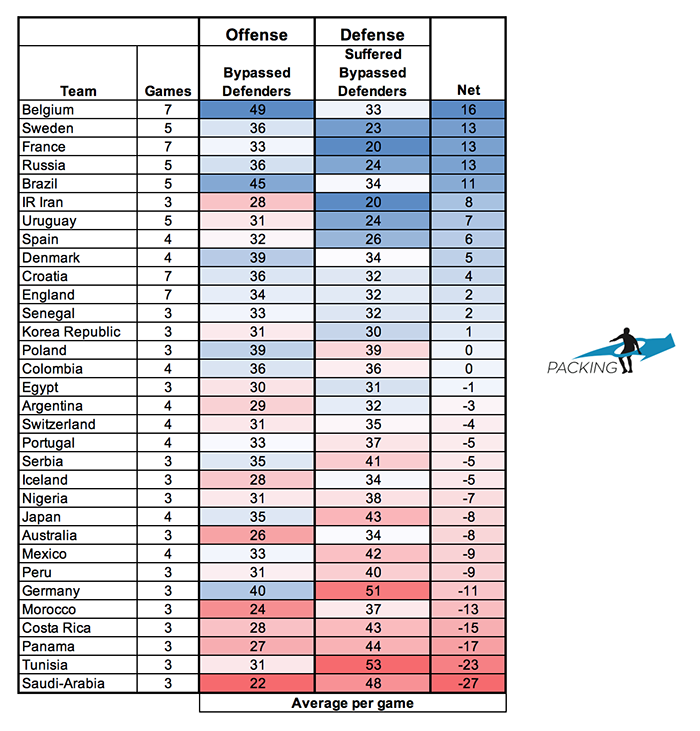 If ‘Packing’ sounds a bit odd to an Anglophone ear, it’s familiar to many German football fans. Stefan Reinartz and Impect were featured on German public broadcaster ARD as early as Euro 2016 in France.

“We got many reactions back then,” says Keppler, “both positive and negative, if I’m being honest. It showed us that television might not be the right medium for Packing. Because time is so limited on TV, we couldn’t fully explain the concept.

“This left some people thinking we were saying that long-ball, kick-and-chase football was the perfect formula for success.”

Our algorithm takes pressure into account. The player (passer and pass receiver) will not get credit for a long ball where the striker cannot control the ball. That's why teams like ManCity or Bayern in general have the highest numbers.

Other reactions were over the top in another sense, with some claiming that Packing is the missing link that could explain football, full stop.

Keppler underlines that “packing is a new approach to football analysis, not the answer to all questions.”

He says that some things (such as leadership on the pitch) cannot be measured objectively and also admits there is room for improvement.

For example, Impect are working to ensure that individual measurements are fair representations of a player’s abilities, not artificially buoyed by playing in a team of title contenders, or dragged down by relegation strugglers.

Nevertheless, Keppler is “100% convinced that Packing has value as a predictor of performance.”

Others in the world of German football agree. Reinartz and Hegeler’s former club Bayer Leverkusen was Impect’s first client in 2015. Since then, the company’s methods have been used by managers, coaches and scouts at over half of the Bundesliga’s 18 clubs.

It also seems to be that those who have seen what Impect can do in Germany are keen to take it with them when then they move to pastures new: former Borussia Dortmund manager Thomas Tuchel will be looking at the Packing rates of the players at PSG, for example.

Lukas Keppler is optimistic about Impect’s future, saying he is “certain that Packing can help scouts to identify new talent and managers to make tactical decisions.

“It won’t replace something like live player scouting, but it can definitely help guide decision-making,” he adds.

And while Keppler would like to one day see Packing used by every club in every league around the world, he says demands on personnel won’t allow it just yet. Not only is contact with clubs quite close, Impect analysts spend as much as three to four hours scrutinizing match footage to ensure the accuracy of their data.

However, Impect are ambitiously working to expand their reach in other top European leagues, with representatives meeting Premier League and Championship clubs before the start of the 2018-2019 season.

Given the number of managerial and scouting imports from Germany, the day when Packing doesn’t sound so foreign might not be far away.