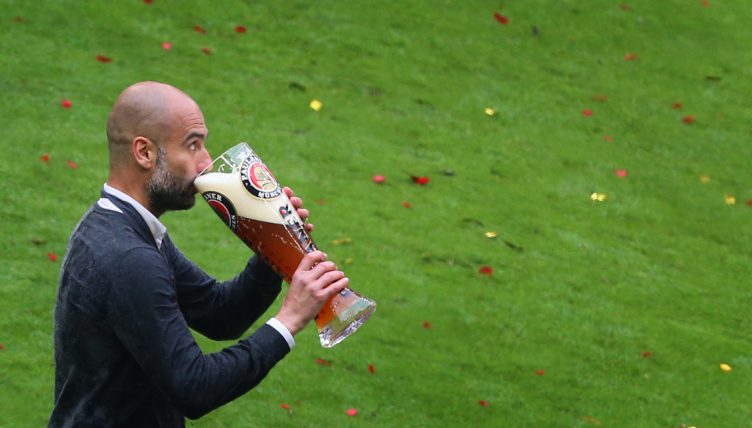 When Bayern Munich announced in January 2013 that Pep Guardiola would become the next permanent manager of the Bundesliga giants, it was very clear what his mission was.

The German giants had suffered somewhat of a culture shock in previous years, Jurgen Klopp’s Borussia Dortmund having beaten them to the title in 2011-12 and 2012-13. That meant Bayern had won just one title, 2010-11, in the past four years, with Wolfsburg claiming a shock win in 2009-10.

They had not won the Champions League since 2001, suffering a painful loss on their home ground to Chelsea in the 2012 Final.

Guardiola was enlisted to change all that; to restore domestic dominance to Germany’s most successful club and to re-establish them as a European powerhouse, capable of winning the Champions League multiple times just like he had done at Barcelona.

Yet by the end of the season, just before he was due to take over from the retiring Jupp Heynckes, Bayern had won the Bundesliga by a mammoth 25 points, won the DFB Pokal, and atoned for past sins by triumphing over Dortmund in the Champions League Final to complete a historic treble.

Suddenly Guardiola was tasked not so much as with rebuilding Bayern, but with turning the European champions into a trophy machine. Paradoxically, he both succeeded and failed.

It must be prefaced that for Bayern, winning the league title is seen as a requirement, not a huge success.

Since 1969, Bayern have won the competition 30 times at a rate that averages out at more than one every other year, and Guardiola was therefore expected to win the league in his first season.

He passed the test with flying colours. Under Jupp Heynckes the previous season, Bayern had set a record by winning the league by the 28th match. Guardiola did it by the 27th, breaking that record although not surpassing the previous season’s points tally.

Armed with new signings in German starlet Mario Gotze from rivals Dortmund and Thiago from Barcelona, Guardiola went about changing Bayern’s playstyle to something more resembling his own.

This was exhibited in his first match as manager in the German Super Cup: gone was the 4-2-3-1 and in was the 4-3-3. Instead of an outright defensive midfielder in Manchester United legend Bastian Schweinsteiger, Thiago in a regista role was preferred.

Bayern are playing away at Stuttgart and the game is tied at 1-1 with just seconds left. Then Thiago Alcantara, then just 22, does this in the 93rd minute.

It was too much too soon and Bayern lost to Dortmund 4-2, causing Guardiola to revert slightly by reintroducing Phillip Lahm and Schweinsteiger, but his trajectory towards a new Bayern was clear and it became more prevalent as the months went on and Guardiola’s men marched towards both the League title and the Pokal to complete a debut double for the new manager.

The following year saw just the league title, with Robert Lewandowski the latest to switch Dortmund for Bavaria in the summer while Toni Kroos left for Real Madrid and was de-facto replaced by Xabi Alonso going the other way.

League success was not as dominant that season, but Bayern still won by 10 points over Wolfsburg with Dortmund down in a lowly seventh.

Guardiola’s final season also saw league success, the title won by 10 points once more with Dortmund this time runners up, but also brought the DFB Pokal to complete another domestic double. By this point, the Catalan’s fingerprints were firmly all over the team.

🇪🇸 @XabiAlonso explains the role he played under Pep Guardiola when he was at Bayern Munich. pic.twitter.com/fXvjWADUaF

That was obvious again in the transfers made that season; Schweinsteiger, still only 30, departed having been utilised less while Douglas Costa and Arturo Vidal came in.

The domestic triumph is undeniable, but the quality of the competition can be questioned, with Guardiola winning the league every season and the best players from Bayern’s closest historical and modern rivals Dortmund poached by the Bavarian team.

Perhaps telling is that few of the players Guardiola brought in stayed as key team members when he left; Joshua Kimmich arrived as a wonder-kid in Guardiola’s final season and clearly, Lewandowski has been the first name on the team sheet after arriving, but that is it.

Is three-semi final losses in three years a failure? Considering that Guardiola inherited a side that had just won the Champions League, you would have to say yes.

The impetus on Guardiola’s arrival was always to make Bayern one of the foremost forces in European football, to elevate them from nearly-men to a team that was always the favourites to win and that often enough would.

When the move was announced in January 2013, Dietmar Hamann told BBC Radio 5 live that winning the Champions League was Guardiola’s mission.

“Bayern Munich is one of the best clubs in the world, if not the best,” he said.

“Bayern have been to two Champions League finals in the last few years and he must feel he has a serious chance to win the Champions League with them – they’re right up with the top clubs in Europe.”

But in three seasons Pep Guardiola lost thrice to Spanish teams in the semi-finals.

First to Real Madrid, who dominated Bayern over the course of two legs to embarrass the holders 5-0.

Next came Guardiola’s old team, Barcelona. Again, Bayern were walked all over across both legs with Guardiola’s tendency to overthink and to tinker coming into play.

He rocked up to the Nou Camp and played three at the back in an effort to control possession and render the Messi-Suarez-Neymar front three helpless, but it did the opposite and Bayern lost 3-0 to the soon-to-be European Champions in the first leg.

The reverse leg was not much better. They may have won 3-2 in Bavaria, but Barcelona went two up on the night and ended the tie early.

“To go three versus three at the back, we were saying ‘brave’ but it was madness to go up against that front three,” Jamie Carragher said while analysing the first leg. Barca could have had the game wrapped up so early.”

The final season saw a visit from Diego Simeone’s Atletico Madrid. Physical, brutal, and efficient, they cut through the Bavarians and gave nothing away.

Bayern lost the away leg 1-0 and the lack of away goal would eventually knock them out when Simeone’s men snatched an away goal and sat back, happy to move on to the final on away goals despite Bayern’s 2-1 win at the Allianz Arena.

Guardiola’s time at Bayern was strange.

In many ways it was a strange appointment from the off-set; a manager with a very distinctive style of play that was not at all what Bayern had used before and which had a distinctly different club culture to the one he had spent the entirety of his career with prior to arriving.

There was plenty of domestic success with three titles and two doubles in three years. It started the current run of eight successive titles and, as mentioned at the start, that sort of dominance had been missing at Bayern for half a decade or so.

Yet meaningful title challenges from outside of Munich were lacking during the period Guardiola spent in Germany, and that would have contributed somewhat to his clean sweep of Bundesliga victories. 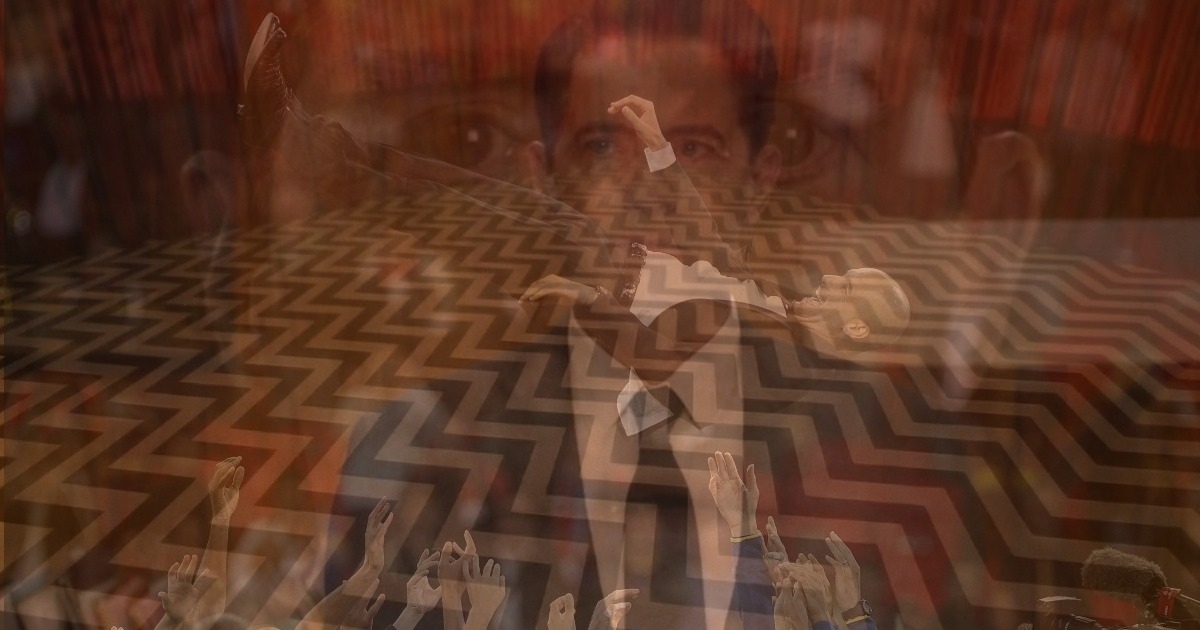 READ: A dreamer who lives inside the dream: Guardiola’s Barcelona, via Twin Peaks

Compare that to his domestic success with City where he has turned the club into the most ruthless of title winners and comfortable favourites for the league every season which, it is important to remember, they were not before.

But with Bayern, and now City, Guardiola has struggled in Europe.

His almost compulsive need to tinker at crucial moments contributed to his three semi-final defeats with Bayern and his recent final loss with City, where the decision to play no defensive midfielder, in a final which was always going to be decided by Rodri or Fernandinho vs. N’Golo Kante, was simply baffling.

Pep at Bayern was a paradox, and one he continues to be. But just as he is capable of frustrating the fans of the clubs he manages, he is also capable of bringing them ultimate success.

You sense with this City squad it is a case of if not now, then when for European glory.