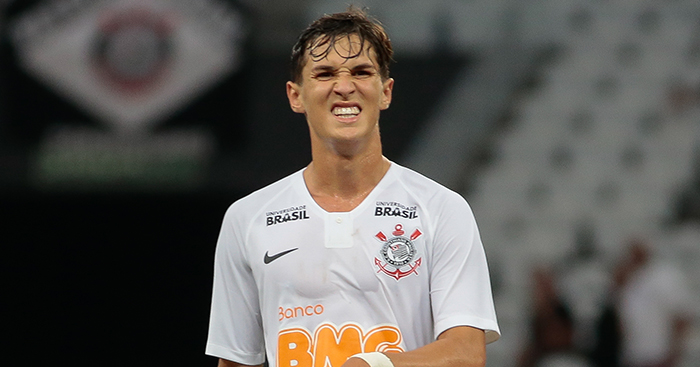 Luis Suarez slipped in between Joel Matip and Virgil van Dijk, slid to meet Jordi Alba’s perfectly weighted cross and got just enough on the ball to lift it over Alisson and send it into the back of the Liverpool net.

It was his first goal in this Champions League campaign, the first since he beat the same goalkeeper, then playing for Roma, in last season’s quarter-final. It was the strike that handed Barcelona the advantage in a tie that they are beyond desperate to win. So he celebrated wildly – just as he is entitled to do at the biggest moment of his season.

But some Liverpool fans on social media were not impressed. “Classless,” they called him, expecting Suarez to follow the trend of players refusing to celebrate against any team that paid their wages for a few years, demanding a gesture to show he shares their emotional connection to the club.

But football clubs, to footballers, are rarely much more than employers. Their loyalties lie with the one that currently provides their salary and the fans that support it. They should celebrate whoever they score against.

And while there are certainly reasons why Suarez should retain emotional ties to Liverpool, you can certainly understand why the emotion of scoring such an important goal rather than anything that happened years previously was at the forefront of his mind when the ball hit the net. Not celebrating would have been a lot weirder than celebrating in the circumstances.

Yet on rare occasions, a non-celebration can be meaningful, full of genuine emotion.

On Saturday night, Corinthians midfielder Mateus Vital received the ball on the left, about 50 yards from the Vasco Da Gama goal.

Weirdly for a game between a team from Rio and another from São Paulo, it was being played in the Amazonian city of Manaus, almost 3,000 km to the north.

But Brazilian teams have the right to play their home games wherever they want and with fans of both sides spread around the country, Vasco can make good – and much-needed – money playing a few big games a season in the far reaches of this continental country.

Vital, unfazed by the heat and humidity, ran forward, driving towards the Vasco defence, and tried to pass it inside. It hit the Rio outfit’s midfielder Raul and bounced straight back to him. It was a stroke of luck, but he made the most of it.

The elegant 21-year-old dragged it back with his right foot, leaving Raul on his backside before taking two more touches towards the by-line with his left and cutting inside right-back Claudio Winck with the outside of his right boot.

Two more touches towards the six-yard box took him beyond the remaining defenders and goalkeeper Sidão before he gently curled a shot through Danilo Barcelos’ legs and just inside the far post.

It was his first start in two months and his first successful strike of the year – a delightful goal, full of balance, two-footed touch and rounded off with a lovely finish. His team-mates flooded towards him, and it appeared there was plenty to shout about.

But immediately his hands went up, palms facing the fans, in the classic non-celebration pose. He did just one thing, walking calmly towards the camera behind the goal and mouthing, “Family, I love you,” towards his relatives at home.

But for him it seems justified. To Vital, Vasco are much more than a former employer.

“Vasco is where I grew up,” he said, explaining his decision not celebrate his goal in 2018. “I got there when I was five. Vasco gave me food, education, Vasco gave me everything. So, I didn’t want to celebrate and even said sorry to their fans.”

Told he might have annoyed some Corinthians supporters, he replied: “Each to their own, I can’t please everyone. And Vasco even helped me when my mum died.” That last sentence, perhaps, was the one that really got to the crux of the matter.

When Vital was nine, his mother was murdered in front of his eyes as they left the Vasco training ground in her car. She was shot by someone attempting to rob them, an innocent victim of Rio’s urban crime.

“I thought about quitting [football],” he told the press 10 years later, but with the support of his family and Vasco, who provided him with a psychologist “almost 24 hours [a day]”, he managed to carry on and make it to where he is now.

It is rare that non-celebrations feel right, but this was one of those occasions. This one was meaningful – full of genuine, painful emotion.