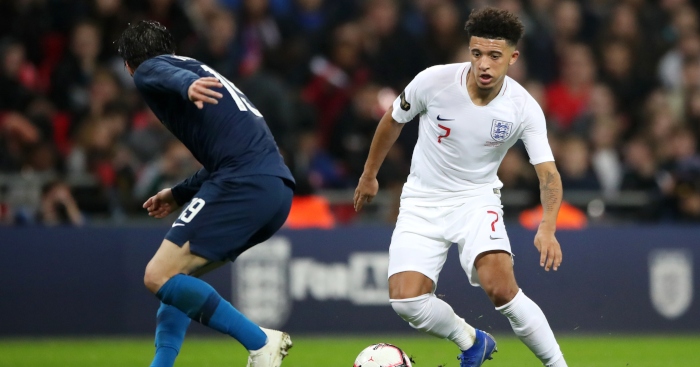 “I didn’t grow up supporting a club. I just loved football and watching players that expressed themselves; Ronaldinho, R9, these types of players.”

Dan Gayle has always loved footballers with a free spirit, who play with abandon and focus on flair and skill. And so he decided to set up FFDTV.

Initially, the aim was simple. “We’d go to the park, cones down, cameras out, as real as possible,” Gayle says. “It was just free flowing. It was just a street style of football.”

The footage of these talented youngster playing in unstructured, three against three or four against four matches was then uploaded to Instagram by Gayle, and the videos soon began to gain traction.

This was around six years ago, and before long players who were part of professional clubs’ academies began DMing Gayle asking if they could be involved, giving them the chance to return to their street football roots while still trying to make it to the elite level.

As a result, Gayle was introduced to two 14-year-old friends who were playing in the respective academies at Watford and Arsenal: Jadon Sancho and Reiss Nelson.

The videos which followed show the duo playing alongside four other lads, some of whom were four or five years their senior, who are forced to helplessly watch on, chasing shadows, as Sancho and Nelson try to outdo each other.

Gayle has since gone on to have the pleasure of working with even more of the hottest prospects in English football, including Callum Hudson-Odoi, Jonathan Panzo, Rhian Brewster and Angel Gomes.

The success of FFDTV has even led to the formation of a fully-fledged academy, which aims to hand opportunities to equally skillful players who have been released from academy systems or have never been given the opportunity in the first place.

Playing against the academies of professional clubs has proven a steep learning curve, but they recently secured a significant result by winning 3-2 away at Swansea City. The scheme has been given further credence by the Derby County’s signing of two of their players.

Gayle’s original idea came from simply wanting to highlight the skills of street footballers, yet he has recently visited Wembley to see two players he has worked with, Sancho and Hudson-Odoi, represent England at senior level.

“Both Jadon and Callum have given interviews since playing for England saying they just want to play like they did in cage football,” Gayle says.

“That’s quite an important message to share to up and coming players around the world. You have to believe in what you do.

“They’re producing on the top stage by sticking to their guns and now the world is their oyster.”

To find out more about Gayle’s work, FFDTV, the academy and their new app, watch the interview below.