The Joy Of… the elastico: From Sergio Echigo to Ronaldo & Ronaldinho 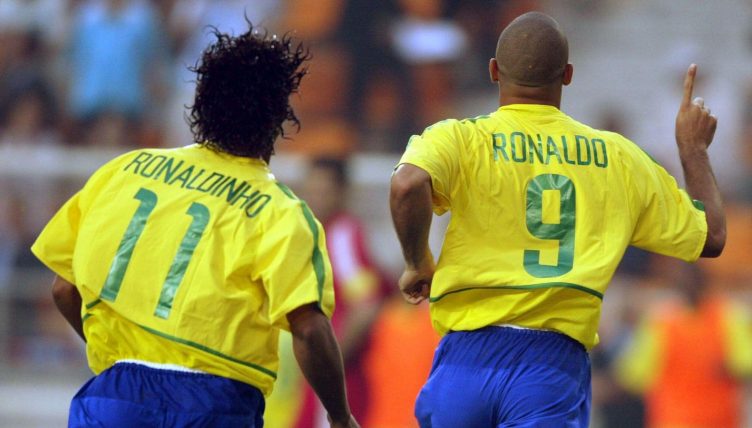 Since the turn of the millennium, the most frightening development in modern football has undoubtedly been the YouTube skills compilation.

We’ve all seen them, and more of us than we would like to admit have somehow found ourselves in front of a video titled along the lines of ‘Jesse Lingard 2019 • lingardinho • Dribbling Skills, Assists and Goals | HD’ and soundtracked by unlistenable European house music.

Yet there is one piece of skill which remains relatively rare among the endless footage of stepovers, backheels and dragbacks. The elastico may be simple in its concept – the ball is nudged one way before flicked in the opposite direction with a quick snap of the ankle – but its execution has become something of a holy grail among football’s greatest entertainers.

Rivellino, a Corinthians and Brazil great who was a key member of the iconic 1970 World Cup-winning team, is often credited with the spark of genius which has left so many defenders chasing their own tails over the years.

But the lineage of a skill which continues through Diego Maradona to Ronaldinho to Paul Pogba predates even Rivellino.

It starts with Luizinho, the man some fans consider Corinthians’ greatest ever player. He played over 600 times for the club after making his debut in 1949, including five minutes in a 1996 friendly at the age of 66, but the ‘Little Thumb’ was the inspiration rather than the inventor of the elastico.

“He was the unparalleled joy of my Sundays,” wrote journalist Raul Drewnick in an email to Terceiro Tempo. “The passion I have until today for football was born of him, his feet, his magic.”

Drewnick compared Luizinho to Charlie Chaplin thanks to his “pure art” and “divine mockery”, adding: “When I was a boy in my beloved neighbourhood of Jardim da Saude, my dream – and that of almost every other boy playing ball in the street – was to be Luizinho.

“I would try to imitate him in everything, especially in a dribble that only he could give, and which the sports press called disconcerting.”

In order #Cláudio #Luizinho #Baltazar #Carbone and #Mário. #Corinthians Paulista attackers who during the "Paulistão" (Paulista Championship) have reached the mark of 103 goals in only 28 games. pic.twitter.com/wiiWIlWC9G

But without the internet, social media or even widespread television coverage, Luizinho’s magic instead spread on the streets, where young boys such as Drewnick attempted to emulate their hero, teaching one another and trying to perfect his tricks.

One of the best at this was Sergio Echigo, born in Brazil but of Japanese descent after his parents moved to Sao Paolo as part of the mass immigration around the First World War.

Echigo himself became known as a skilful midfielder who could beat opposition players with the ball at his feet. While his modest playing career started with just a couple of years at Corinthians, that was all he needed to indirectly impact the entire footballing world.

During this time with Corinthians, he studied the sport’s greatest dribblers, namely Garrincha and Pele. Echigo noticed Garrincha’s trademark move would be to dribble inside before quickly shifting the ball to beat the defender on the outside. Pele, however, was the opposite; he would run towards the touchline before cutting inside.

In a moment of inspiration, Echigo decided to combine the two methods, and the elastico was born. With one flick of the boot, he could go from out-to-in or in-to-out. Defenders have rued his genius ever since.

“The inventor of this skill was Japanese, not Brazilian,” he joked at the launch of Sony’s Street Football Stadium project in 2014, as quoted by Al Jazeera America.

When Echigo first unleashed the elastico in Corinthians training, the response from his team-mates was incredulous.

“‘Oh! What is this?’ And then everybody tried it, [including] Rivellino.”

Whereas Echigo’s playing career quickly petered out after leaving Corinthians in 1965, Rivellino was just getting started. He spent nine years with the club and won just short of 100 caps for Brazil.

As a result of his eye-catching approach to the game, Rivellino became idolised by a young boy growing up in Buenos Aires by the name of Diego Armando Maradona.

“It was all that I wanted to be like that football player: perfect dribbles, precise passes, unstoppable shots… all of the left foot,” Maradona once said of his hero. “We could have amputated his right, he was doing everything on the left. I found that beautiful.”

From thereon in the passing of the baton is much easier to follow. Maradona has gone down as one of football’s greatest rock stars, and one of the next masters of the elastico was not exactly averse to a touch of hedonism either.

Romario, after all, is the man who once asked Johan Cruyff if he could return to Brazil for a couple of days so he could attend the Rio carnival.

An unimpressed Cruyff told the striker he would only be allowed two days extra rest if he scored two goals for Barcelona the following day. Romario held his manager to his word, scoring twice in the opening 20 minutes before asking to be substituted, telling his boss: “Coach, my plane leaves in an hour.”

And it was with that kind of verve that Romario scored this goal for Flamengo against Corinthians, the home of the elastico.

From Romario, it only takes a short leap to two of the greatest exponents of the skill. Ronaldo may have followed in Romario’s footsteps by leaving Brazil to join PSV Eindhoven before making the step up to Barcelona, but the duo were only able to partner each other in attack for Brazil – for a frustratingly brief but beautiful period in 1997.

“I played with some amazing players and he is one of them,” Ronaldo later said of Romario. “I did not have the chance to play with Zico, but I think that Romario, at least for me, was the most decisive Brazilian player. He was a great goalscorer, finisher, skilful, opportunist. I think I learnt all of that from him.”

O Fenomeno produced one of the greatest examples of the skill in one of the most definitive performances of his career. Of all the moments from Inter’s 3-0 victory over Lazio in the 1998 UEFA Cup final, nobody returns to Ronaldo’s goal, nor those scored by Ivan Zamorano and Javier Zanetti.

Instead, they watch Ronaldo facing up Guerino Gottardi to subject the substitute to the most embarrassing three seconds of his life, and the split second when Gottardi can only look at the floor, resigned to the fact he might as well just walk off the pitch and hang up his boots there and then.

Ronaldinho, meanwhile, followed in that proud tradition of enjoying life off the field as much as he did on it and was as equally partial to an elastico as his Brazil team-mate.

Perhaps it’s no coincidence that the players we most associate with the elastico all had a streak of rebellion running through their bodies.

While footballers in the modern era have a general technical proficiency possibly greater than ever before, the elastico remains a joyous, anarchic ‘fuck you’ to the norms of the game.

Paul Pogba and Douglas Costa are two of the more the notable proponents of the trick currently, but we’ll always have Sergio Echigo to thank for its inception.

READ NEXT: Gigi Simoni: I never asked Ronaldo to run, he just needed to play