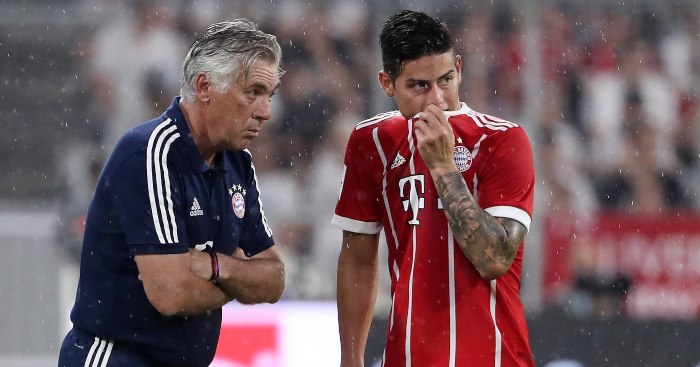 In May 2008, Manchester United beat Chelsea to lift the Champions League, ending a nine-year wait for European success.

A big factor behind their win was the team’s front three. Rooney, Ronaldo and Tevez had an enviable mix of skill, speed and aggression; each player was versatile enough to move around the pitch, and each could find the net at crucial moments. Time was on their side, too, as they were all between 22 and 24.

To the outside observer then, it seemed United had an attack capable of dominating Europe for a decade — if they could keep the individual players happy.

But then Sir Alex had a brainwave. What if United could keep scoring bags of goals, only… more slowly? More prettily? And with more hairbands?

In came 27-year-old Dimitar Berbatov for £31million; out went the team’s chemistry, followed later by Tevez and Ronaldo. A new era had begun.

Berbatov was the silkiest of luxury signings. While a pre-transplant Rooney huffed and puffed around the pitch, Berbatov simply glided, picking passes out of the sky and humiliating James Collins for fun.

But did he improve the team? Well, no, not really. He was a shiny jewel, but beautiful-on-the-inside Tevez — the biggest victim of Berbatov’s arrival — was a better and more pragmatic player.

Ferguson had previous for this as well. In 2001, he responded to three consecutive Premier League titles by “upgrading” his midfield — Paul Scholes, Roy Keane and Nicky Butt — with the famous and incredibly expensive Juan Sebastian Veron.

United went trophyless that season, and Veron was gone after just two years.

Veron and Berbatov fall into different categories of luxury signing, in that only one of them, Berbatov, was a luxury player.

Unlike tough-tackling Veron, Berbatov played football with a focus on the aesthetic. If it wasn’t beautiful, it wasn’t good.

Manchester United knew this when they bought him, but they saw it as a worthwhile gamble: sometimes you wear uncomfortable expensive clothes because they look better.

Over the years, plenty signings have fallen into this category.

When United were scrambling to finalise the Berbatov deal on deadline day 2008, a new-look Chelsea had already done their summer business.

New manager Luiz Felipe Scolari had taken one look at Michael Essien, Frank Lampard and Michael Ballack and decided that, actually, Barcelona playmaker Deco would be the one to make the midfield tick.

What a debut for Deco… 👌 pic.twitter.com/rhNORdPmW0

It worked for about a month. The £8million signing scored a screamer on his debut, then gradually faded away as the season progressed.

Newcastle found this out when they signed Faustino Asprilla in February 1996, while Arsenal should really have replaced Manuel Almunia (a tatty old pair of shoes) instead of buying Andrey Arshavin (a fancy fur hat) in early 2009.

That being said, luxurious things can occasionally be practical.

When Real Madrid entertained the possibility of selling Rafael van der Vaart to Tottenham on 31 August 2010, Harry Redknapp couldn’t resist — despite having no tactical plan for the maverick Dutchman.

It didn’t matter. Van der Vaart was the club’s top scorer over 2010–11 and became an instant cult hero.

David Beckham, for example, wasn’t a luxury footballer: he worked really hard, and he would have improved the right-hand sides of most football teams. But Real Madrid circa 2003 was not one of those teams.

The squad of Galacticos already included Luis Figo, one of the best right wingers in the world, so the signing of Beckham obviously had more to do with enhancing the club’s reputation than its corner routines.

Florentino Perez was donning a Hermes handbag when he really needed a backpack. (That he sold Claude Makelele the same summer shows how much he valued style over substance.)

These statement luxury purchases happen all the time.

Kaka was another Madrid signing that didn’t have any obvious tactical inspiration behind it — they had assist king Guti, after all — while Alexis Sanchez to United was the outcome of a high-stakes game of chicken between two Manchester clubs.

You could argue that the best of these luxury deals involve players when they’re long past their peak.

In 2011, the briefly rich Anzhi Makhachkala signed a 38-year-old Roberto Carlos as a kind of half-player, half-mascot, drawing plenty of media attention to the club.

And sometimes signings are luxurious in multiple ways, such as when New York City FC signed an ageing Andrea Pirlo — a languorous player even at his peak — and paid him bucketloads of money to help “build the brand”.

Perhaps the most cynical kind of luxury signing is when a club already has a massive squad and clearly has no intention of using their new purchase.

Like filling a cupboard with expensive, never-worn trainers, these are the least joyful of luxury signings, but they can still be entertaining in a dystopian kind of way.

But their most bourgeois signings were on unglamorous players like Scott Parker, signed as filler for £10million, or when they bought three back-up goalkeepers at once.

“I did get a medal for winning the title with Chelsea,” Parker later revealed. “But there were four of us who didn’t play enough games to get an official one so the club got replica medals made.”

Before Manchester City became the slick business they are today, they too made some greedy acquisitions.

In 2009, they already had Craig Bellamy, Robinho and Benjani but bolstered their attack with Roque Santa Cruz (£18million), Carlos Tevez (£25million) and Emmanuel Adebayor (£25million).

Santa Cruz only made six league starts for the club, but that didn’t stop City doing it all over again with inessential purchases like Alvaro Negredo and Wilfried Bony.

Premier League teams aren’t the only perpetrators either.

In 2019–20, Barcelona exploited a little-used rule that allowed them to sign forward Martin Braithwaite, the talisman at relegation-threatened Leganes, outside the transfer window.

He was signed as emergency cover, scored one goal, and will probably never play for the Catalans again. Leganes, predictably, got relegated.

The good news? If Everton can sign James Rodriguez during a recession, we’ll have plenty more luxury signings in the years to come.