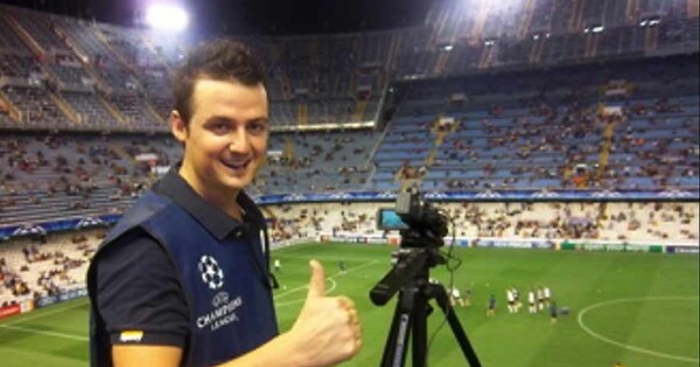 David Le Moël ditched life as a professional poker player to follow his dream of working for a top football club – and it paid off.

Today, the Jersey native is a performance analyst at Valencia, where he has worked with stellar names such as Juan Mata and David Silva through to the current crop of talented youngsters, including Carlos Soler and Ferran Torres.

He also acted as a translator during Gary Neville’s ill-fated spell in charge of the Spanish giants. But his journey to the top was anything but conventional.

Le Moël had done work experience at Valencia before embarking on a poker career.

“I learned how to play from a couple of English lads I had met in Valencia and it turned out I was quite good,” he says. “I actually moved back to England and then returned to Valencia, where I offered to work for free as I was earning enough money through the poker.”

It was back at Valencia that he encountered Juanjo Vila Seone, the club’s first team analyst, to whom he showed his work, including motivational videos he had made for the Valencia academy.

“He asked me to do an opposition analysis video ahead of an upcoming game with Villarreal,” Le Moël recalls. “Villarreal were in really good form at the time, but they showed my video before the game and Valencia ended up winning 5-0.”

Manager Unai Emery subsequently brought him into the first-team setup, where he worked with Mata, Silva, David Villa and a young Jordi Alba. He filmed games and made statistical reports for the technical team.

“I used to travel around Spain in the beginning, filming upcoming opponents,” Le Moël says. “That job doesn’t exist anymore because La Liga introduced a system where there are cameras in every stadium.

“It is a shame because I was in a different city every week, like Barcelona, Granada, Coruna and San Sebastian.”

Couldn't resist a selfie on the pitch in the Bernabeu. Be rude not to….. Even if it is raining pic.twitter.com/JYpUHPEbUS

Sampling the football culture in Spain’s more eclectic regions is a far cry from his formative years in the Channel Islands.

A childhood Liverpool supporter, the 37-year-old studied physical education and sports science at the University of Chester before he travelled the world. His travels took him to Bolivia, where he started to learn Spanish.

He then took an international masters in performance analysis of sport, which was split between German city Magdeburg, Cardiff and Valencia, where he first worked in 2008.

“I don’t think people realise how big a club Valencia is,” Le Moël says. “After Real Madrid and Barcelona you have Valencia, Atletico Madrid and Sevilla.

“You know about it when the supporters are not happy, but you also do when they are. There are not many fan bases like we have here.”

Working with the Nevilles

Such is the high turnover of managers in Spain, Le Moël has worked with a number of them at Valencia, including Emery, Maurico Pellegrino, Ernesto Valverde, Nuno Espirito Santo and, from December 2015 to March 2016, Gary Neville.

“He actually mentioned my name in one of his first press conferences when he announced I would be doing the translating. I had no idea about it at the time.”

Neville, who was assisted by his brother Phil, did not enjoy his time Valencia, leaving with a 34.5% win rate, including a 7-0 defeat at Barcelona.

“I think there was a bit of confusion among the fans when Gary was appointed,” Le Moël adds. “Both he and Phil were brilliant to work with and two of the best people I have met.

“People might think they are quite similar, but they were very different. In a meeting, Gary would have one idea and Phil would then give a totally opposite view.

“One of the problems was that when they arrived they did not have a pre-season behind them and the club was playing every weekend and then one night in the week, so it would be game, recovery, then preparation, and the travel was relentless.

“Results were better when they left, but I think that was down to Gary’s good work and prep. It is a shame they did not stay longer because I have a feeling things would have improved.”

A conveyor belt of new technology and methods is helping to constantly improve football analysis and data, which is something Le Moël has embraced.

“I have just completed a three-week trainer course on the Spanish version of the UEFA Pro,” he says. “We also now have the Sportscode software, which allows me to cut, edit and present videos.

“When I arrived at Valencia, the academy did not even have a video camera and I had to do everything with a camera borrowed from the university.” 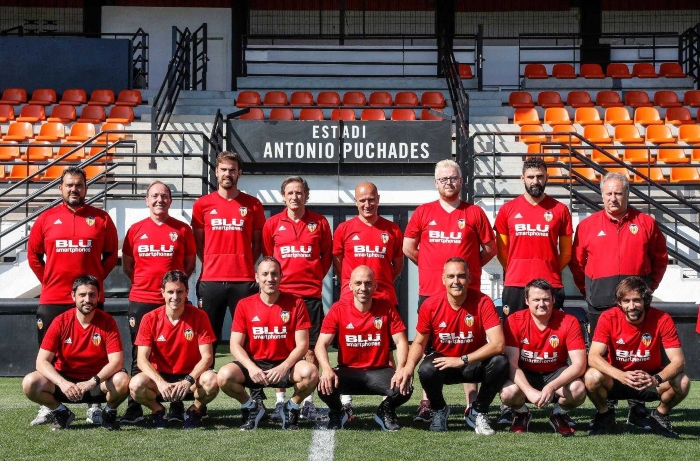 For the past few seasons, he has mainly been working with the club’s second team, Valencia Mestalla, which plays in Segunda B, and its under-19s squad.

There, he has helped develop a plethora of talent that has made its way to the first team, including Soler, Torres, Toni Lato, Nacho Vidal, Rafa Mir and the South Korean Lee Kang-in.

“I am striving to work for the first team again, but I am not desperate for it,” he says. “There is pressure with the second and youth teams, but it is not as intense.

He has no plans to return to the UK and would encourage more coaches and analysts to try their luck in Europe.

“You look at someone like Ian Cathro, who worked with Nuno at Rio Ave and Valencia and who is now assistant coach at Wolves. He is a really good coach and clever lad who is always looking to improve.

“I know Brendan Rodgers, too, came over to Spain to learn about the game here, which is a good idea because it gives coaches a different way of looking at football.”

As for the future, he is not discounting trying to become an assistant coach.

“It is a job I may be able to do due to my experience in opposition analysis. It is also about having someone trust you enough to give you that job.”

Le Moël has had quite a journey, from Jersey to Valencia via Chester, South America, Germany and Wales.

And, with his endless enthusiasm for the game, who knows where he will find himself next.