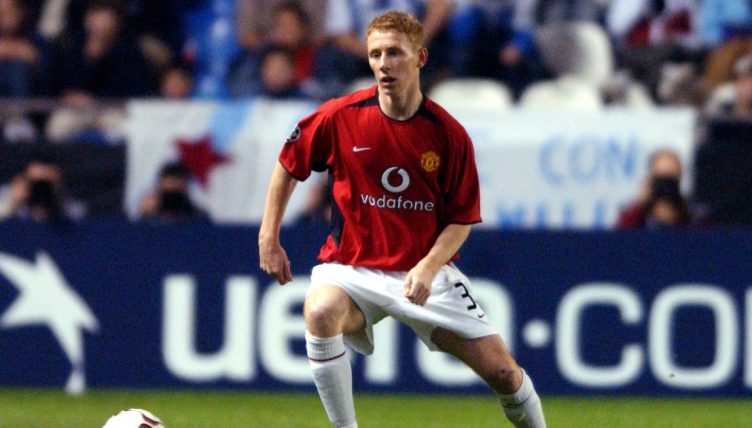 Roche, a right-back, was up against Albert Luque that night, and though the game was a dead rubber – it was the last of the second group stage from which United had already qualified – it appeared to be the latest step towards the first team for a player who had made his Premier League debut three months earlier.

As it turned out, however, he was substituted at half-time and would never play for the club again, leaving on a free transfer just a few months later.

He had come through the ranks with Luke Chadwick and John O’Shea but dropped down the league pyramid, first with Burnley and then Wrexham after leaving Old Trafford, and by 2007 he had dropped out of the Football League altogether, never to return.

“The only thing I would point out is that I was known at United for being really quiet, so perhaps I should have been more assertive and mingled more with the lads.

“I’d be straight off home after training to hang out with my own group of friends. I look back now at team-mates like John [O’Shea] and Darren Fletcher and think I should have been more like them and gone out and socialised.

“I think it would have gone down better with United.”

Roche may have been seen as something of an introvert, but on the pitch he was a tough-tackling defender who was equally at home at right-back or centre-half.

A boyhood United fan, he was spotted playing for his local district side by scout Harry McShane, who appeared for the Reds in the early 1950s.

Coached by Nobby Stiles and Brian Kidd, Roche signed schoolboy forms when he was 16 and remembered the convivial atmosphere at The Cliff, United’s then-training ground in Salford.

“All the players, from the first team down to the academy kids, used to eat in the same canteen,” Roche says.

“At first, I would turn around and Roy Keane and Ryan Giggs would be sitting there and I would be thinking ‘wow’, but I got used to it.

“Nobody looked down on anyone else and people like Giggs, David Beckham and the Nevilles had come through the youth system, so there were no egos.

“It was like being part of a big family.”

After a season on loan at Wrexham in 2000-01, where he played every game alongside Sir Alex Ferguson’s son Darren, Roche returned to United hoping for a chance.

“I was hungry for first-team football but understood that it was going to be difficult with defenders like Wes Brown, Ronny Johnsen and Lauren Blanc in front of me,” he recalls.

“I found it hard not being given a chance but, at the same time, I didn’t want to walk away from a club like Manchester United, so I stuck around to try and impress the manager.”

He sufficiently impressed Ferguson enough to be handed his debut in November 2001, in a Worthington Cup third-round game at Arsenal which ended 4-0 in the hosts’ favour.

“Sylvain Wiltord scored a hat-trick and I remember Kanu being a massive handful – I couldn’t get over the size of his feet,” Roche says.

“At one point, he flicked the ball over my head and volleyed it, but it went just over the bar, thankfully, otherwise it would have been one of those goals which would have been shown forever.

“There was no hairdryer from Sir Alex afterwards because he knew we had been up against it. I took what I could from that game and tried to learn from it.” 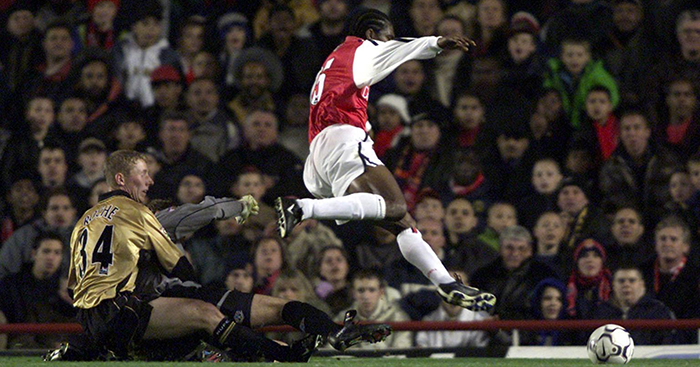 It was another year before Roche played for United again, when he replaced Blanc in the 69th minute of a 5-3 win against Newcastle to make his Premier League debut.

“I did okay, but I remember Sir Alex talking to me afterwards because Alan Shearer had beaten me at the far post to win a header, so he told me to get up first and not let the forwards do that to me.

“I remember being in an airport after that and someone asked me for an autograph thinking I was Nicky Butt, so I signed it!”

Four months later, Roche made his third – and final – appearance for United at Deportivo as part of their youngest ever Champions League side.

“We trained at their stadium the night before to get used to the pitch and envisage the way the game may go. I knew I was going to be starting because of the way the manager set us up.

“It was only when I watched the highlights that I realised what an unbelievable feeling it had been – it made all the hard work worthwhile.” 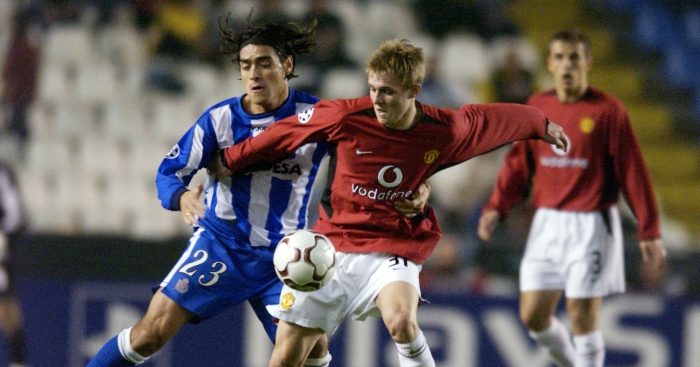 READ: Where are they now? Man Utd’s youngest ever Champions League side

Roche lined up in an unfamiliar back three alongside Blanc and O’Shea, but United were taken apart by La Coruna, who won 2-0, and he was substituted for Michael Stewart at half-time.

“I was up against [Albert] Luque and thought I had done alright, but I wasn’t going to come off and start arguing with Sir Alex,” he says.

“Giggsy told me to keep my chin up and that I had not done anything wrong. Sir Alex didn’t tell me why I had been substituted, but I didn’t want to overthink it.”

After that experience, Roche went back to reserve team football, which prompted him to make the decision to leave United.

“I couldn’t see a clear pathway to the first team and I had reached the stage where I had to be playing competitive football every week,” he says.

“One day after training, Sir Alex walked off the pitch with me and told me that I was going to Watford, but I wanted to stay in the north.

“Stan Ternent wanted to take me to Burnley, so I signed for them. Sir Alex said if I went away and proved myself, I could always come back.”

Roche initially struggled to adapt to Ternent’s long-ball style but soon cemented his place. But then Steve Cotterill replaced Ternent and brought in Michael Duff to play at right-back, leaving Roche out of favour. 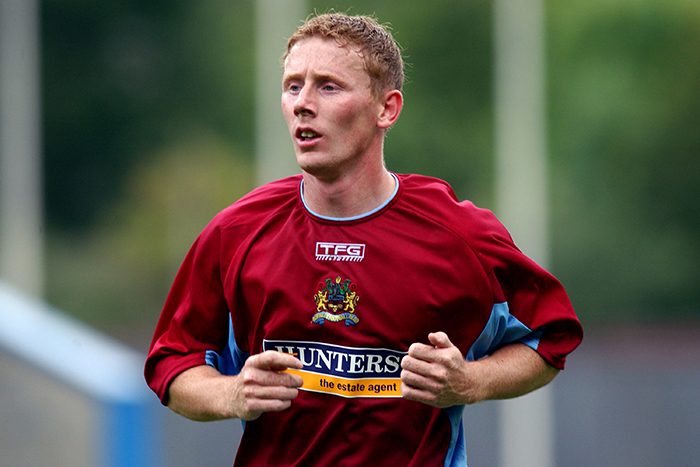 He went on to join Wrexham for a second time in 2005 but suffered with injuries and was released at the end of the 2006-2007 season.

By then, at the age of just 27, he had lost his hunger and interest in football.

“I was coming home and not wanting to even watch football on the TV,” says Roche, who was capped for England at Under-18 and Under-21 level.

“I went out to Royal Antwerp where Warren Joyce, who had coached me at United, was the manager.

“I trained with the squad for two weeks, but the lad who I was supposed to replace didn’t leave the club, so the move never materialised.

“Dave Pace at Droylsden got in touch, so I spent a couple of years there.”

After dropping out of full-time football, the PFA helped Roche retrain for a life out of the game. He now works full-time as a plumber, owns a cavity wall removal business, and for a time coached Bury’s Under-11s.

“I have had a few fellow workers on the building sites asking me about United and how have I ended up here,” the father-of-two says.

“It can get pretty tiresome so I don’t go shouting about that I played for United. I do think young players today should be made to train as something, so they know about the real world.

“Most of them probably don’t have a plan to fall back on if they don’t make it as a professional.”

As well as all his other endeavours, Roche is also back at Old Trafford on a regular basis these days as a matchday data analyst for Opta Sports.

“I enjoy it and it gets me to a lot of games at United, and at Manchester City, as well.”

In many ways, Roche’s career has come full circle, just not in the way he might have expected that night in Spain back in 2003.

This article was originally published in June 2019.