The mystery of Henri Saivet: Coupe de France to the reserves de Newcastle 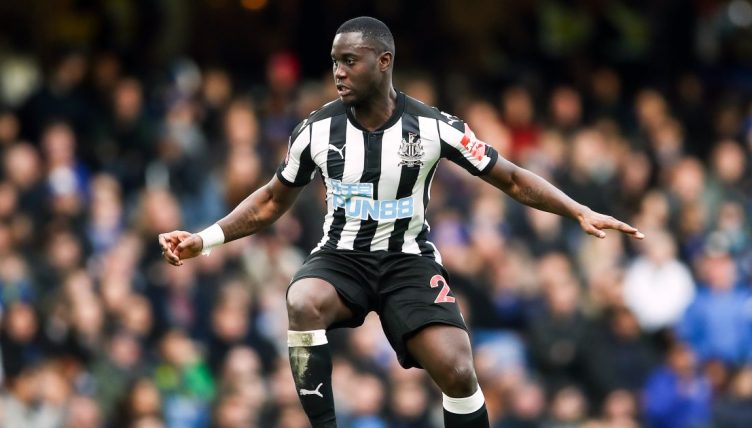 Once a hero of the Coupe de France, Henri Saivet can these days be found playing in front of a big Sainsbury’s in Middlesbrough. Is there still a player in there?

Henri Saivet hasn’t played a game of senior domestic football since May 26, 2019. For a 30-year-old once considered the next Thierry Henry, that isn’t very good.

Nor was that match a joyful occasion. Although Saivet’s temporary club, Bursaspor, won the game 2-1, they were relegated from the Turkish Super Lig due to results elsewhere.

Two months later, Saivet appeared on a much bigger stage, featuring for Senegal in the Africa Cup of Nations Final. Playing as a No.10, he was tasked with creating chances for his superstar team-mate, Sadio Mane, in order to deliver a first continental win for his country.

But Senegal lost 1-0 to Algeria, and Saivet hasn’t been seen since. Almost literally.

It’s a confounding situation. Saivet has been with Newcastle United since January 2016, when Steve McClaren signed him from French club Bordeaux for £5million. In Ligue 1, he’d been a teenage prodigy and then a dependable first-teamer.

Yet by all accounts, the transfer has been one of the Premier League’s worst of all time.

Saivet, who earns around £35,000 per week, played a few times during the tail-end of the 2015–16 season as Newcastle were relegated and has since been sent out on three separate loans.

He’s played in five league matches, costing Newcastle about £1million per game in transfer money alone, and for nearly two years now he’s been dutifully training with the club without any chance of first-team action.

Weirder still, in the last of his five league appearances, way back in December 2017, he made a massive impact, scoring a curling free-kick in a 3-2 win over West Ham.

What happened to you, Henri?

Random Goal Of The Day –

A 30-year-old among kids

Saivet’s last game of football — as in, the last time he took part in a match with a referee and no bibs — was more successful than his relegation in Turkey or his AFCON heartbreak for Senegal.

Playing in defensive midfield, he successfully protected his defenders and laid the foundation for a hard-fought 1-0 victory. Unfortunately, the opponents were Norwich City Under-23s.

That was in late March 2021, the last of four appearances Saivet has made for Newcastle’s reserves this season.

In another of those games, against Boro Under-23s, he was listed as a centre-back. However, having signed up for a Middlesbrough supporter’s account to check the highlights, we must report that Saivet was actually just plodding around central midfield in front of a big Sainsbury’s.

What’s worse, this mini-run of youth games is about as good as it’s got for Saivet over the last two seasons.

Somewhat heartbreakingly, Saivet had volunteered to be part of the 2019–20 team photograph despite not being given a squad number.

By the start of 2020–21, nothing had changed, with no pandemic-affected club willing to take a chance on the former starlet.

“Henri has been around the place since I’ve been here,” Bruce said in September 2020. “We try to treat him with respect, and he trains every day and is a good pro.”

When you look at Saivet’s dire situation, you can’t help but think about his standing back in 2007, when, at 16, he became the youngest professional player in Bordeaux’s history.

He made his debut in 2007–08 as one of three substitutes in a 2-2 draw, the other two subs also having North East connections: David Bellion had failed to light up the Premier League with Sunderland circa 2002, while Gabriel Obertan later had his own joyous adventure at Newcastle.

It was around this time that Saivet received a silly amount of hype. Billed as the next Thierry Henry by the French press, he was given the coveted wonderkid status on Football Manager 2008.

His performances for France’s Under-16 and Under-17 sides — before he chose Senegal — added to his reputation, and persistent rumours of a move to Arsenal followed over the next few years.

Yet it’s unfair to judge Saivet’s achievements against that early hype. Although the Senegalese didn’t become Thierry Henry, he was certainly no Cherno Samba or Fabio Paim.

By the 2012–13 season, aged 22, Saivet was an established first-team player at Bordeaux who could play in virtually any forward position. He scored nine goals in all competitions that year, with the best moment coming on the last day of the season.

Bordeaux faced Evian in the final of the Coupe de France, and Saivet scored a poacher’s goal in front of 77,000 spectators as his team won 3-2.

He made his international debut for Senegal a few months later and was a popular player at Bordeaux until his 2016 departure.

Perhaps the saddest thing about Saivet’s ‘failed wonderkid’ status is that, as far as we can tell, he hasn’t actually suffered a decline in ability.

Certainly, the goals have dried up, but that’s partly down to the player becoming a central midfielder after previously playing in attacking roles.

He hasn’t put on weight. He hasn’t adopted a party lifestyle. And although he’s trotting around with Newcastle Under-23s, he’s still more or less the player who lifted the French Cup with Bordeaux.

The proof is that less than two years ago, Senegal manager Aliou Cisse — once a player with Birmingham and Portsmouth — considered Saivet to be Senegal’s best attacking midfielder, picking him ahead of big-name players like Keita Balde.

If Saivet was currently playing somewhere other than the big Sainsbury’s in Middlesbrough, maybe Cisse would still think so.

After five and a half long years, the player’s contract expires this summer, and Newcastle will be glad to get rid of a drain on their resources. In fact, the “respect” Bruce spoke of having for “good pro” Saivet seemingly expired a few months ago.

In January 2021, with one spot available in his 25-man Premier League squad, the manager selected another exile, winger Christian Atsu, and twisted the knife while doing so.

“Well, there’s only him or Henri Saivet to choose from, so it was pretty straightforward,” Bruce said, cattily.

But you can’t help feeling that none of this has been the former wonderkid’s fault. He deserves a chance to reclaim these lost years of his career, and we sincerely hope a Ligue 1 club can give it to him.

Can you name Newcastle’s XI from their 3-2 victory over Barcelona in 1997?