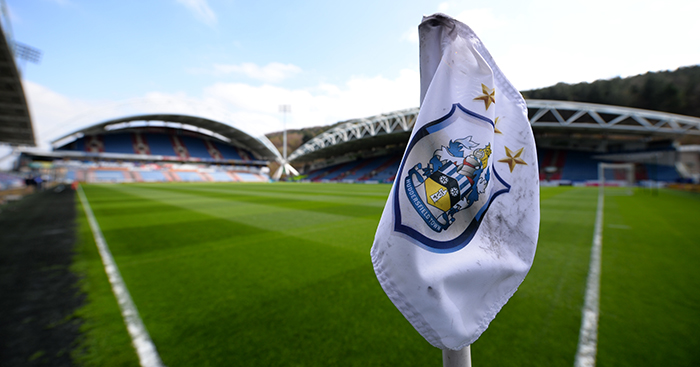 Everyone has a story about a super talented young footballer who never got signed – but an app which sends players’ data directly to scouts and clubs could change that forever.

It requires incredible talent, commitment and determination to make it as a professional football player, but also a certain amount of luck.

Play well for the right team in front of the right scout and you could be invited for trials at a club’s academy in no time – but there simply aren’t enough scouts to catch every talented youngster plying their trade around the world every weekend.

Plenty of potentially brilliant players slip through the net once in the academy system, but plenty more still never even make it into the net in the first place, simply never given an opportunity to showcase their ability in front of the right people.

Tonsser, an app with around 750,000 predominantly young players (13-19) on their database, is helping solve that problem.

Several of its users have earned contracts with professional clubs over the past few years, and Tonsser is now working directly with several clubs, including some in the Premier League, who recognise the opportunity to be made aware of good players at a fraction of the effort and cost of traditional scouting methods.

“We believe data can identify football players on so many levels and that empowers everybody,” Peter Holm, CEO of Tonsser, says.

“This is offering a way outside of the traditional route for players to be found, discovered and signed. We are offering it through an app.

Julius Eskesen of @Odense_Boldklub was one of the first users on Tonsser. Last week he was promoted to the @Superligaen squad of OB. 💪🎉 pic.twitter.com/ph1wc5GWQv

“I believe we are going to see a big switch in terms of what technology is available – it is coming more and more in terms of football – and how you can turn the model upside down.

“Right now you see a lot of clubs creating their own internal databases, which demands a lot of work, even for the biggest clubs, and which is super expensive.

“That is why you see some clubs not having an academy, but they do not end up buying players until they are 18, 19, so whatever the level, you are looking for a competitive advantage, to find players before another club.”

Tonsser has recently started working with Huddersfield Town to help them find emerging talents in Denmark, a country they have not previously been scouting despite having three Danes in their first-team squad.

Holm says: “You can give a competitive advantage to clubs who don’t have the resources to cover an area where there is a big pool of talent, like Huddersfield’s case, but I also see it for the bigger clubs because even though you do have resources and scouts, it is very manual and you can’t be everywhere at the same time.

“Huddersfield have three Danish players, Philip Billing, Zanka [Mathias Jorgensen] and Jonas Lossl, in the starting 11, but they don’t have any scouts looking after Denmark.

🇩🇰 Confirmation that #htafc duo @JonasLoessl & @mzanka are in the latest Denmark squad for upcoming international matches against Wales and the Republic of Ireland (DTS) https://t.co/YSmOvv3oFb

“You see this in many clubs because it is so expensive to have scouts that have to cover regions and they have to have enough information at hand and matches are played at the same time so it is really difficult for scouts to be efficient and recommend players.

“So what we are offering clubs like Huddersfield is an extra layer of information so they know where to look and how they can optimise their scouting.”

New way to get spotted

Data analysis is a major part of clubs’ scouting strategies for their first teams nowadays, and Tonsser’s website asserts ‘the fate of aspiring footballers shouldn’t be determined solely by the gut feeling of managers and coaches’ either.

Instead, Tonsser can bring players to the attention of clubs courtesy of their data. They will still have to impress a scout at some point, of course, but Tonsser vastly reduces the chances of a young player with a genuine chance of turning professional not even getting that opportunity.

‘Way too often, great achievements go unnoticed,’ the website adds. ‘For the football players to be in control, they need their own football identity.

‘That’s why we’ve built an app empowering football players to showcase their achievements and determine their success.’

Within one year 17yo Jonas Andersen (@Vejle_B) has gone from playing amateur football to scoring in his under-18 national team debut. 🇩🇰 pic.twitter.com/SSb56zg8zh

In 2018, Tonsser launched their ‘Undiscovered’ campaign in five European markets, promising to get the app’s top players exclusive trials across Europe.

And in April the campaign enjoyed its first major success story when Red Star of Paris in France’s Ligue 2 agreed to trial 75 players from the app’s database and subsequently signed four of them.

“Before the trials, we were sceptical about the fact that Tonsser could find players only with their data, without observing them the old-fashioned way,” Sébastien Robert, Red Star’s technical director told Sport Techie. “But the quality of the players was better than our own detections.”

Holm explains: “We wanted to go out of the ordinary ways of finding talent where scouts find players, but instead players have the ability to win a trial at a pro club.

“We made this trial public in the app and 75 players that were close to the DNA of what Red Star was looking for, unsigned players, based on performances and data were selected for the trial.

“Through the trial which was two days, they were playing in the stadium of Red Star in front of all the technical directors of Red Star, being measured in different ways. After, Red Star decided to sign a few players.

“You create an event on Facebook or what it is you do on other products. In Tonsser you create a trial and we would like to see 16-year-old wingers that fit these skills in terms of short passing and shooting.

“You can pinpoint the DNA and then it will only be these players who tick these boxes who can see the trial. Or it can be fully open if you prefer that.

“The product allows you to say we are looking for players within these segments, or levels, or gender. You are creating a platform where players and clubs can meet.

“I think in football there are so many projections, so many tipping points and what you can do with transparency is empower people to come back for one reason or another and make sure they don’t completely drop out so I think there are different scenarios.”

A young footballer must jump many hurdles to make it as a professional, and there will always be stories of talented players who fall at one of them. But at least Tonsser can make sure they get on the track to begin with.