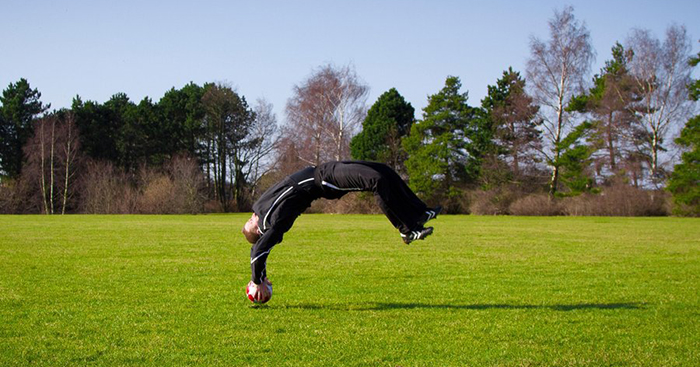 Liverpool have hired professional throw-in coach Thomas Grønnemark – and the Dane reckons he can help clubs score up to 15 more goals a season.

Throw-ins are just a boring necessity due after the ball crosses the white line, right? Opposition defenders are happy to concede them, and unlike corners and free-kicks, throw-ins prompt no excitement from the crowd.

Despite the famous success of a Rory Delap-powered Stoke City side under Tony Pulis and various other outliers, long throw-ins are still viewed with scorn in England.

The sight of Delap wiping the ball with a towel and preparing to launch the ball in the box was a novelty, in spite of its effectiveness. In the 2008-09 season Stoke created 53 shots and scored eight goals in the Premier League from the ploy.

Iceland have utilised former handball player Aron Gunnarsson’s throws on their meteoric rise. Even Atletico Madrid, widely regarded as one of the best-coached sides in Europe, have previously experimented with the idea.

So if there’s proof it works, why don’t we take the tactic seriously?

That is a question Thomas Grønnemark has thought a great deal about. The Dane has been interested in the skill since childhood and has dedicated the last 14 years of his life to perfecting the humble throw-in.

It’s fair to say he’s mastered the art. Grønnemark is the world record holder for the longest throw-in, using the eye-catching flip technique to achieve a staggering distance of 51.33 metres in 2010.

Grønnemark grew up playing football before moving onto sprinting and dabbling with bobsleigh. It was during this time that he had an epiphany – but not the type the word is usually associated with.

He explains: “In the middle of the bobsleigh period in my life I suddenly thought – and I don’t know if it was after a crash or not – ‘Hey, if I could make a long throw-in myself when I was a footballer, couldn’t I teach others to do it?’

“I went down to the library to find a book about how to make better throw-ins but I didn’t find anything at all. On YouTube there wasn’t anything serious either, so I made my own throw-in course.”

Fast-forward 14 years from that possible bump on the head and Grønnemark is a professional throw-in coach, teaching players how to maximise their potential.

Working with Danish Superliga clubs FC Midtjylland and AC Horsens, and as of 2018, Liverpool, Grønnemark uses analytics and video analysis to school players in better technique, body shape and flexibility.

The results are there for all to see. Fans of Southampton and Manchester United will recall Europa League defeats at Midtjylland in 2015 and 2016 respectively, with long-throws featuring prominently.

“FC Midtjylland have showed that the long throw-in can be a weapon, if you can do it with the correct technique, precision and tactical awareness,” Grønnemark says.

“It’s very important that it’s a flat throw-in, because if it’s too high it’s easy to defend. If you can make a long throw-in precise and flat, together with some tactical aspects, then it’s much easier to score.” 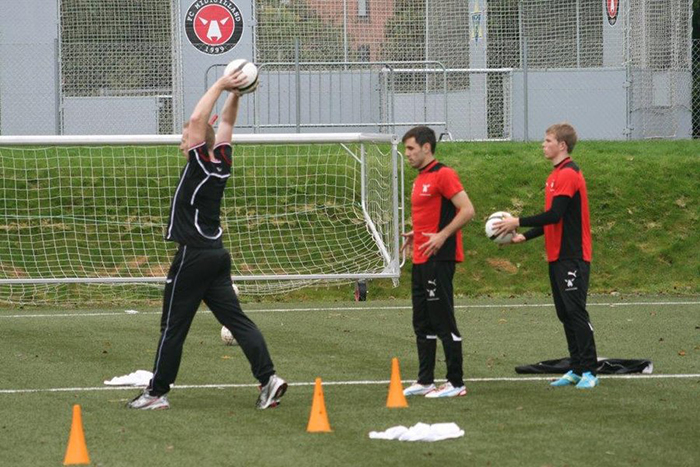 However, his mission is not just about launching it into the penalty area.

There are between 30 and 50 throw-ins in a typical match, and sides lose possession 50% of the time from these pressurised situations.

Therefore tweaking technique and maximising the distance a full-back can throw offers a greater array of options from the touchline and increases the likelihood of retaining the ball.

“It’s very easy to learn,” Grønnemark says. “Some players I’ve worked with have improved by five or 10 metres, but some I coach have reached 14 metres more.

“For example, Kian Hansen of Midtjylland, he improved from approximately 30 metres, but it was very high, to a flat 36-metre rocket-like throw in only one 45-minute session and I think he has assisted 30 goals in the last three years or so.”

Midtjylland and Horsens managed a whopping 20 goals between them this season from long throw-ins alone.

Their success shows long-throws can work for any side: Midtjylland won the Superliga title, while Horsens have overachieved on the second-lowest budget in the league.

Still not convinced? Grønnemark points to the goal Barcelona conceded to Manchester United in the 2011 Champions League final as evidence for his cause.

With Barca 1-0 up at Wembley left-back Eric Abidal re-starts play with a throw inside his own half, but his poor technique results in a lost ball and an equaliser within seconds.

“That’s the best proof that even very technical teams are afraid of throw-ins,” Grønnemark says.

“They need to at least have full-backs who can make long throw-ins. It will help them create space and start counter-attacks, as you can’t be offside from a throw-in.”

Set pieces account for 25-33% of goals over a season yet are still comparatively under-trained, with some sides spending just 15 minutes a week on them.

Throw-ins don’t even get that much attention. They aren’t considered worthwhile practising – full-backs are simply expected to pick it up. That’s despite Grønnemark estimating that 12-15 goals could be eked out from them per season.

So why aren’t more clubs taking advantage of such a low-risk, high-reward idea?

“I think football is slow to progress compared to other sports,” Grønnemark says.

“It’s not that long since we introduced physical coaches, but they had them in handball and basketball long before. But now we can look at a lot of analytics on set pieces and it’s coming on more and more.

“The challenge with throw-ins becoming more influential at a club is that people think you have to play like Stoke did with Delap.”

Grønnemark’s work proves that is not the case. And while there are plenty of struggling sides who could do with another weapon in their armoury, it is teams at the other end of the scale the Dane highlights as potential throw-in converts.

“Manchester United or Chelsea, who are physical teams but also have good technical players, could really benefit from them.”

Watch this space. The throw-in revolution is coming.