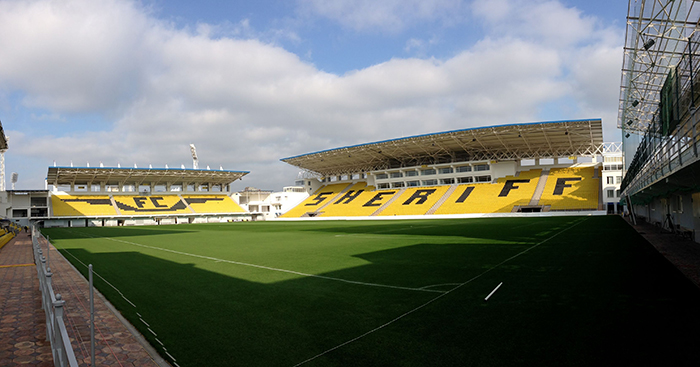 The Republic of Moldova has had a short and potted history. Impoverished, ignored and unexplored, it is a backwater in every sense. Yet in football, as in life, it is in just such places where the greatest intrigue is often to be found.

In March 1992, in the provincial city of Bendery, armed conflict broke out between a nascent, improvised Moldovan military and a Russian-backed militia claiming to represent the self-declared but unacknowledged Pridnestrovian Soviet Republic.

The land east of the ancient Dniester River thus separated itself from Moldova, declaring allegiance to the Russian world and ushering in three decades of awkward state building inside of a political and economic vacuum.

And though obscure and largely unknown to the world much beyond its borders, the would-be state known as Transnistria has produced a significant international export.

FC Sheriff were founded in the Transnistrian capital, Tiraspol, in 1997, and within four years had taken the Moldovan football league in an iron grip. It took one year to win promotion from the second tier, where the club was parachuted to upon its formation, and two more to acclimatise to the Divizia Nationale.

In that brief window, a moment of hope appeared in the lopsided history of Moldovan football. The republic’s traditionally dominant team, FC Zimbru, who had been a flag-bearer for the country during the Soviet era with a clutch of solid if unspectacular finishes in the Soviet Top League, had during the 1990s begun to entrench their hegemony over the division.

Title successes that had come by just a handful of points in the early years after independence were beginning to stretch out to create much more comprehensive victories.

Until then, the Moldovan league title race had been propped up by the personal fortunes of two men: Nicolae Ciornii, a prominent entrepreneur who had been gifted ownership of Zimbru when the republic privatized its state assets, and Grigory Korzun, an eccentric textiles magnate with a penchant for collecting unusual bottles who funded their main rivals, Tiligul Tiraspol.

By the late 90s, Korzun’s finances in a post-Soviet economy were becoming stretched, and Tiligul’s star was waning, driving them down the Divizia Nationale and out of title contention.

The arrival of Sheriff in the top flight promised to breathe fresh life into a league lacking excitement, and offer stiffer competition to the grand heritage and deep pockets of Ciornii and Zimbru. In 2000, the two teams went neck and neck in a title race that went to the wire, eventually finishing just a point apart as Zimbru pipped the new pretenders at the last.

But instead of ushering in a new age of competition, the 1999-00 season also marked the end of an era. It was to be Zimbru’s last Moldovan league title.

The process of ‘regionalisation’ that occurred across the states of the former Soviet margins – the redistribution of resources, power and influence from the republican capital cities to the regions (see the shifting balance of power in Ukraine from Dynamo Kyiv to Shakhtar Donetsk, in Romania from Steaua Bucharest to CFR Cluj, and in Bulgaria from CSKA Sofia to Ludogorets Razgrad for a contextual analysis of the way Eastern European football has altered since the end of the 1990s) – was now underway. 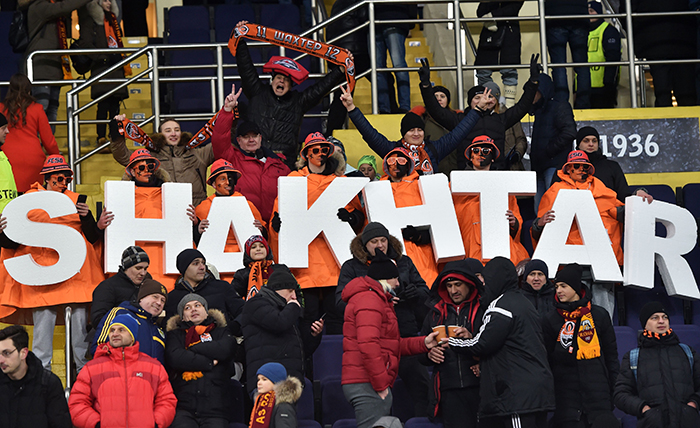 READ: ‘The situation is too dangerous’ – The story of Shakhtar’s four years in exile

There have followed 17 league titles in 19 seasons for the club from Tiraspol. The infrastructure of the club has expanded such as to make a sham of Moldovan league football, and the club’s business model operates on an entirely different level to anything dreamed of by Sheriff’s rivals.

The Sheriff Stadium complex was completed in 2002 at a cost of around $200million. For context, no other club in Moldova (aside from Zimbru) owns their own stadium or training facilities, instead renting their tiny arenas and training pitches from municipal authorities.

The rationale behind this bellicose empire building, when in truth there seemed to be very little fertile territory to conquer, has been to do with ambitions beyond the borders of little Moldova.

Owing to an agreement reached during the early weeks following the military conflict in 1992, clubs from the breakaway Transnistrian region are full members of the Moldovan Football Federation (FMF), giving them access to UEFA’s European club competitions.

Owing to their domestic dominance, Sheriff have a had a virtually free run at the Champions League qualifying rounds during the last two decades.

Shkendija holds on to edge Sheriff 1:0 on aggregate over two games.

Shkendija moves on to face Red Bull Salzburg🇦🇹 in the third qualifying round of the UEFA Champions League. pic.twitter.com/VQdblwFn43

It was hoped that, in building the stadium and training complex, clubs from neighbouring Ukraine and Russia would make regular trips to Tiraspol for training camps and friendly tournaments, creating high-profile rivalries that would raise the profile of the club internationally.

At the same time, an exotic squad of players from South America, Africa and Western Europe was assembled, in the hope of ratcheting up their value and selling them on to clubs in wealthier neighbouring republics.

The club’s situation has been further complicated, and ultimately exacerbated, by the peculiar political circumstances that are central to their existence.

The club is owned by the Sheriff Corporation. The company appeared in Tiraspol in 1993, and grew rich and powerful overnight, taking over already-existing and lucrative contraband channels, while at the same time negotiating ludicrous tax breaks with the Pridnestrovian Soviet which excused them from paying any excise on what they brought into the country and sold.

The result is that the corporation has become virtually untouchable in Transnistria, and dominates not only economically but also politically. That dominance is mirrored on the football pitch.

In 2019, it takes less than 45 minutes at one of FC Sheriff’s home fixtures to see the consequences that two decades of moribund dominance has had here.

Sheriff Tiraspol is a club sleepwalking. Their Moldovan league titles number almost the same as the seasons they have spent in the division, yet this is a place drained of atmosphere. Whatever thrills may have been felt when the club won, say, the first five of its 17 titles burned out a long time ago.

The grand intentions of the owners, to create great rivalries with clubs across the Russian-speaking world and to produce a factory of international talent in order to pepper Eastern European football with future world stars have long since run out of steam, leaving behind a bloated monument to a rinsed ambition.

Meanwhile, the domestic league flags and splutters, doing little other than survive from season to season.

Of the 10 teams that competed in the Divizia Nationale in the 1999-00 season, only three still exist in 2019. One of them, Olimpia Balti, were relegated from the top flight last season, leaving Sheriff and Zimbru as the only two teams to have survived the last two decades in Moldova’s top league.

It is strongly rumoured here that Ciornii is preparing to withdraw his patronage from Zimbru. The magnate has been selling off sections of the lucrative land owned by the club in downtown Chisinau for years, and it is no secret that the club is desperately seeking new investment.

If Zimbru go to the wall, it will leave Sheriff as the only club in the Moldovan top flight with a history of more than a couple of years in the league.

If there is any cause for hope here, it is to be found in Bendery, on the very spot where the battle for Transnistria’s independence was waged. Here, fresh investment from the central government in Tiraspol has revived the city’s football club, FC Tighina. A multi-purpose stadium in the heart of town has recently been renovated and made ready for Tighina to make an assault on reclaiming their long-since relinquished place in the Divizia Nationale.

But the scars of the past still linger. Former Tighina player Alexandru Korzun meets me at the stadium to talk about the city’s renewal. Instead, he shares a traumatic tale of the day war broke out here.

“We were trapped for three days in the basement of a hotel just near the river,” says Korzun. “We had met up as a team to prepare for a league match, but once the shelling started, we became trapped.”

A former coach at Tighina, Yuri Khodykin is still too affected by the things he saw nearly 30 years ago to share much detail.

“We saw the tears in the children’s eyes,” he says mournfully. “That was why we took arms to defend the city. For our children.”