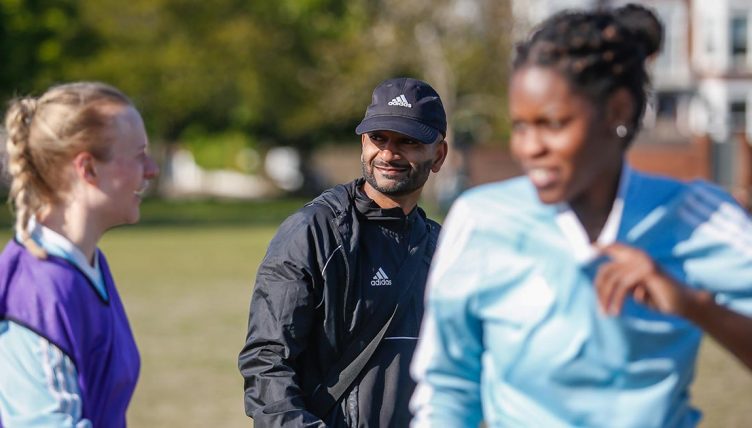 We have teamed up with The Grassroots Post to champion the best of grassroots football. In this feature from Issue 6, Tayyiba Yunus speaks to the inspirational pair behind the Ladies Football Academy in Clapham.

In each issue of The Grassroots Post, FotMob are sponsoring a feature on inclusive and inspirational grassroots stories and assisting in their development by providing equipment vouchers to these special football clubs.

Drive past Clapham Common on a Saturday and it’s impossible to miss the Ladies Football Academy (LFA) in action, with well over a hundred women attending the club training sessions throughout the day. Sessions run from early in the morning into the late afternoon for all abilities.

The LFA setup was established in 2014 by Suresh Shan and Rishi Gujjalu. I speak to Suresh as he arranges a set-piece drill for one of the teams he coaches. He has been involved in women’s football for close to sixteen years and, as with most great things, his journey started off totally unplanned.

“A friend of mine was coaching a group of girls. I was an injured player at the time and he needed someone to cover a session so I just went to fill in for him. We ended up taking the group from these sessions to eleven-a-side football and eventually developed two teams from it.”

Development is a priority

There have been some great success stories since then to talk about, but Suresh takes pride in developing players no matter what level they’re at.

“We have a player who started with us at sixteen and six years later signed a pro contract. (But) with the LFA, the most important thing for us is we develop our players, regardless of whether they’ve never kicked a ball before or if they play at an elite level.

“Development is a priority for us. It is also incredible that this club brings together players from all walks of life who play football with confidence, enjoy the game and have created a social aspect beyond weekly football. There is a family feel to the club.” 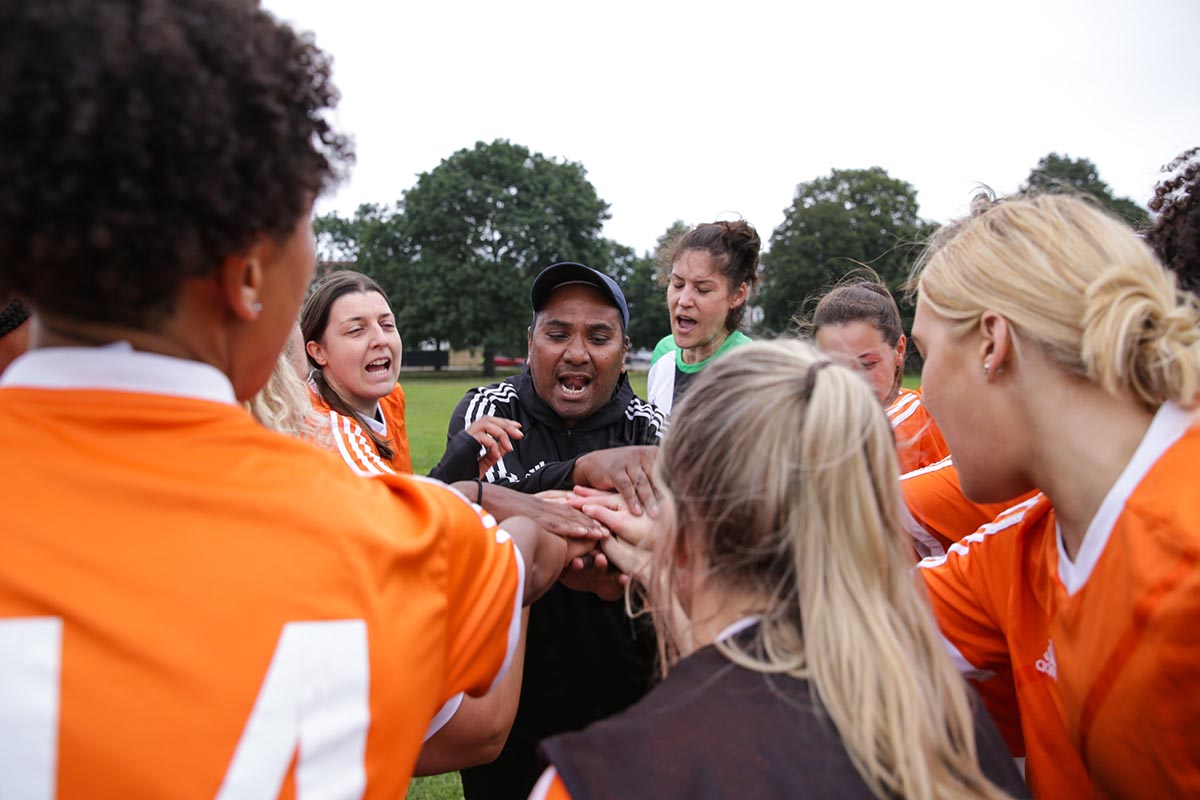 LFA defenders Sam and Jay are both part of the aptly named ‘8am squad’ and, like a lot of the players, found the club after a search on Gumtree for women’s football.

Sam has been involved in football her whole life and recalls how much women’s football has changed in the past 10 years: “It’s much easier for girls to find a place to play football now. When I was in Year 7 I had to start a petition to convince my school to give girls the same opportunities as boys’ football at the school.”

Gem, resident TGP photographer and a winger for the LFA Clapham team, adds that she “loves to see ladies of different ages and abilities come together at the LFA, united by football. We don’t take each other seriously and we love that.

“We love the team spirit and culture. There isn’t a pressure to turn up every week. We have picnics after games and go for socials which is great to meet players from our other teams. Suresh and Rishi somehow know everyone’s names. They never criticise and actually encourage us to make mistakes.”

An alternative to Sunday League

Suresh and Rishi sum up the gist of grassroots football when neither of them want to even estimate how many hours they invest into running the club. It’s inspiring to hear about the fruits of their efforts and how much the players look up to both coaches on a personal and professional level.

Of all the work the pair have done with women’s football in South London, perhaps the most impressive is the establishment of the Clapham Women’s Saturday Football League, which the duo started in 2017. Suresh and Rishi explain how the league was created as an alternative to Sunday League football.

“With Sunday League, the players struggle with travelling to different locations and committing to games every weekend. Teams struggle with administration, finances and putting together a full squad every week, especially during the winter season. We started the Clapham Women’s Saturday Football League to provide a high-quality platform for teams to play in a structured, competitive environment.” 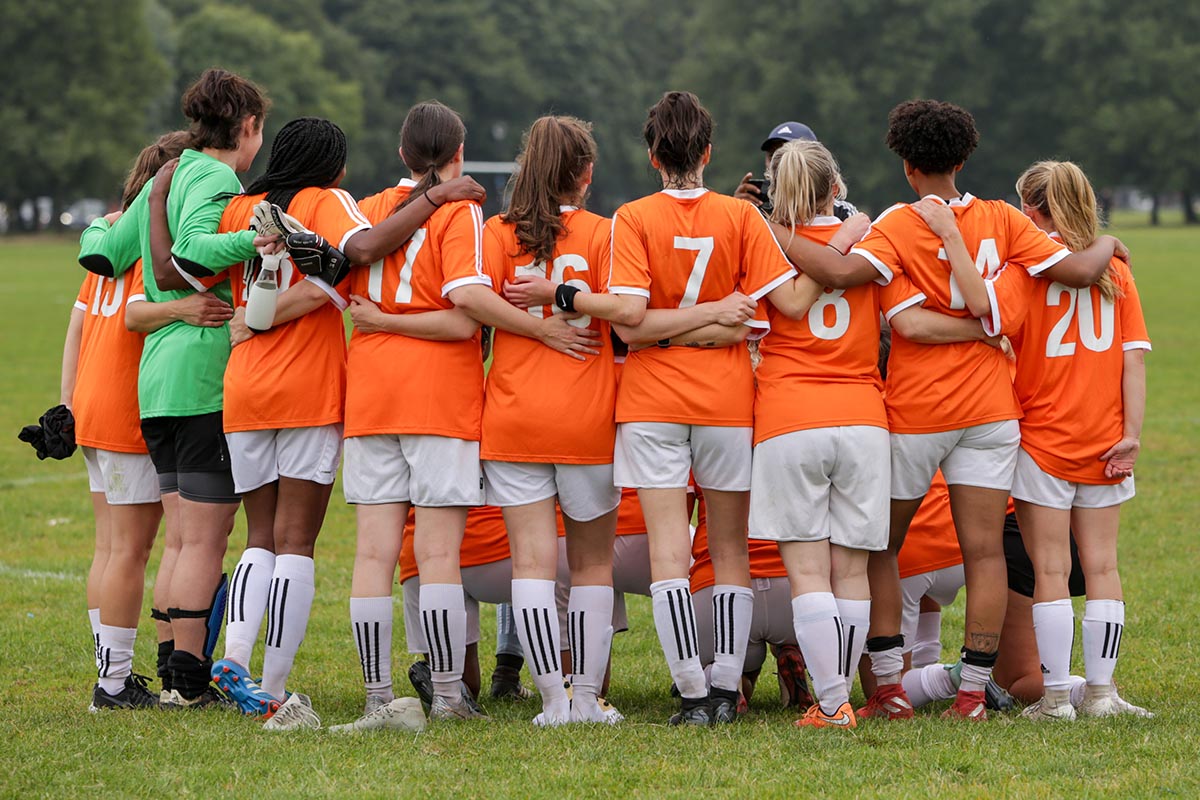 Teams across London travel to Clapham Common to play in the Clapham Women’s Saturday Football League. There are three divisions catering to different abilities and all are “competitive, with very high standards of football”. The aim for Suresh and Rishi is to continue its development with further divisions, using the league to help develop players and eventually expand the Saturday league to different locations.

“The teams appreciate the minimal administrative work and the level of competitiveness of our leagues. We have created a setup where games aren’t weekly and this means teams  aren’t scraping to fill their squads and it really supports the teams to grow.”

The Ladies Football Academy and the Saturday Football League are both incredible structures with dedicated, inspiring individuals are behind its success. Suresh and Rishi have truly created something special in Clapham, bringing together hundreds of women to both enjoy the beautiful game and develop as football players. Well done them.

FotMob is the essential football app. Scores, stats, news and more. Get the app on iOS and Android.

Mark Noble: I’ll play grassroots when I retire, I’m looking forward to it