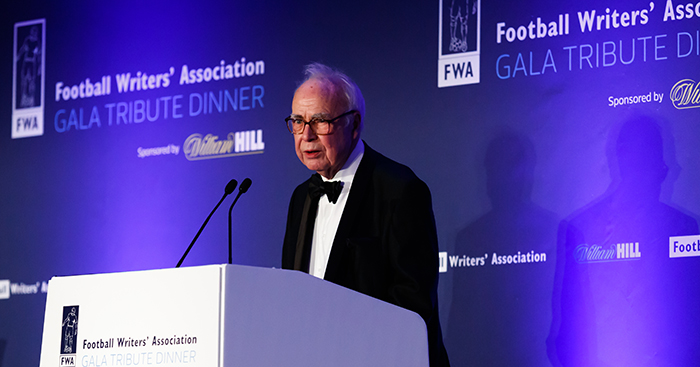 The speed at which football fans are able to get their news has changed beyond all recognition in our lifetime. And while this is unquestionably a good thing, it also comes at a great cost.

With little accountability online, a well-sourced, fact-checked news story can very quickly get lost amid a never-ending flurry of gossip, clickbait and regurgitation. Not to mention our articles about 90s cult heroes, animal pitch invasions, weird stuff on eBay, and all other sorts of irreverent nonsense!

Football supporters regularly complain about dodgy transfer rumours, misleading headlines, quotes used out of context and other tactics news websites use to generate traffic, but spare a thought for the journalists who put in the work to get an exclusive only for a hundred other sources to republish it, slightly rewritten, within half an hour, often to the point of the original source not even being credited.

It’s hardly surprising, then, that newspapers themselves – or at least their online versions – are as guilty of this as anyone. Why go to the trouble of constructing a story from scratch when a second-hand quote teased out via social media brings in vastly superior numbers?

This admittedly is a somewhat apocalyptic take on what sports journalism – and the media at large – has become and given that I am a relative newbie to proceedings I was intrigued to discover if veteran hacks from Fleet Street’s glory days were of the same mindset.

Christopher Davies and Norman Giller are two of the most experienced and highly-respected figures in the industry with decades’ worth of ink stained on their fingers.

A former chairman of the Football Writer’s Association, Davies worked for many years at the Daily Telegraph and latterly at the Sunday People. He is presently a European columnist for the Japan Times.

With @GuillemBalague whose Cristiano Ronaldo book was the football book of the year at the @sportbookawards pic.twitter.com/MJoS886k5q

Giller, meanwhile, was the chief football reporter for the Daily Express before turning freelance in the mid-seventies, and with over a hundred books to his name and prolific output for television it is easier to state what he hasn’t done after sixty distinguished years in the business.

Both continue to write because they will always write. Both remain avuncular presences admired by their peers. Crucially, both have embraced the modern means of media and can see the immense good that can come from it.

By gauging it against their pre-internet heyday, however, they can also see the very bad.

“Everything is read online now, isn’t it? When you wake up in the morning there is very little you know more before you go to bed.

“I think there are some really good websites and blogs with some excellent writing but for me one of the worst things to happen over the course of the past 20 years is newspapers going online.

“The standard there is absolutely appalling. All they want are hits and clicks, and these days I think you could get noticed by actually writing the truth.

“I find it an affront really to the profession, though I do have some sympathy for the kids doing it who are probably only 18 years old and writing to order.”

“The transfer stories are particularly beyond the pale, but of course you can never be wrong. I was always taught ‘could’ means ‘could not’ as well and ‘might’ means ‘might not’.”

“When I first came to Fleet Street, Alex Montgomery, who was the chief football writer for The Sun at the time, told me that each season there will be six stories worth getting.

“Real exclusives. By exclusives he meant when you write ‘will today…’ and nobody expected it to happen and then it does happen.

“Nobody got the story about Kyle Walker starting for England a while back as part of a back three. Nobody got that. If you or I had been able to say ‘Gareth Southgate will play Kyle Walker in a back three this week’ that’s what I would call an exclusive. Nobody expected it to happen and it happened.

“These days exclusive are merely quotes lifted from other magazines. Newspapers don’t have exclusives now. If I’ve got a story that Wayne Rooney has broken his leg in training you put it online and you’re essentially putting it on PA.

“In the old days you used to spoof a story and keep it until the last edition. These days it’s a boast to have it up two minutes before the Mail.”

Walker set to play in England's back three in Holland. 198 caps between the starting line-up tonight https://t.co/QXurKF7x88

“I think back and wonder how we ever got our match reports over, on copy without any Google.

“I can remember when we used to have to go down to the library at the Daily Telegraph and look for envelopes for Bryan Robson or Ray Wilkins, but these days of course you just Google the name and they’re there.”

“When I started out on the Telegraph, myself and one or two others were the first to go to the club on a Friday to training grounds. In the early eighties no-one used to bother doing that.

“No matter how hard the access is you should still work to build contacts. Go to junior games and under-21 games. Get to know Harry Kane when he’s 17 because he will stay a friend.

“The same goes for managers, and what I find is that they won’t give you stories about their own club, but they will about others.”

“I’m very pessimistic because just look at the circulations. If you maintain your circulation you’ve done well. We’ve lost newspapers, the Independent for one. The Sunday Mirror and Sunday People: you wonder how long those two can survive.”

“When I came into journalism on the late, lamented Stratford Express in East London in the mid-50s I worked with veteran reporters who used to send their match reports to the office by homing pigeon.

“In my day we could tuck a story in a drawer and produce it when we knew there was space in the paper. It was nothing unusual to hold a story back until it was convenient to you rather than the reader.

“Being an opinionated oaf, I tweet a lot and marvel at how I can be commenting literally within seconds of a breaking story.”

What a night for it all to come together, Gareth. Your agent Jonathan is going to be inundated with offers. You would be very welcome back at #Spurs where Maurico Pochettino (and Harry Kane) would be right up your street. Good luck whatever you decide from all #Spurs disciples https://t.co/yxmfmtPox1

“Well-trained journalists do the digging and then the moment their words go online couch experts jump in with opinions based on little knowledge but a lot of attitude.

“The ‘expert’ journalists are heavily outnumbered and their facts are often submerged beneath a sea of nonsense from people firing from the lip without any depth of understanding of the subject. Careful, you are bringing out the Victor Meldrew in me.”

“It has led to a worrying demise of journalistic standards. Donald Trump calls it Fake News, and I see examples of it every day in the sports world.

“Journalists who forget their check-and-double-check training (if they had any) put rumours online as fact and it is just to grab attention and clicks.”

“I consider myself so lucky to have been a sports writer in an era when we were treated with respect, and I would hate to have to battle for my headlines and deadlines (title of my autobiography!) in today’s world of instant news.

“I have tired-looking contacts books at home that include home telephone numbers for every major sports personality of the 50s and 60s. I could ring the likes of top managers Matt Busby, Bill Nicholson and Bill Shankly at home and be treated civilly.

“As for the players, we were their scouts seeking out refreshment places for after-match drinks on trips abroad. Then we would enjoy adventures together on the one understanding that nothing was ever reported.

“The biggest curse on football was the emergence of the agents in the 70s. Suddenly they were a barrier between the player and the reporter. It all been downhill since.”

“I am on record as saying that I am convinced my youngest grandson (he is 10) will never ever buy a printed newspaper.

“On the bright side, it has never been easier to get your words read, but the trick is earning your daily bread from your sentences.

“As a 45-year freelance with 107 books to my name I am still learning (rather than earning).”