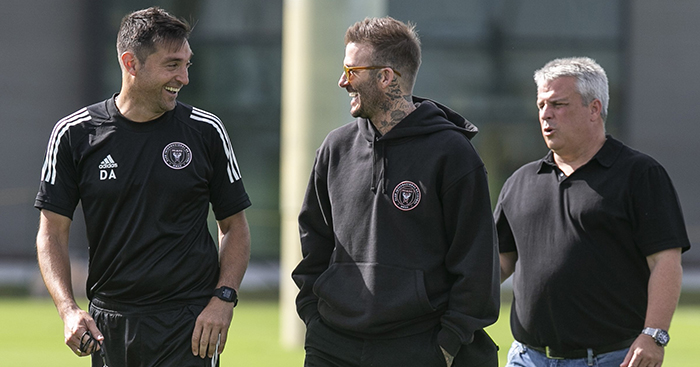 For most people, the chance to walk into new MLS side Inter Miami, part-owned by David Beckham, as assistant manager to two-time CONCACAF Champions League winner Diego Alonso would be the opportunity of a lifetime.

While it is definitely that for Bristol-born Anthony Pulis, it’s also the product of eight years hard work in the USA since making the rare and unlikely move from Aldershot Town to Orlando City, not your everyday transfer.

Son of former Stoke City manager Tony, Anthony followed his father around for a while when a youngster at both Portsmouth and Stoke, before going it alone and eventually spending the majority of his playing career in the lower leagues.

It was in 2011 that the opportunity first came up to move his life across the pond, when Orlando were a USL (United Soccer League) side managed by another former Stoke City player in Adrian Heath, now manager of MLS side Minnesota United, and owned by a former Stoke director in Phil Rawlins.

“I’d had some previous history with Phil Rawlins and I knew of Adrian who was head coach at the time,” recalls Pulis.

“There was a chance in 2011 and I decided against it. Luckily, the chance came up again in 2012 and I was at a point where I had to ask myself the question, ‘do I want to stay and spend the rest of my career in the lower leagues or did I want to try something new?’

“It was a project that really excited me at the time and it was a place I knew well as we used to go there on holiday quite a bit when I was a kid with my family.” 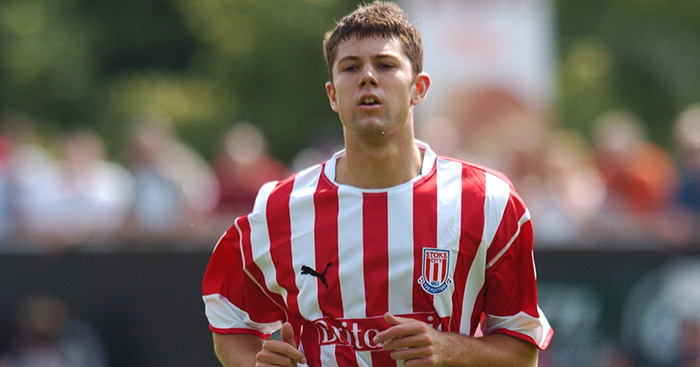 It also gave Pulis the first opportunity to follow in his father’s footsteps as he took on the role of player-coach during his three years playing for Orlando, where he won one USL and two cups before retiring in 2014 and becoming a full-time coach.

“I knew soccer over here was growing and I didn’t want to regret turning it down a second time.

“I came over here with an open mind and within a few months me and my wife were made to feel really welcome and for me, wanting to be a coach, I knew there would be good opportunities out here and here I am now eight years on. My two children were born here, we class this as home now.”

After several more years with the Lions, Pulis moved onto Saint Louis before being approached to join Alonso’s technical staff as Inter Miami prepared for their debut MLS season, ensuring a move back ‘home’ to Florida.

“I had a call from Paul McDonagh [Inter’s Sporting Director] originally and he told me the plans and how they wanted a domestic-based coach to join their technical staff,” says the former Wales Under-21 international.

“I’ve been coaching now for five years and four of them have been as a head coach, so it’s a slightly different role, but one I looked at as a chance first and foremost to learn and grow as a coach and secondly to work under Diego.”

The involvement of the likes of McDonagh, who was previously vice-president at Atlanta United, a team that won MLS in just its second year in 2018, and Alonso who won the CONCACAF Champions League first with Pachuca in 2017 and again with Monterrey last year, shows how serious the operation is and not just a mere vanity project for Beckham and co.

The club will play its games in Fort Lauderdale until their own purpose-built stadium, Miami Freedom Park, is ready in time for the 2022 season, another signature note that the club is serious about what they’re doing.

Your ⁦@InterMiamiCF⁩ stadium on a beautiful afternoon. Thanks to the Lockhart construction team for their work!! Kickoff March 14th👍🏻 pic.twitter.com/olXotdI1WH

Alonso, Pulis and co. have assembled a multi-national squad with some familiar names to MLS fans such as Juan Agudelo and former LA Galaxy defender A. J. DeLaGarza, while Scottish midfielder Lewis Morgan has arrived from Celtic.

With all the talking and planning said and done, Pulis is now raring to get underway as he prepares to travel to the other side of the country with the team.

“For all of us now, we’re really looking forward to the opener against LAFC,” he says. “For the front office staff who have been here a long time, I’m sure it’s a real exciting time for them because they’ve put a lot of work in behind the scenes which hasn’t gone unnoticed and now it’s all starting to come together.”

Pulis says Beckham has taken a back seat role as the team focus on preparation for their MLS opener but admits the high-profile nature of those involved will add extra pressure and scrutiny, even if expectations have to be realistic within the camp.

“It’s difficult for me to say,” he says of expectations moving forward. “What I will say is that because of the people involved the expectations are going to be really high, which means there’s pressure, but as players and coaches at this level you have to relish that pressure.

“At the same time, there has to be some perspective. I think it’s very, very difficult as an expansion team to throw good players together, to throw staff together and expect a certain level of success straight off the bat.”

He adds: Everyone inside the club is holding themselves accountable to a really high standard and we take every day as it comes. I know everybody on the outside will have expectations and rightly so, but we just have to manage those correctly.”

It’s a new journey now for Pulis and while he admits his father was and remains a “huge mentor” of his, he’s keen now to forge his own reputation and believes being in the USA has helped him do that to an extent already.

“I’ve been preparing for this since I was about 23, 24,” he says. “I knew I wanted to be a coach. I took notes on sessions, meetings, different tendencies different coaches had. What I liked, what I didn’t like, so I knew what kind of coach I wanted to be.

Pulis is also appreciative of how quick the sport is moving on alongside him as he continues to pursue his dream of coaching at the top, with MLS going from strength to strength ahead of a new season which will also see Nashville join the league.

“If I compare soccer now to where it was in 2012, it’s night and day. You look at teams in both leagues, and it’s important to mention USL because that’s where I got my feet wet as a coach, there’s a lot of new teams. There are good owners willing to spend money on good facilities.

“You look at MLS now and Atlanta, LAFC, Minnesota, ourselves, Nashville and Cincinnati, all new clubs who are trying to do things properly. Building new training grounds and stadiums, building local support and owners who are willing to put their money where their mouth is.

Everything that happened during Thierry Henry’s first match in Montreal