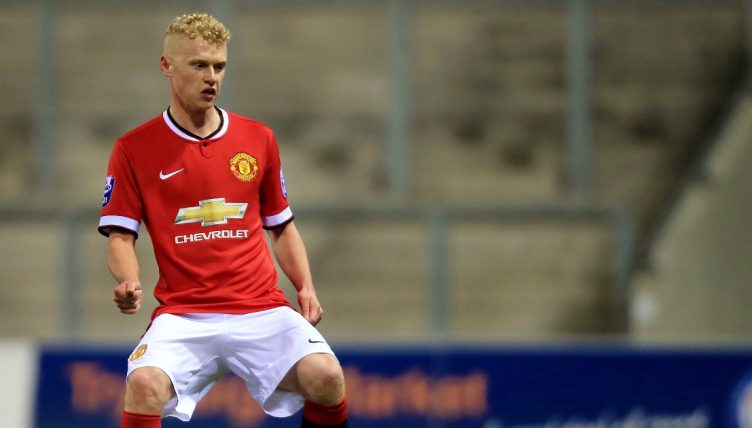 Every Manchester United supporter remembers the day Marcus Rashford burst onto the scene.

It was February 2016, and the future England star scored twice on his Premier League debut to give United a 3-2 win against Arsenal at Old Trafford, confirming his promise three days after scoring another brace in a Europa League victory over Midtjylland.

That win over Arsenal is also remembered for Louis van Gaal famously throwing himself to the ground on the touchline to protest what he thought was a dive from Arsenal forward Alexis Sanchez.

As a result, lost among all that drama was the fact that academy graduate James Weir made his one and only first-team appearance for United.

Local lad Weir replaced Ander Herrera five minutes into added time, playing just 60 seconds as his side held on for the three points.

More than five years later, Rashford has become a household name after establishing himself as a Manchester United and England star and tirelessly campaigning against food poverty among children.

But Weir, who shared digs with Rashford during their time at Old Trafford, has forged his own path.

Most recently, he spent a year with little-known Slovakian club Pohronie before signing for the top-flight Hungarian side MTK Budapest, whom he joined in May.

“It would have been nice to have played for longer in the first team but being at United was an amazing time in my life,” Weir says.

“I can tell my children and grandchildren that I played for Manchester United in the Premier League – although I may not mention the one minute bit!”

Weir was raised in Preston and signed for his hometown club as a 10-year-old, having been scouted playing for his Sunday league team. Three years later, he joined United after impressing coaches during two youth-team games against Preston North End.

Weir moved to digs in the Manchester suburb of Sale, attending the local Ashton-on-Mersey School, whose alumni include Rashford, Gerard Pique, Paul Pogba and Jesse Lingard.

Among his housemates were recently-appointed Derby County captain Tom Lawrence and Paddy McNair, who is now at Middlesbrough.

“Dad was pushing me to live in digs, but that was probably so he could save himself some petrol, instead of driving me from Preston every day,” Weir laughs.

“It was hard to leave home at such a young age, but it was the best thing for me. I did miss my family, but I was alright once I got into a routine.

“Marcus is a couple of years younger than me, so he came to live in our digs a while later. We used to play FIFA together. He is just a nice, normal lad from Manchester.

“We all knew he was the top one in his age group and that he was always destined to reach pretty good heights.”

Weir, now 25, came through the ranks at United, captaining the side at various age groups and winning international recognition with England’s Under-16s and Under-18s.

He trained with the United first team under Van Gaal’s predecessor, David Moyes, but became a more regular fixture among the senior squad once the enigmatic Dutchman had taken charge.

“Van Gaal was much more about tactics and you had to really concentrate,” he says. “He did blow up now and again, but he always told you things straight.

“He was honest, which is something I think most players prefer because you sometimes have coaches who don’t tell you the whole truth.”

The central midfielder’s initial taste of first-team life came when he was named as a substitute against Newcastle United at St James’ Park in January 2016.

“I was actually playing for the reserves the previous night and was substituted after 75 minutes, which I thought was strange because I had been playing pretty well.

“I didn’t understand what was going on, but then Warren Joyce, the reserve-team coach, told me to go and grab a shower because there was a car waiting to take me to Newcastle.

“I was only called up to the first team because of injuries, but it was a great experience.”

He was named on the bench a number of times following that night in the North East and was finally given his chance against Arsenal.

“Usually, you start warming up after 25 minutes or go for a little run to get the manager’s attention, but it was different with Van Gaal,” Weir says.

“You had to wait until he told you to warm up, which meant he was then likely to send you on. After about 75 or 80 minutes he told me to warm up and then someone shouted down the touchline to me to come back to the technical area. I was thinking, ‘Boody hell, I am going to come on here.’

“My parents were there, but the whole thing was so quick – the adrenaline saw me through and I can’t remember much about it, apart from standing with Timothy Fosu-Mensah and Paddy McNair at the final whistle, trying to take it all in.” 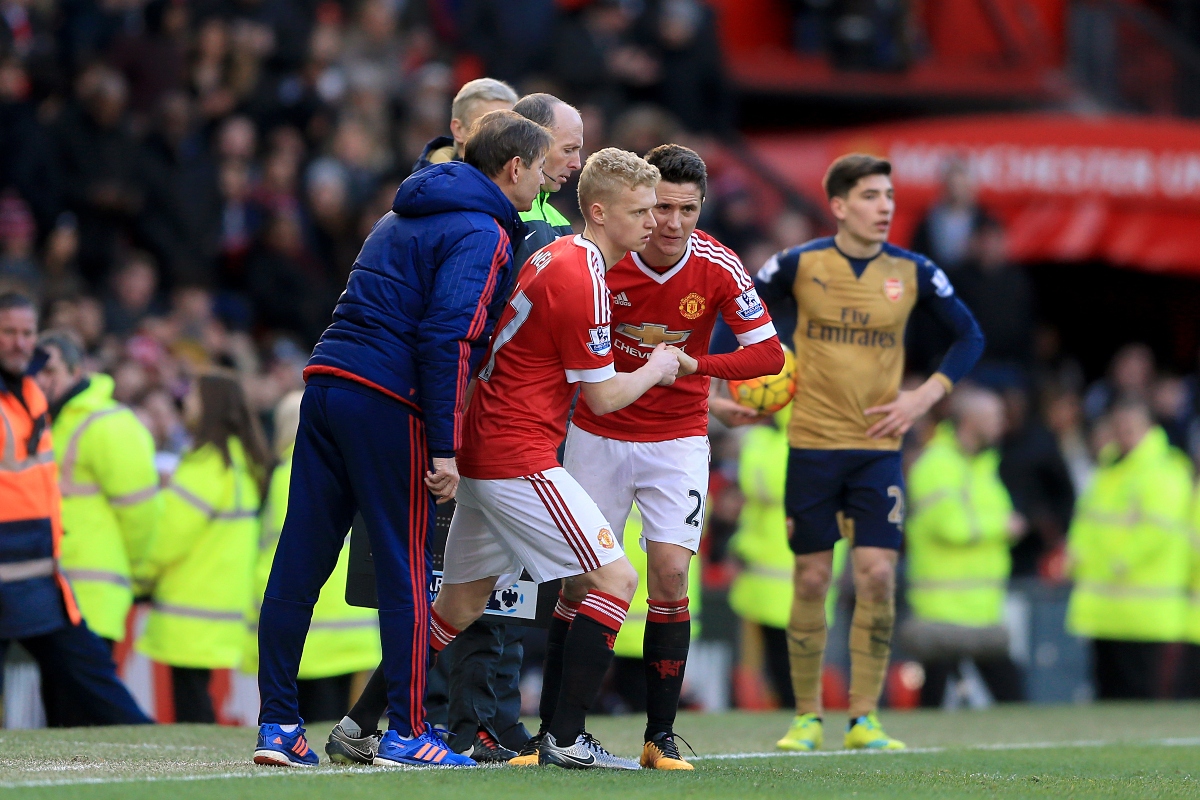 Weir was offered a two-year contract in the summer of 2016, after Jose Mourinho had replaced van Gaal at Old Trafford, with the idea that he would go out on loan.

Instead, though, he signed a two-year deal with Hull City, who had named former United assistant coach Mike Phelan as caretaker manager after Steve Bruce’s departure.

“Sometimes you can get lost in the loan system and United had just signed Paul Pogba, while Morgan Schneiderlin and Bastian Schweinsteiger were already there,” Weir says.

“At the time, I was 21 and had played one minute of first-team football. I thought it would be a good idea to join Hull on a permanent basis as they had just been promoted back to the Premier League.”

Phelan’s tenure – which was later made permanent – did not last long, however, and he was succeeded by Marcos Silva in January 2017.

Weir found his opportunities limited and made a temporary switch to Wigan Athletic, who were managed by Warren Joyce, his former coach at United.

Returning to Hull, who had yet another new manager in Leonid Slutsky, he finally made his league debut for the Tigers on the opening day of the 2017-2018 season, a 1-1 draw with Aston Villa.

Catastrophically, he suffered a serious knee injury while playing for the reserves and spent 15 months on the sidelines before being released at the end of the 2018-2019 campaign.

“I was really unlucky and just didn’t get the chance to prove myself at Hull,” Weir says. “I was nearly 24 when I left but I’d played something like 16 first-team games in my career.”

The next stop for him was closer to home, signing for Bolton Wanderers, who had gone into administration and were struggling to find a buyer.

Weir only put pen to paper on the morning of the first game of the season, a 2-0 defeat at Wycombe Wanderers. Weeks later, manager Phil Parkinson resigned and was succeeded by Keith Hill.

Matters turned sour a few weeks into Hill’s reign when, having substituted Weir in the 37th minute during an EFL Trophy match against Manchester City Under-21s, he publicly criticised the midfielder for his performance.

“It was a bit of an eye-opener going to Bolton,” Weir says. “On my first day there, there were players talking to the press about how they hadn’t been paid, so we were not sure what was going to happen.

“At the time, I just wanted to play because I felt I had been forgotten about a little bit and thought that Bolton would be a good fit.

“I didn’t know anything about the manager’s comments until somebody told me, so my confidence went a bit and it wasn’t a good time.

“I am somebody who sometimes needs an arm around the shoulder and it frustrates me when I look back on my time there.” 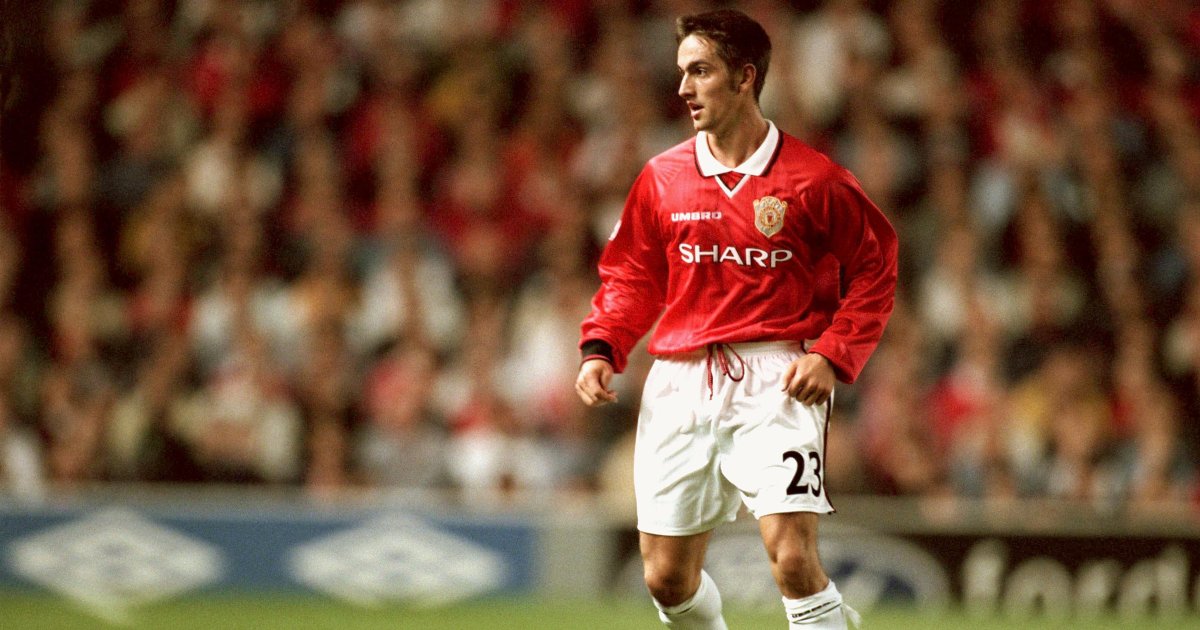 Having left Bolton in January 2020, he went on trial at Czech side Slovan Liberec before signing for Slovakian club FK Pohronie, based in the small city of Ziar nad Hronom, two months later.

But the pandemic soon struck, and he left Slovakia for Manchester on one of the last flights out of Bratislava before the first lockdown was implemented.

He returned in May 2020 and made his league debut the following month, quickly becoming a fan favourite.

“Ziar nad Hronom was not the best place to live and barely anyone spoke English,” Weir says. “There were a few lads from Africa in the squad who spoke English, so we used to meet and play cards in the local coffee shop.

“I enjoyed it there, but I did look at Slovakia as a stepping stone.”

A deal to join MTK Budapest was struck earlier this year, and he made the move to the Hungarian capital in May.

“Hungary is a good option because I know the league standard is better, MTK is a good club and Budapest is a better city to live in,” says Weir, whose wife, Annabelle, remains in England.

“The guys at the club are really nice and a lot more people here speak English. Hopefully, when things get easier, Annabelle can come over every few weeks.”

Weir insists he has no regrets leaving United and is settling in nicely at MTK, where his team-mates have dubbed him “Scholes” after the Reds’ iconic midfielder.

“I am not sure whether that it is to do with looks or skills, but hopefully it is both! If I could go back to my time at United, I would be more assertive and confident in myself.

“To have played for the first team is an amazing thing, even if it was just for a minute.”