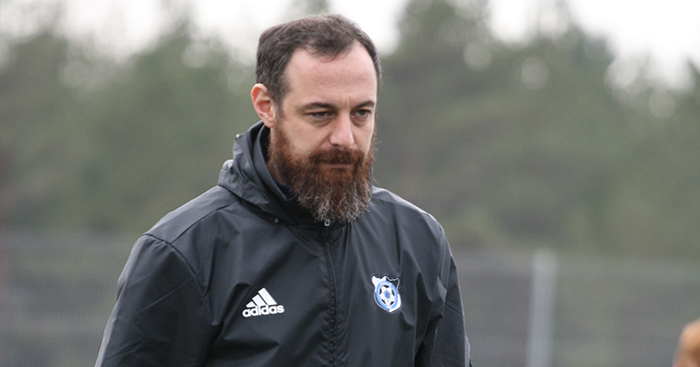 Estonian football has had its fair share of imports. There have been Brazilians, Japanese and Ivorians. But there has been only one Englishman.

Richard Barnwell has played, coached and worked as a TV pundit in his new homeland, and now he’s managing not one but two of the national women’s under-age teams, as well as a men’s team in the country’s second division.

The Estonian FA have high hopes for him and hope he will complete his UEFA A Licence this year, but he’ll need to get time off from the hotel he works at first.

“I now coach the Women’s U18 and U19 National teams and I coach a men’s team in the second tier,” he says. “I also work as a hotel GM so it’s a busy schedule when I need to be away for 10 days at the youth qualifying tournaments.”

Born in Kendal, Cumbria, the 39-year-old has come a long way – both literally and figuratively – from playing for his college and in the West Lancashire Football League. In fact, he never expected a career in football at all.

“I hadn’t been in any academies. I played in local youth leagues and for Lancaster & Morecambe College, but when I was in my late teens I was having problems in my knee with Osgood-Schlatter disease. I wasn’t planning a future career as a footballer.” 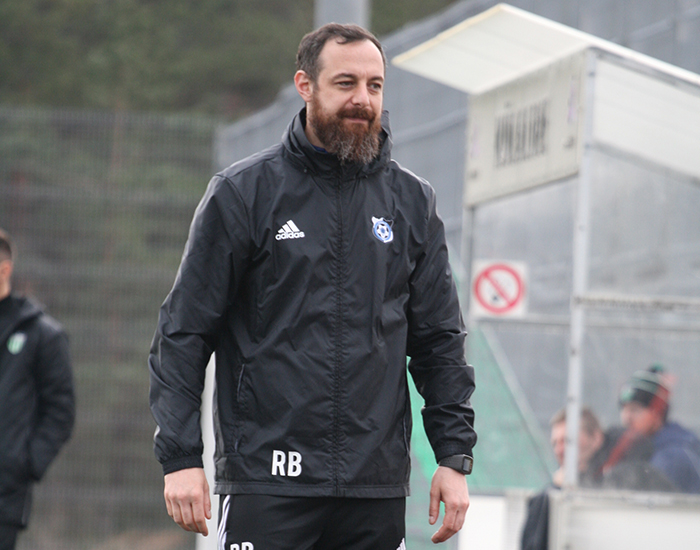 This is when Barnwell decided to turn his attentions to coaching. After initially deciding to apply for university, he made a pretty radical change if plans and took up a position as a football coach over 3,000 miles from home.

“I applied for universities but then decided to take a year off and successfully applied to work for a football coaching company in the US close to New York,” he says.

“That was my first real taste of coaching and they had a good professional development scheme.

“I learnt a lot in that year and I went back the following summer and I loved seeing a new part of the world. As a family we didn’t have the money to travel a lot out of the UK so for me it was a real eye-opening experience.”

Although Barnwell had the harrowing experience of witnessing the 9/11 terror attacks, his time in New York gave him the unexpected bonus of meeting a woman who would introduce him to his future home – and future career.

Things started to happen very quickly from there for the Englishman.

“While in the US I met an Estonian who invited me back to see her country in 2002. I knew nobody else there so I thought the best way to meet people was to join a team.

“I joined a team in the third level of Estonian football and we reached a promotion play-off final in my first year. I scored a hat-trick in the second leg and someone must have been watching as I got invited for a trial and was offered a pro-contract for FC Levadia.” 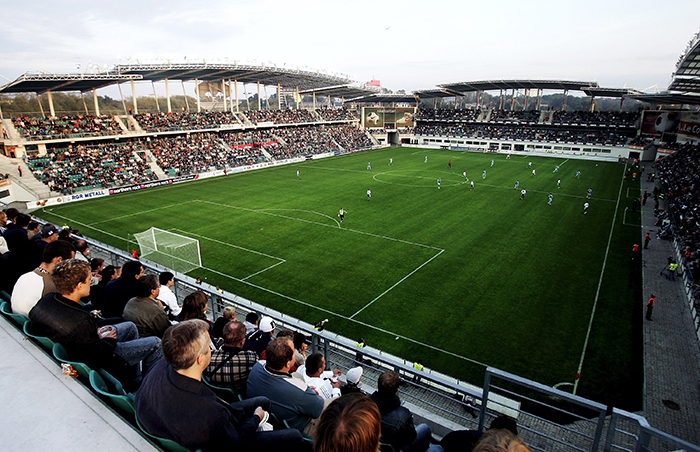 During his first season and a half with Levadia, Barnwell featured in the UEFA Cup qualifying round and in some matches in the Estonian top division, the Meistriliiga, but he found it hard to make the first team regularly under Italian coach Franco Pancheri, a former player for Inter Milan and Udinese.

Things got even worse for the forward when he dislocated his shoulder following a slip in the icy conditions.

This is where coaching once again came to the forefront and it proved handy to supplement the low wages players received.

“I managed to renegotiate my contract so it was a coaching contract and I took on a youth team for the club,” he says.

“Back then in Estonia, only the top three teams were fully professional and even then the salaries were very low. I always did some coaching when I was playing, either for the club’s youth groups or I helped a local tennis club with fitness training.”

Barnwell’s fledgling coaching career took a brief break when he joined Icelandic side IA Akranes on loan in 2004, and he used the money he earned to fund a three-year International Business degree, having accepted that playing football was not a viable long-term source of employment in his new homeland.

The degree studies also saw him take a hiatus from playing, though he did help Nõmme Kalju earn promotion the top tier in 2009, but he has continued to coach throughout his time in Estonia.

“I have had some good youth players go on to good clubs and youth internationals,” he says. “The highest standard would be Mattias Kät who is at Fulham, on loan with Ross County at the moment. He’s made his debut for Estonia and is first choice in central midfield.

“Going away for youth tournaments is an amazing experience too. In October we travel to Northern Ireland and face Germany.” 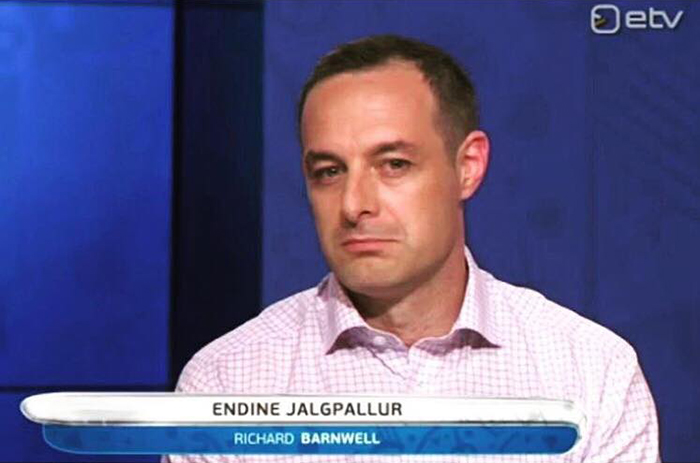 Barnwell has learned to understand and speak Estonian, meaning communication is no problem, but he would love to return to coach in his homeland at some point.

“I have a young family here to consider and perhaps right now isn’t the time (to return to the UK). But both the FA and my club team want to get me through my A licence this year so in the future, returning to the UK is strong possibility.”

Barnwell’s career path speaks volumes for the benefits of moving abroad as a young English footballer or coach.

He may have had to work to supplement his coaching career in Estonia, but he has also experienced playing European football, something it’s fair to say he was unlikely to have achieved had he stayed at home.

Understandably, then, Barnwell would recommend others following his lead.

“If you’re at that level where you can play in a league that may be a lower standard than the Premier League or Championship but it can offer you high level coaching, great experience and also a chance at European football, I would highly recommend it.

“We’ve still not had another Brit in the Estonian top division but there are other foreigners here now so it’s a good place to come and help build a footballing CV.”

There is unlikely to be surge of English talent flocking to Estonia any time soon, but if Barnwell’s story can inspire even one young footballer to try a different path towards their dream, there might just be another interesting story to tell years down the line.