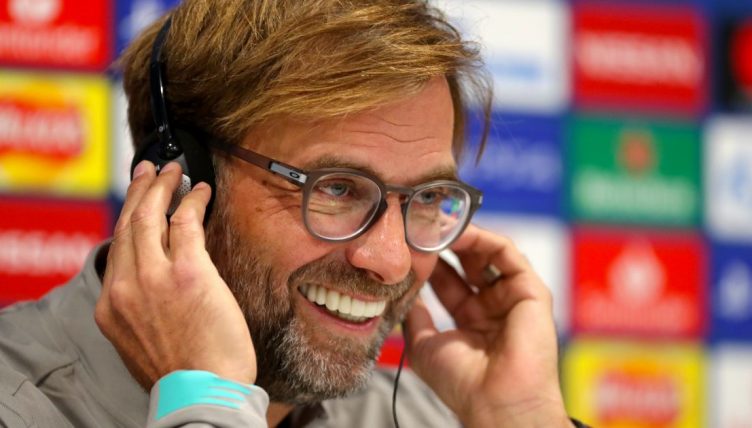 You probably haven’t heard of Tony Costante, but thanks to Liverpool manager Jurgen Klopp, you’ll almost definitely have heard him speak.

Costante, a freelance translator and interpreter, has been working in football since 2003. Sitting alongside managers at pre and post-match press conferences, as well as in one-on-one interviews, over the subsequent 15 years, you’ll have heard him speak countless times without ever thinking too much about it.

That was until April 2018 when Costante, Nottingham-raised but of Italian heritage, sat next to Klopp ahead of Liverpool’s Champions League game against Roma.

After the Reds boss had given a long answer to a journalist’s question in the press conference, he watched in awe, smiling and laughing throughout, as Costante translated his words into Italian.

Klopp started a round of applause for Costante after he had finished, declaring “What a man” – and the clip went viral across social media.

Costante, who is fluent in Italian and French, says: “I was a little embarrassed by that, but only in the sense that I was just doing my job.

“Starting the applause was not really necessary because I was only doing what I get paid for – even though it was really nice of him.”

Costante first landed on the football scene in 2003 ahead of the all-Italian Champions League final between AC Milan and Juventus at Old Trafford.

Having worked in Brussels for the G-14 organisation of leading European clubs, he was asked by Philip Dickinson, the owner of the Premier Language Solutions agency, to provide interpretation at a planning meeting before the game.

It led to him working at the final itself, where he was pitch-side, announcing the team line-ups and relaying important information to the Milan and Juventus supporters.

It meant that he was called upon more regularly in what has become a pivotal part of the football service industry.

“The aim is not to translate everything word for word, but I am already thinking what I am going to say in English if I am interpreting a French or Italian-speaking manager, while listening to him at the same time,” Costante says.

“I know some people find it difficult to comprehend, but I guess we are all doing more than one thing at a time with our brain. 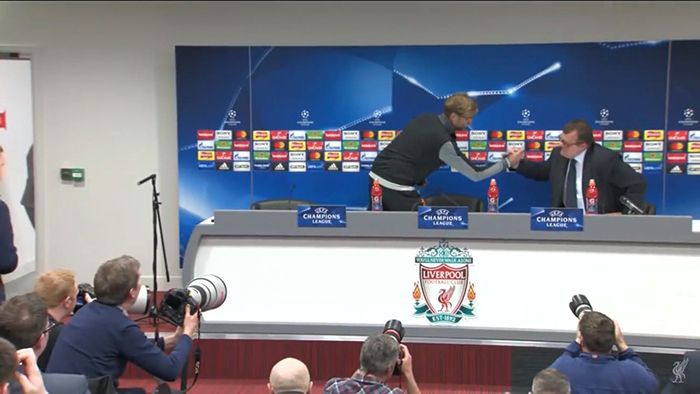 “When I am working at a game, I always watch the actual match from the stands with my notebook because you get a feel for it and you see what is happening on the pitch,

“If a player goes off injured or someone is sent off, I will note it down, because I know a journalist will ask about those things during the post-match press conference.”

Costante also understands that certain managers will be grumpier than others if their team has lost a game and they then have to face a barrage of hacks desperate for a controversial comment or two.

“It was obvious that Jose [Mourinho] was fed up, but he was nice to me and thanked me after the press conference had finished.”

In fact, in the video below, Mourinho, who started out in football as an interpreter, can be seen nodding throughout as Costante repeats his long opening answer in Italian, responding “perfect” after his translation (4m 1s).

Costante adds: “Obviously some managers speak more than one language and listen very carefully to what the interpreter is saying and will even step in to correct the interpreter if they think that they have made a mistake.

“Some of them have a reputation for it, but it is something I have managed to avoid so far.

“It certainly keeps you on your toes, though.”

Costante’s services aren’t just required at the press conferences, either.

For starters, he will be at the UEFA pre-match meeting which goes through potential kit clashes and safety procedures.

He will also be present at a lunch for the home side’s directors and their visiting opposite numbers, as well as dealing with any kind of issues that may pop up ahead of – or during – a game.

“I was at a lunch before the Manchester United and AC Milan game a number of years ago when Adriano Galliani, the Milan vice-chairman, asked me to tell Sir Bobby Charlton that he had always been a fan,” Costante recalls.

“Then there was the Napoli director who was star-struck because Kenny Dalglish was in the room.

“Another time, Everton were playing Atalanta in the Europa League at Goodison Park. Atalanta had a Belgian player and his cousin turned up to collect his match tickets, but he only spoke French.

“The people in the ticket office were completely flummoxed, so I was called to go and help out the situation.” 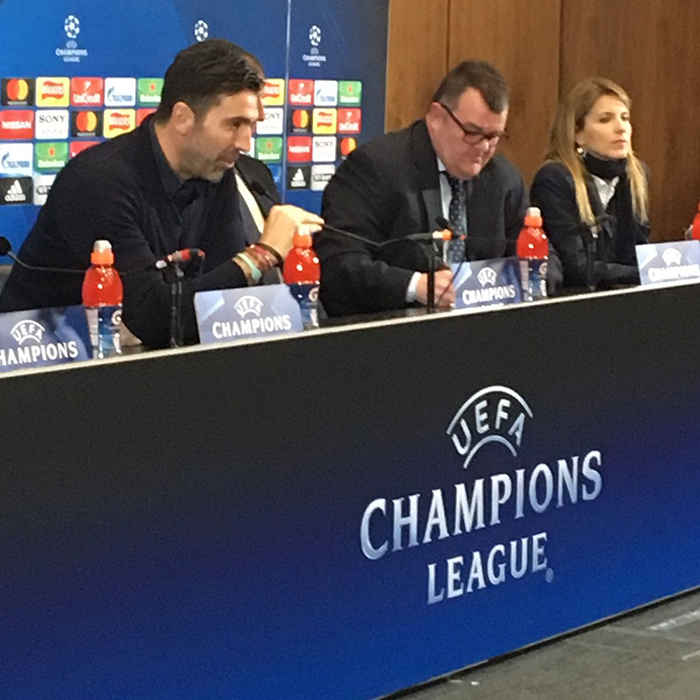 A childhood Foggia fan, thanks to his father’s roots in the province, Costante also maintains a soft spot for Juventus, as he visited family in the north of Italy during the school holidays and was a regular at the club’s junior training camps there.

He is also a lifelong Nottingham Forest supporter and became close to Andrea Silenzi, whom the club signed for £1.8million in the summer of 1995.

But the much-maligned centre-forward, who scored just twice in 20 games, was given little support by Forest, both on and off the field.

It is in stark contrast to today, where a new foreign signing has his every whim catered for.

“They had stuck Silenzi, his partner and baby in a hotel,” Costante says.

“He didn’t speak English. The poor guy phoned me one day to tell me that his baby was ill and they didn’t know what to do, so I had to sort that out.

“On the training ground, the manager, Frank Clark, would say something and Bryan Roy, a Dutchman who had spent only a year with Foggia, would try and translate for Silenzi.

“That was the only support he got.” 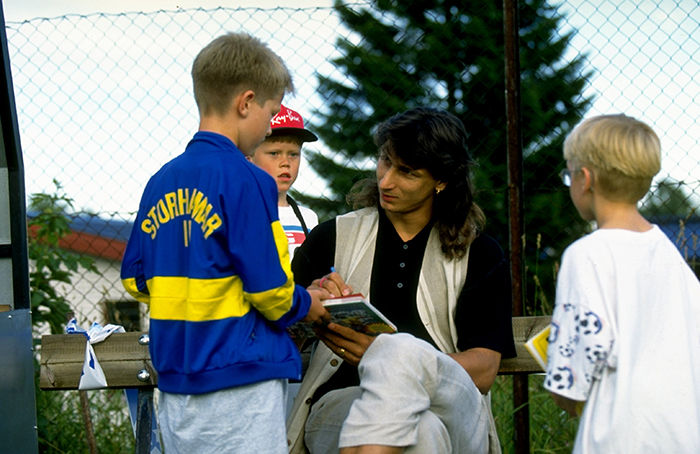 As well as his UEFA duties, Costante was a frequent visitor to Stamford Bridge during the Maurizio Sarri era, providing the former Chelsea manager with language support during interviews.

And he did the same for Frenchman Claude Puel at Leicester City, as well as for Roberto Mancini, when he was in charge at Manchester City.

But who would have been his dream manager to translate for and dream game?

“It would be translating for Brian Clough, but when he was managing Derby County and felt they were robbed in Turin against Juventus in the 1973 European Cup,” Costante says.

Never mind Klopp making him the centre of attention – just imagine the kind of fun Clough would have had with him.

This interview was originally published in November 2018.