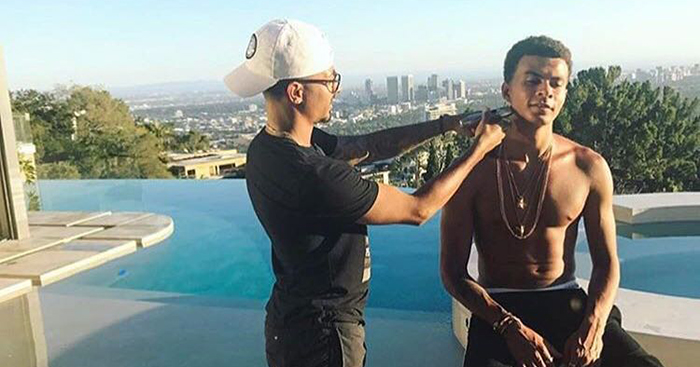 When it comes to improving England’s record at major international tournaments, the last thing you may think of is the need for an on-site barber.

While Roy Hodgson’s men were busy getting dumped out of the 2016 European Championship by Iceland, it’s unlikely any fans were wondering if the players were happy with their haircuts.

But for Justin Carr, that’s all that mattered, after the team decided to take their regular hair stylist out to France with them.

Carr, who has worked with the likes of Alex Oxlade-Chamberlain, Kyle Walker and Dele Alli for a number of years, says it was an incredible experience.

“It’s an honour really to go away with the England team,” he says. “I know that a lot of people would want to be in my shoes.

“To meet the players and the staff and get involved in getting everyone game-ready was amazing.

“There’s a lot of eyes watching, especially when it’s the England football team, a lot of players know that the cameras are there and they want to look sharp.

“With so much social media happening around football now they all want to make sure they look on point at all times, so it was really nice to be a part of that.”

It’s been a rapid rise to the top for Carr, who recalls the time it all started through a friend who came through the ranks at Norwich City.

“I know a lad called Korey Smith who used to play for Norwich at the time,” the stylist says. “He’s from the same area as me so I’ve been cutting his hair since I was really young.

“There was just one time where he phoned me saying him and a few of his team-mates were staying in London and he asked me to come round and give them a haircut.

“So I went down and did a few of the players, and one of them was Kyle Naughton, who at the time was at Tottenham, and I ended up becoming his barber.

“Through him I met the likes of Kyle Walker and just ended up making friends, making sure I was there for them whenever they needed a trim, and I used that to build up a reputation from there.” 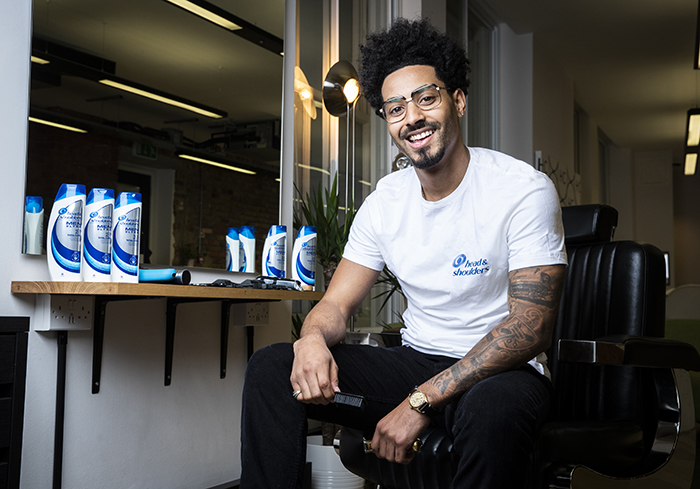 Since then, the barber has gone on to cut the hair of some of England’s top players, and still offers many a regular stop in his London salon.

“I still work with Kyle Walker, the likes of Alex Oxlade-Chamberlain, Danny Welbeck, Kieran Trippier, there’s a few around in the football industry that I’m working with right now.

“I’m also cutting a lot of the younger players coming through as well as some of the older England boys like Jordan Henderson and Adam Lallana whenever I see them. It’s just all a pleasure to get my work out there.

“Some players are as regular as once a week. It often depends on appearances, games and other stuff, but I’d say the average is between one and two weeks (per cut). I just try and make sure I’m always available for them.

“You’ve got to try and fit round their schedule, so sometimes it would be a day before a match because there’s travel and they often need their rest so you don’t want to be going round there too late.”

Last summer, Carr proved he was ready to go to whatever length to help out his friends in need, as Dele Alli and Alex Oxlade-Chamberlain flew him out to Los Angeles for a touch-up while on holiday.

“That was an amazing experience for me,” he said. “To be taken out there and be able to enjoy my time out there as well as work, it was a double whammy.

“It was just such a blessing for everything to happen, then to get the pictures that they took and posted on their Instagram, I was buzzing.

“It’s mad to see my work out there and people giving me credit for the work I’ve put in for all these years.”

And after being called-up to join the squad in France two years ago, the barber has his sights set on a trip to Russia this summer when the World Cup rolls around.

“I still trim a few of the players and we’ve got a good relationship, so for me it would be another great experience and another great memory,” Carr said.

“Regardless, I obviously just want the boys to do well, but if I do go, that will be a top honour.

“It doesn’t happen every day and it’s not a thing that everyone gets to experience, so if I do get to do that, it will just be another story to tell the grandkids.

A post shared by Alex Oxlade-Chamberlain (@alexoxchamberlain) on Jul 4, 2017 at 4:25am PDT

“After a lot of hard work, it’s amazing for me to do these things and develop relationships with these people.

“Ultimately, just meeting the lads and building the friendships have been great for me, because I didn’t know the football industry at all when this all started.

“To be in and around football without actually being any good at it is a pleasure.”

It remains to be seen whether Gareth Southgate’s England can produce better than the disappointment of two years ago, but one thing you can be sure of is the players looking ‘on point’ when his side take to the field in Russia.

To promote the Men Ultra range, Carr has partnered with Head & Shoulders to launch their new campaign – #JUSTWATCHME – encouraging football fans to be bold, brave and support their team through their own hairstyles. As part of the campaign, fans can now get exclusive footballer hairstyle tutorials so they can replicate some of the beautiful game’s most iconic hairstyles this summer.