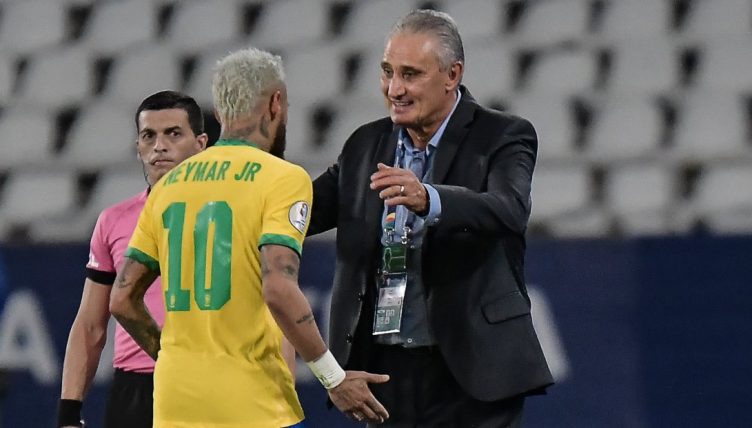 It was the end of the game at the Estadio Olimpico in Goiania, Brazil. Ecuador had just held hosts and favourites Brazil to a draw in their 2021 Copa America group stage game and the Ecuador manager, Gustavo Alfaro, had something he wanted to say to his opposite number.

He strode over to the Brazil coach Tite and covered his mouth to hide what he was saying. It was in vain. The words were picked up by a microphone nearby. “Keep fighting,” Alfaro implored, “because this [Copa America] is yours and you are going to end up champion of the world. Remember what I am saying.” The words were followed by a warm embrace.

It was an odd moment. But then this has been an odd Copa America. In the moment, though, there is a story; one of Tite, the esteem in which he is held by some and the battle he faces to please many others.

In terms of Alfaro’s predictions, the first, about the Copa America, could come true on Saturday night at the Maracana. Brazil have reached a second Copa final in succession and face Argentina in a clash of continental giants. The second, about the World Cup? Well, we’ll have to wait and see.

Before coming to Brazil’s Copa America and World Cup prospects, though, it is interesting to ask why Alfaro felt the need to make such an impassioned plea. Is Tite, a man who has won so much at club level, seen his Brazil lose just four of his sixty games in charge and won the 2019 Copa America on home soil, really in need of such words of encouragement?

The answer, in short, is yes. For despite all his achievements, winning the last Copa America in 2019 among them, he is not adored in Brazil, nor is his job made any easier by his employers or his nation’s politicians.

Tite took over as Brazil manager in 2016 after a horrendous spell in the nation’s footballing history. The 7-1, 2014 World Cup semi-final defeat to Germany was still fresh in the memory and Brazil had come up short at back-to-back Copas America in 2015 and 2016 with the dour Dunga at the helm.

Tite was the obvious candidate for the job. Over the previous eight years, he had won everything there was to win in South American football – a Copa Sudamericana with Internacional, as well as two Brazilian titles, a Copa Libertadores and the coveted Club World Cup with Corinthians. If you had to choose a candidate for the best manager of the last decade not to have managed a top European side, he would be at, or very near, the top of the list.

And for the first two years, the marriage was blissful. Tite led Brazil to seven consecutive victories straight off the bat, qualifying for the 2018 World Cup with consummate ease. Players, fans and journalists were in awe of him, hanging off his every word.

But Brazil lost to Belgium in the quarter-final of that tournament, and things have not been the same since. That is the period to which Alfaro was referring.

In his press conference after those words of encouragement and the embrace, Alfaro made that clear. “When Brazil were eliminated from the World Cup against Belgium,” he said, “they played a great game.”

That, objectively, is true. But Brazil lost and, in Brazil, losing is unacceptable, even if ill fortune plays its part. Referring to the fallout, Alfaro continued: “Not everyone has the greatness that [Tite] had to deal with that moment.”

The criticism started immediately after that Belgium game, and though not everyone sees it in the same light and his players back him to the hilt, Tite is yet to win back many Brazilians.

Scroll through any Twitter conversation about the Selecao manager and you will see the same complaints repeated: he is too negative, too cautious; he has his favourites and has not changed the squad quickly enough; his side have failed when they have come up against strong opposition and will do so again in 2022.

In many instances, it feels like he cannot win. When Brazil won the Copa America in 2019, many said that he was lucky Neymar got injured as it made it easier to put together a functional team. In this Copa America in 2021, in which Neymar has been Brazil’s best performer, you can easily find naysayers on the internet who complain that without Neymar this team would have nothing going forwards.

Admittedly, Brazil were slow to recover after the 2018 World Cup and Tite was steady in the way he integrated a new crop of players. The accusations of caution are also correct to some degree. Tite, even in his ultra-successful days at Corinthians, was always a conservative coach by nature.

But Tite has always carried himself with great dignity and Brazil have not lost since November 2019 – and even that was in a friendly against Argentina that took place in Saudi Arabia. Since that, Brazil have played 13, won 12, conceded four and scored 31. 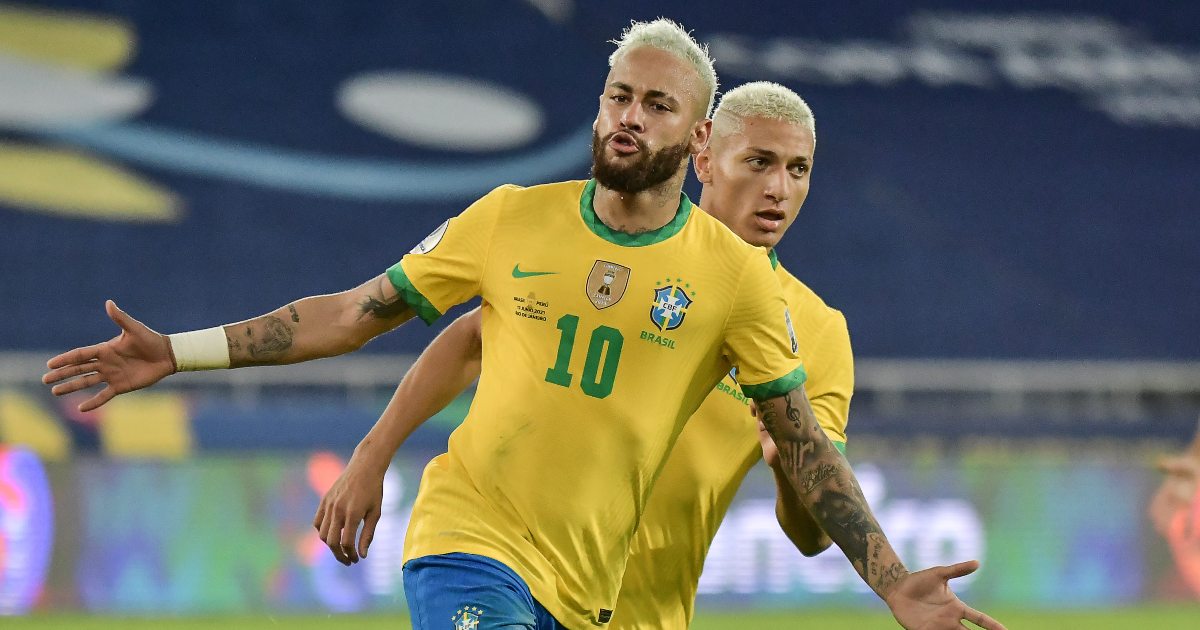 READ: Neymar treating the Copa as a game of FIFA Street, as three tacklers found out

In that time, Tite has constructed a more stable formation for his team, one that is well suited to the demands of modern international football. Like with Roberto Mancini’s Italy, Brazil’s left-back advances high and wide, while the right-back tucks in, providing an extra body in the middle or at the back.

The shape solves the problem of defensive openness that Brazil had against Belgium in 2018, when, with both of their full-backs pushing on, Fernandinho was left horribly exposed. Additionally, it allows Neymar to drift in from the left to take up the central positions from which he is most effective.

Since the introduction of the UEFA Nations League, however, the top European sides have little opportunity for intercontinental friendlies – and even if they did the CBF usually prefer to organise money-spinning jaunts to places like Saudi Arabia, the USA or Singapore. With no opportunities to prove himself against the best teams, Tite is placed in a difficult position and his detractors are handed a stick with which to beat him.

So, what can he do? Winning the Copa America on Saturday night, even though it would be a second major trophy in three years, would not suffice. Argentina are seen by many Brazilians as weak opponents, certainly not up to the level of the European sides. And this entire Copa has taken place amid political interference, scandal at the CBF and the dark clouds of a Covid pandemic that has ravaged the nation.

Tite and his players made it clear that they did not want the Copa to take place in Brazil again this time and for that Tite was ridiculed by Brazil’s Vice-President Hamilton Mourao and threatened with the sack by CBF president Rogerio Cabolco, who has since been suspended pending an investigation into sexual harassment.

For all that context, many in Brazil, even those who usually get behind the Selecao, do not want Brazil playing in this tournament, never mind winning it.

The only way out for Tite, then – the only way he will satisfy his demanding public – is to stick it out until November 2022, like Alfaro urged him to, and to have another go at the World Cup.

With Caboclo out of the picture, Tite’s job is almost certainly safe. And with his tactical work and the introduction of new personnel over the last three years, he has at least set the groundwork for a good shot at Brazil’s sixth world title.

Winning the Copa America is all well and good, but in Brazil, there is only one international trophy that really counts.