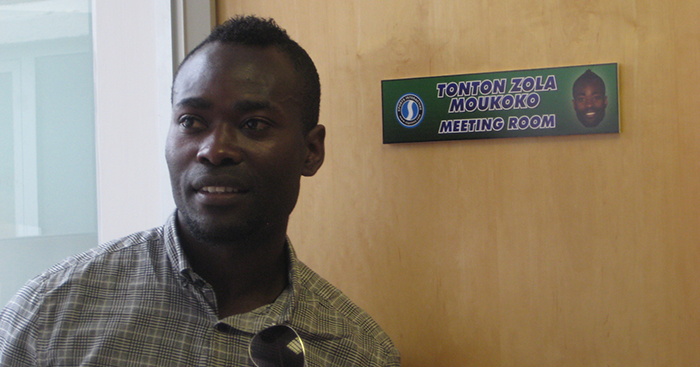 The Championship Manager series created many surprising heroes – and Tonton Zola Moukoko is arguably the biggest of them all.

A sensation in the virtual world, the former Derby County playmaker was never able to realise his true potential on the pitch. Yet even now, at the age of 35, his reputation as the ultimate wonderkid precedes him.

And we were more than a little bit excited to get the chance to interview him.

Born in Congo, Moukoko lost both parents during his childhood and so moved to Sweden to live with his older brother Fedo, who became the driving force in both his life and his career.

He started playing football in more structured settings and was soon attracting the interest of much bigger clubs.

“In Congo we didn’t really play organised games,” says Moukoko. “We were just kids playing in the street, not like proper teams. Then I went over to Sweden with my brother and from there everything was just natural.

“I joined a club called Djurgardens and things were going really well for me. I played for the national team at Under-16s and lots of clubs saw me and wanted me to train with them.

“I was a midfielder. A very good technical player – good passing, dribbling, understanding. I wasn’t very big. I was more like Iniesta, Messi – these kinds of players.” 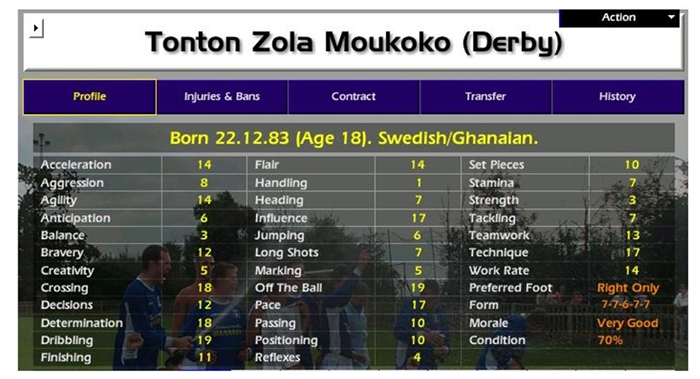 News of Moukoko’s prodigious talents soon spread across Europe.  He had trials with Italian clubs Bologna and Empoli, but it was an offer from Premier League Derby that appealed most. He joined them as a 15-year-old.

“In England, the way they take care of the young players is really good. You go to school to learn, whereas in Italy it’s a little bit different.

“My brother saw that and thought it would be good. I also had some relatives in England. They were living in London,” says Moukoko.

“I liked Derby a lot. I moved there because of football, and I love football, which made it easier. Of course I didn’t have any friends there at the time, but it was OK.

“When I moved to Derby they had some great footballers – (Georgi) Kinkladze, (Stefano) Eranio. They had some good, technical players. With the academy and the youngsters we had some good players as well.”

Like most young players arriving from abroad, Moukoko stayed in digs where he was looked after by a local family. He was playing well and, because of his exceptional attributes on Championship Manager, receiving an unusual level of attention considering he had yet to progress beyond the reserve team.

“I didn’t really know that game, because I’m not the kind of person who sits on the computer,” he says.

“I think Ian Evatt was the one who introduced me to it. He said, ‘Do you know you’re one of the biggest players in this game?’ He showed me and it was amazing.

“Once we were playing a friendly, and then after the game lots of people came to get my autograph. I was thinking, ‘Why?’ Lots of people who were playing Championship Manager knew me. They were all standing in line wanting autographs,” he laughs.

Sadly, Moukoko never took that final step into the Derby first team. He would sometimes train with them and felt he was getting closer to selection, but then unforeseen events took over.

“You need to have luck in everything you do, and with the people around you,” he says. “Family-wise I didn’t have this luck. My brother, who took me to Sweden, died when I was at Derby.

“When he died everything came out of me. I didn’t have anything left in my body to play football.

“It took a lot from me. When I lost him it was like I lost my energy, my life. Everything was just gone. I just didn’t want to play football anymore.”

For someone so young, who had already experienced the loss of both his parents, this was another devastating blow. Moukoko was just 18 and no longer felt able to commit to his football career. He returned to Sweden and took a break from playing.

It would be two years before he felt able to return to the game, signing for Carlstad United in the Swedish fourth tier, but nothing could ever quite be the same again.

“I was just playing to get my energy back,” he says. “It wasn’t easy. I tried, but as soon as you leave football it’s not easy to get back to the level you want.

“And at the time I had to get new people who were going to manage me because my brother had been doing most of those things. When he left it became very hard to start again.”

Moukoko went on to play in Norway and for a couple of more Swedish clubs before starting his own club in 2013: Kongo United FC, based in Stockholm and currently competing in the seventh tier, with ambitions of rising much higher. 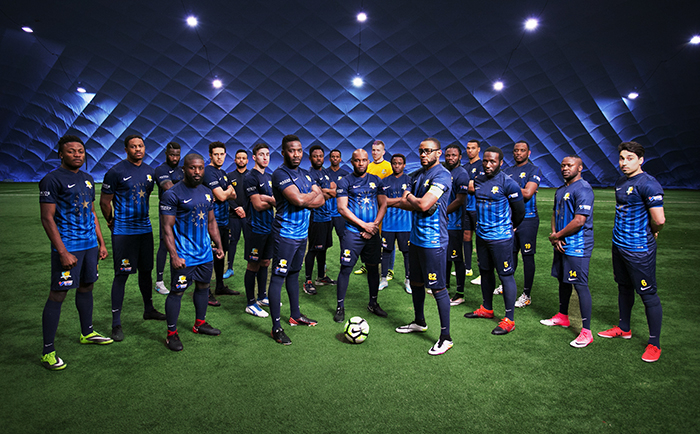 Moukoko also works as an agent, using his own experience to help young players find clubs in Europe.

He may not have achieved all that he wanted to as a footballer and become the global star that Championship Manager predicted he would, but Moukoko is known to millions around the world regardless.

He’s a massive part of the game’s legacy and was even invited to the Sports Interactive studios to open a meeting room named in his honour. 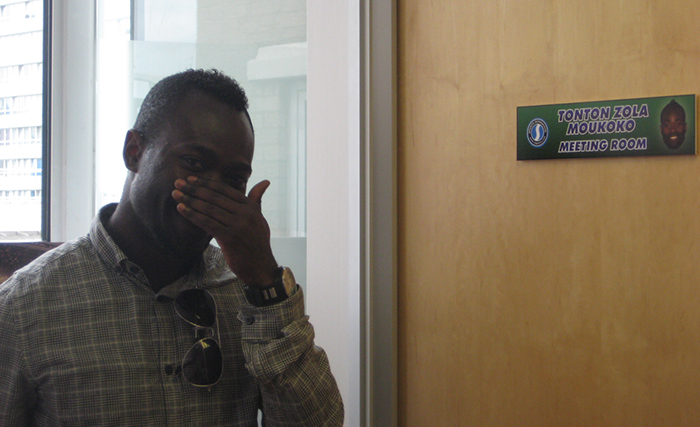 “It’s odd. The way I was in the computer game is how people were waiting for me to be in real life,” he says. “I still get some calls from people in different countries who want to speak to me. I’m very happy that people haven’t forgotten me.

“I kind of like it. To let people know that I’m still here, even if things didn’t work out the way people wanted them to. People phone me and want to know what I’m doing. I’m lucky. I’m very happy.”

It’s a long time since Moukoko left Derby, but he forged some enduring friendships while he was there. Even now he remains in contact with several of his old colleagues, including Evatt, Pablo Mills, the former academy director John Peacock and youth team coach Gary Bowyer.

Outside of football, life is going well for Moukoko and his family. He married his long-term partner five years ago and together they have a young son, Zion, who will one day learn of his father’s curiously iconic status.