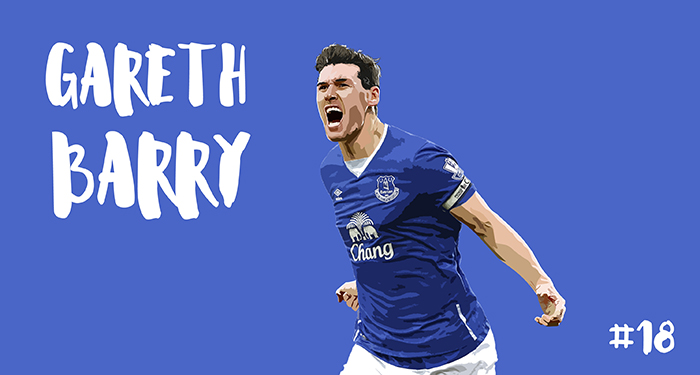 Ask an Aston Villa, Manchester City or Everton fan for their opinion of Gareth Barry and you might be surprised.

Roberto Martinez may have gone slightly overboard in his praise of the midfielder when he called him “one of the best English players ever”, but the then-Everton manager’s comment was almost certainly made with Barry’s critics in mind.

You see, despite being one of only three players to have made more than 600 Premier League appearances, Barry has never been truly appreciated by those that haven’t watched him on a regular basis.

There is no better example of the attitude towards Barry than the reaction of Liverpool fans after he had been targeted by Rafa Benitez in the summer of 2008. “You can stick your Gareth Barry up your arse,” they sang. His crime? Not being Xabi Alonso.

After a decade in the Aston Villa first team and 327 Premier League appearances, Barry was Benitez’s top target to improve a Liverpool team that had just finished fourth in the table.

“Barry was perfect,” wrote Benitez in his book, ‘Champions League Dreams’. “He could play as a central midfielder, of course, but he had some experience as an attacking left-back, which would be a useful option for home games where we were expected to go forward, and even as a left-winger.” 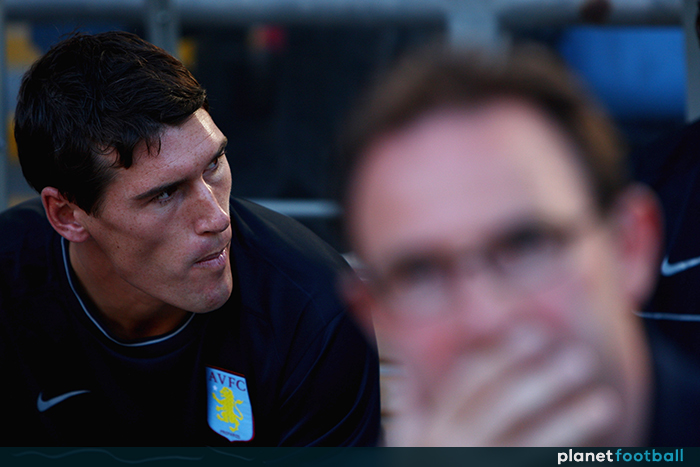 The transfer never happened, of course. Villa stood firm and Liverpool suffered not just in the short term but for years to come, with Xabi Alonso becoming disillusioned at Benitez’s attempts to sell him to free up funds for Barry, leaving for Real Madrid a year later.

Barry, meanwhile, was stripped of the captaincy and made to train with the kids for a fortnight after going public with his desire to make the move, but rather than sulk, he did as he has always done: got his head down and went to work with no fuss and no nonsense.

That attitude has been a constant theme throughout Barry’s career.

“I have never seen a player with such incredible professionalism as Gareth Barry,” Martinez said.

“Gareth is one of those players who gets underrated. The reason we have so many developing young players is there are leaders in the mould of Gareth Barry. It is no coincidence when we have Gareth Barry around them.” 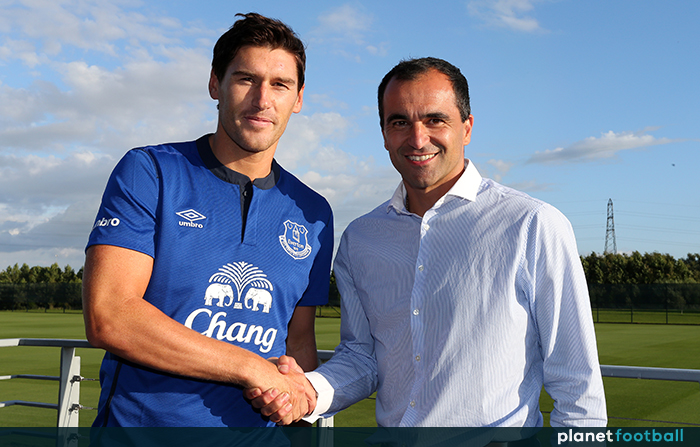 Starting out at Villa

It is already 20 years since Barry left home in East Sussex to join Villa as an apprentice.

Despite having offers from Arsenal, Chelsea and Crystal Palace, as well as Brighton where he had played as a schoolboy for six years, Mr and Mrs Barry insisted Gareth make the 200-mile move from the Hastings family home in which he shared a bedroom with his three brothers, to digs in Birmingham.

‘My mum and dad were keen for me to skip London and go to the Midlands,” Barry told the Daily Mail. “They felt a proper move would serve me better than coming home every weekend.

“I lived in digs, the minibus would arrive at seven in the morning and I wouldn’t get back until five in the afternoon. I missed my family but drilled it into my mind that I was there for the football. It was a very good decision from my parents.”

Indeed it was. Less than a year after moving north and only a few months after his 17th birthday, Barry was playing in the Premier League.

John Gregory handed the teenager a debut and his first start in the final two games of the 1997-98 season. Barry was dispatched from the bench at Sheffield Wednesday in a 3-1 win before playing 90 minutes against champions Arsenal on the final day, when Dwight Yorke panenka’d David Seaman.

In a taste of what was to come for the next 10 years, Villa fans saw Barry play in midfield and also at the back in his first one and a half games. 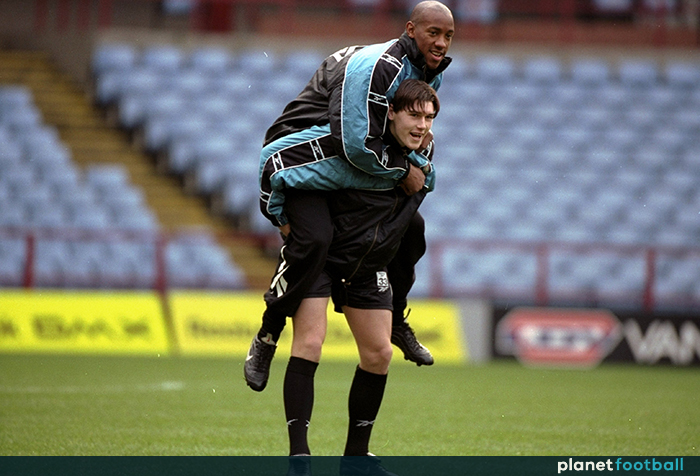 Villa’s consistency mirrored Barry’s during his early years around the first team.

His first two full seasons, which were spent primarily as a left-sided centre-half alongside Gareth Southgate and Ugo Ehiogu, ended in two sixth-placed finishes and an FA Cup final appearance in which Villa lost 1-0 to Chelsea – in the last cup showpiece to be held at the Twin Towers before they were knocked down.

It wasn’t Barry’s final appearance at the old national stadium, though, because his England debut followed 11 days after that cup final in a pre-Euro 2000 warm-up against Ukraine, while his first international start came against France in Paris on the left, which is where Barry would spend much of his early 20s.

In the subsequent couple of decades, Barry has almost completed the cycle from centre-back. From there, he moved to left-back or wing-back, then up to left midfield before shuffling across into the centre.

It was the opportunity to specialise after a decade of versatility that was a large factor in tempting him away from Villa after 12 years to join Manchester City, despite Liverpool and Benitez making a second attempt to take him to Anfield.

“I met the City manager Mark Hughes in a hotel,” Barry said. “He emphasised the ambition of the owners. He described it as a speeding train and his advice was to jump on.

“I also spoke to Rafa Benitez at Liverpool, but he didn’t completely convince me. He said he wanted me to come in, play left-back, left-midfield, centre midfield. That’s what I’d done at Villa, it wasn’t for me any more.”

Benitez turned to Steven Gerrard in an attempt to convince his former England room-mate to choose Merseyside over Manchester. “Is there anything that can change your mind? Tell me it isn’t the money…” the Reds skipper said to Barry. 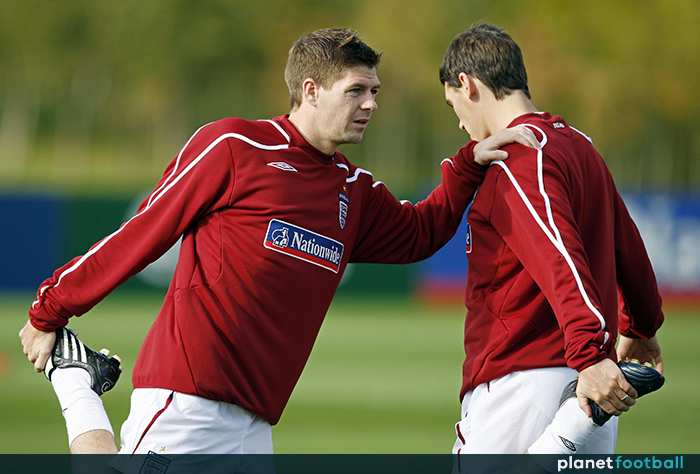 A year previously, Barry identified Liverpool’s Champions League involvement as motivation to join Gerrard at Anfield. But Barry had been given an insight into what was to come at City.

“City weren’t in the Champions League and Liverpool were, but the things being told to me were the things that happened, like signing some of the best players in the world and I wanted to be part of it,” Barry said.

Following him through the door ahead of the first full season under the Sheikh Mansour era came Carlos Tevez, Emmanuel Adebayor, Roque Santa Cruz, Kolo Toure and Joleon Lescott. City finished the season three points outside the top four in fifth, one place above Villa and two better than Liverpool. 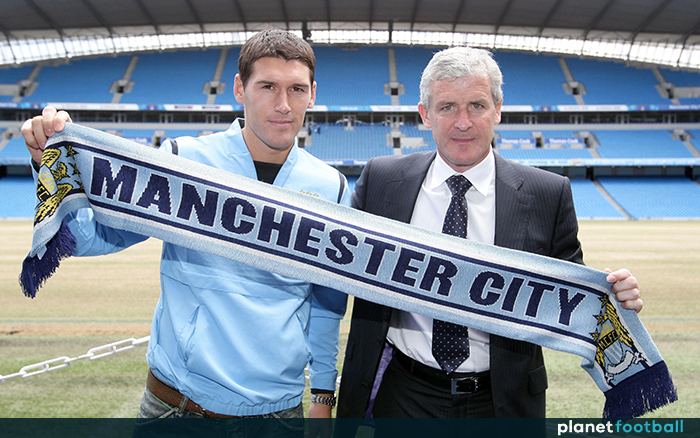 City’s ascent continued the following season, with Barry making his customary 30-plus Premier League appearances as Roberto Mancini’s side finished third and won the FA Cup – the first winners’ medal of Barry’s career, unless you include the Intertoto Cup in 2001. Which we won’t.

Only David Silva and keeper Joe Hart featured more heavily in City’s Premier League title triumph in 2011-12. Barry was the fulcrum of the best side in the league.

“He is one of those players you don’t really appreciate until he’s not there,” Lescott said that season. “He is just so consistent. You can’t sing his praises enough.

“If you ask any of our midfielders who they most want to play with, their preference would be Gareth Barry.” 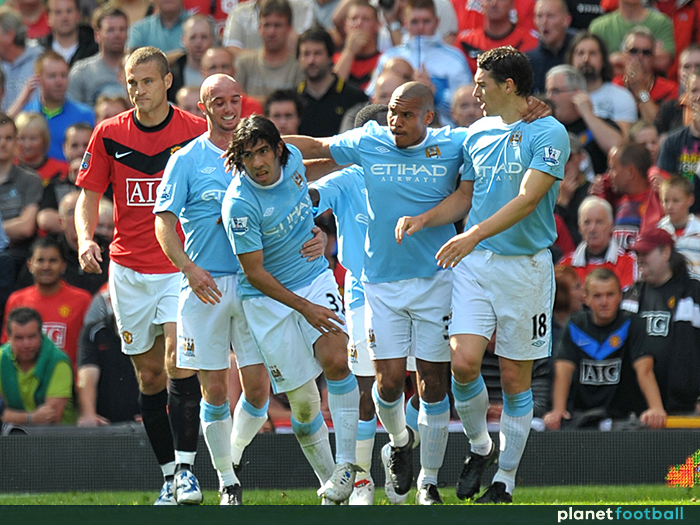 Here was tangible proof, if proof were still needed, that Barry made the right choice.

“You look at the way the two clubs have been since and City have been regulars in the Champions League and picked up a couple of trophies, while Liverpool have not,” Barry later told the Daily Mail. “I could sit here and be all smug, but I won’t be.

“I have a lot of respect for Liverpool, it’s a fantastic club with a lot of history. But things happen for a reason, and I ended up with a Premier League and FA Cup, which was massive. 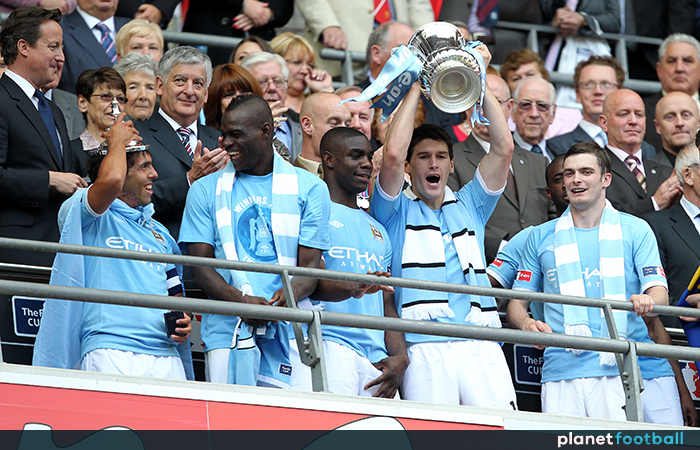 Eventually, Barry did move to Merseyside, but with Everton rather than the Reds.

And just like Martinez and every other manager before him, Ronald Koeman recognised the importance of Barry to the team and continued to play him regularly right up until the end of 2016-17, when the midfielder decided to swap Everton for a return to the Midlands with West Brom.

He has since surpassed Ryan Giggs’ Premier League appearance record. Clearly,  there is more to the midfielder’s contribution over the years than just versatility, an exemplary work ethic and a good fitness record.

Barry is certainly what Sir Bobby Robson used to call a ‘blue-chip player’ but reliability alone doesn’t get you in excess of 600 Premier League appearances and 20 years at the highest level.

Martinez’s comment was eye-catching, but Koeman had only taken charge of two Everton games when he was heaping praise equally as high on Barry.

“He is one of the best players I have managed in my teams because the cleverness of him in football is really of a high quality,” Koeman said.

Gregory, Barry’s first manager, described him as “phenomenal”. As recently as last month, Dimitar Berbatov mentioned him in the same breath as Zlatan Ibrahimovic.

“He (Ibrahimovic) has football intelligence. And then, of course, you have Gareth Barry at Everton.

“I tend to watch the older players to see how they are playing and I admire both of them because, at this age, in football, it is very difficult to maintain a high level of performance. For both those players to do this is worthy of admiration.”

Barry may never be fully appreciated by everybody, but to those that have watched him in close quarters he will remembered as one of the great Premier League midfielders.